Looking back on current and past winners.

With the Golden Globes and countless other ceremonies having come and pass, awards season (aka Slumgdogathon 2009) is approaching the final bend. But there’s still at least one more major stop before the Oscars: Rotten Tomatoes’ very own reckoning of the awesome movies of last year. We call ’em the Golden Tomato Awards, which we spread across 17 categories celebrating the Freshest of the Fresh movies (or in the case of one category, the Rottenest). Check out Golden Tomato Awards 2008, and then read on here for some factoids and fun tidbits about the winners!

GTA 2008 brought forth some familiar faces: Pixar, The Dark Knight, Hellboy II, and The Wrestler made off with some gold veggies. But small distributors also
scored, fending off the major studios’ arthouse arms that usually dominate. Magnolia Pictures (for Man on Wire), Roadhouse Attractions (Teeth), and First Look Studios (Transsiberian) all received their first Golden Tomatoes this year.

Now it’s been a roller coaster year for Warner Bros. Their Batty superhero/action/crime epic became the second-highest grossing movie ever (not accounting for inflation) and did pretty well for itself critically, as seen with its Tomatometer and Golden Tomato. But, a more dubious distinction for the studio: their first Moldy Tomato Award for One Missed Call. The January horror remake about deadly phone calls (memorably riffed on in Forgetting Sarah Marshall) struck up the rare zero percent Tomatometer. For reference, One Missed Call is only the second zero percent Moldy Tomato winner (the other being 2000’s 3 Strikes).

At the other end, this year’s multiple-award recipient, Man on Wire, is only the second 100% Tomatometer winner. The other? Toy Story 2, which took home the Best-Reviewed Wide Release award and Best Animated award in 1999, and has since been mythologized as Rotten Tomatoes’ best-reviewed movie ever.

And speaking of Woody and company, it’s impossible to talk about movie love without mentioning Pixar, the studio with an unprecedented streak of adoration from
the critical community. With  Wall-E, Pixar is closely edging towards 20 Golden Tomato category wins, far ahead of second place studios Dreamworks, Disney, and Miramax (nine wins each). Including this year, Pixar has won Best-Reviewed Wide Release for five of the past 10 years.

Wallace & Gromit: The Curse of the Were-Rabbit and  Chicken Run (both directed by Nick Park and distributed by Dreamworks) took home the Best-Reviewed
trophy in 2006 and 2000, respectively. Best-Reviewed Wide Releases are also commercial hits, always grossing over $200 million, with the exception of Wallace &
Gromit ($56 million) and Chicken Run ($106 million). Looks like American audiences are yet to totally sync up with Park’s British humor.

Though Nick Park has the rare accomplishment of having his films twice bestowed with some kind of Golden Tomato, Christopher Nolan leads the directorial pack
with four movies (Memento, Insomnia, Batman Begins, The Dark Knight). Peter Jackson trails behind him with three for his Lord of the Rings trilogy.

Next: See all of the past Golden Tomato award winners! 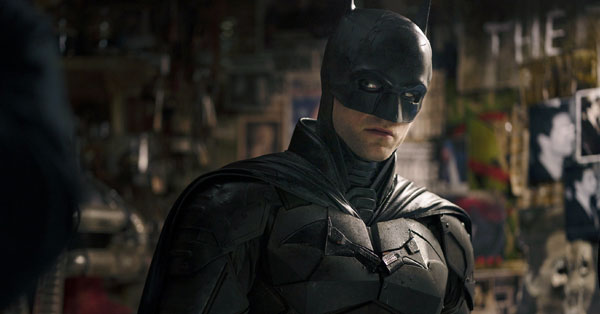