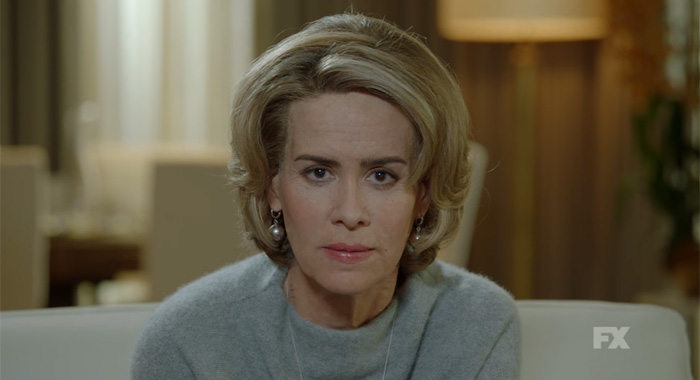 Every season of American Horror Story feels like executive producer, writer and co-creator Ryan Murphy is trolling fans. But the season-six finale in Roanoke turned what used to feel like gentle ribbing into a full-on assault.

That’s because Wednesday night’s finale added three new shows within the show, bumping the number up to five. And that’s not counting the parodied Paleyfest panel where Murphy basically portrayed fans as screaming nerds with poorly formed questions.

Viewers didn’t seem to mind the fake fans, but they sure grew annoyed with the multiple mock shows within the latest season of American Horror Story.

The fact that the final show within the show went back to the Roanoke house during the Blood Moon also angered a number of viewers.

Why do you want to go to this house during this blood moon? How dumb are you? #AHSFinale

Before all the fake shows started to mount, Lee (Adina Porter of True Blood fame in her best worst-mother performance yet) went on trial for murdering Sophie Green (Taissa Farmiga) and her friends in the woods, but she beat the charges. A jury also exonerated her for killing her husband.

Then Lee went on Lana Winters’ show and tried to exhibit remorse, and fans got to see Sarah Paulson reprise her AHS character from season 2. As an added bonus, viewers saw Lot Polk (Frederick Koehler) try to exact his revenge on Lee. This is especially cool because Koehler played Chip on Kate & Allie when he was a kid.

Fans cared less about Chip and more about the fact that Lot didn’t kill Lana before the cops killed him.

Ok good. If they had killed my Lana Banana I would've been pissed #AHSFinale

Can I just say that I'm SO HAPPY Ryan Murphy didn't kill Lana Winters, & that @trixiemattel was in the finale! #AHSRoanoke #AHS #AHSFinale

Lee, meanwhile, went back to the Roanoke house and searched for Flora (Simone Baker) — all while the crew from the latest show and even the cops got slaughtered all around them. Presumably, the cops who tried to save Flora and the news crews at the end are dead meat, too. That’s the Blood Moon for ya.

Im so tired of all of these gory deaths ?#AHSFinale

Ultimately, Lee sacrificed her life so Flora could live, and they even burned down that rotten, ghost-infested death house. Now, Lee is Priscilla’s mommy. While most fans on Twitter felt the ending fell flat, some liked the finale.

Those who dug it said:

#ahsroanke is fucking me up- I love this season it's so much more raw and unique then the other seasons. This #AHSFinale is amazing.

But those who hated it proved more demonstrative:

What did you think? Tell us in the comments.

American Horror Story returns for a seventh season in 2017.