Award-winning filmmaker Alma Har’el made quite the auspicious jump into narrative features in 2019: her first non-documentary film, Honey Boy, landed her a Directors Guild of America Award for best First-Time Feature. The film, which made Har’el a household name among in-the-know indie fans – and her next move the subject of excited speculation – reinforced something that industry watchers had known since 2011, when her documentary Bombay Beach debuted to critical acclaim, and won Best Documentary at the Tribeca Film Festival: Har’el was set to be a force in modern American cinema.

Har’el, who has long worked in commercials and music videos, has also been a force for change in the industry, founding organization Free the Bid to connect ad agencies and brands with women creatives, and later Free the Work, broadening the scope of her mission to film, TV, and media, with a focus on changing entrenched hiring patterns that have locked underrepresented creators out of those industries.

As part of our “Filmmaker Selects” series for Women’s History Month, Har’el shared 10 films from creatives that have inspired and moved her (plus one series) and opens up to Rotten Tomatoes editor Jacqueline Coley about her route through the advertising world, the changes she’s seeing in the film industry, and why intimacy is on her mind.

Jacqueline Coley for Rotten Tomatoes: When you think about women directors and what is amazing about this moment, what are you thinking about?

Alma Har’el: Intimacy. I think about intimacy, I guess. I feel like there’s a certain kind of intimacy that I feel when I watch some of the films, specifically on this list [below]. And I don’t want to group all women filmmakers into one group and I could have probably made you 10 different lists of 10 films, and each one of them would have been around something else. But I think what really excites me about the women on this list — and these films are from different times — is that they are not limited and bound by any genre definition. On this list, there’s movies here that are dramatic, there’s a documentary, there’s a horror film. There’s even a TV show. They’re so capable of tapping into something that is extremely intimate and genuine and real. But also they’re visually arresting in ways that are very surprising. Each one of these films in its own way.

Some of these films are from this year and they’re not maybe spoken about as much as some other films. Every year there are favorites, but some of the best films every year are not necessarily the films everybody talks about — I guess I’m really drawn to find those movies. And those movies really somehow give me more hope and energize me more than anything else because I know that these women are out there against all odds, really making something that is… In some regard, I would dare to say that every cut is perfect in these films, and every shot means something and has intimacy in it.

I think it’s really interesting to see now how over the years moving forward, we’re going to have more and more women behind the camera and as directors: I wonder what it’s going to do to the world’s consciousness? Because we’ve so we’ve gotten so used to digesting reality through male consciousness. Quo Vadis, Aida?, for example, which is a film that is really at its essence a war film, but you’ve never seen it from this perspective.

Let’s talk about Free the Work – the searchable database you founded where people can find underrepresented creators to work with. It comes off the back of your organization, Free the Bid, which you developed to help people get work in commercials. Why did you set up these organizations — what need were you looking to fill?

Har’el: I guess I was very much like a struggling immigrant and an independent filmmaker, trying to make my mark and develop my voice and find a way to sustain myself. And I’ve realized that a lot of the filmmakers that I grew up admiring — you could call them like independent American auteurs, like Spike Jonze — a lot of the ways some of these filmmakers supported themselves was through directing commercials. I always was wondering about it as somebody that has no safety net to fall on and no way to support myself financially and never went to film school. And I was like, how could these people exist? And how do they make it work between films? And realizing that it’s such a big part of how male filmmakers often support themselves – is by directing other things. I wanted to make sure that the doors were open to women.

When I got in myself and managed to direct some commercials and win awards for that, I realized that on every triple bid that I was on, I was always the only woman that’s even allowed to bid. [Editor’s note: a “triple bid” is where an advertiser, agency, or client requests bids for a project/assignment from three creatives.] So Free the Bid started before Free the Work by creating that kind of system of commitment from advertising agencies and brands to allow a woman to bid. And it definitely made a huge change in the advertising world in terms of the amount of women that are directing.

I think what we’re seeing now is, as with everything, that women of color and Black women haven’t gotten the same opportunity as white women. But that’s something we’ve been really putting a lot of focus on since we launched Free the Work, which has expanded to take care and to represent and find opportunities for underrepresented creators that are not just women, but people of color and people from the LGBTQIA community, people with a disability. Ageism I would say is a huge thing, too, both for women and for men, but especially for women.

So all of those things come together to really make sure that more women get an opportunity to be considered, to be hired, and also to sustain their careers when they’re not making a movie, when they’re not on a production. I think just seeing the amount of work that does get made, and then often doesn’t get recognized, is another story that I’ve also focused on in the past few years.

That’s why I get such joy when I see some of the films on this list below. Because for instance, a film like Babyteeth, which is, to me it’s like my favorite film of the year I would say. Eliza Scanlen gives an incredible performance; Toby Wallace is I think one of the best new actors that I’ve seen. Michelle Lotters and Ben Mendelsohn, it’s like four perfect performances. And it’s directed by a woman, Shannon Murphy, it’s her first film. It’s written by Rita Kalnejais, it’s her first script, a theater playwright. You have this film that has a first-time script writer and first-time director that had four incredible performances and definitely got some amazing reviews. And that’s, to me, really exciting to see that that happens.

You have three films on your list of Women’s History Month recommendations that are fairly well known, but they’re so different, being Raw, Portrait Of A Lady On Fire, and Beach Rats. It’s so incredible to me, especially Beach Rats, because that to me is my favorite Eliza Hittman movie; I just felt like what she did and what Harris Dickinson did in that movie was just so… It didn’t feel like cinema. It just felt like you were taking a slice of this person’s life. And then Céline Sciamma with that sweeping epic romance in Portrait, and then on the other side, Julia Ducournau with this completely inventive horror-movie and coming-of-age tale, Raw.

Har’el: And exceptional visually her film, too, Raw. It has sequences in it that are just extremely cinematic and moody and transcend anything you can think about in the context of horror, in terms of your relationship to your body and blood and all of those things. It’s really such an impressive film. And I believe that Beach Rats just pierced the screen in terms of the way it became one with reality. And it was amazing. Portrait of a Lady, the ending itself, that last scene with that long shot of her watching, it’s unforgettable. It really stays with you.

It’s another film that, by the way, has such a charisma. It’s so easy to have charisma when there’s, I don’t know, a lot of tension and fireworks and budgets and all of those things. But sometimes you see a film that just has this inherent charisma and soul. And just these things that it’s almost like meeting somebody when you see this film, you know what I mean? You’re not just watching a film, you’re meeting somebody.

By the way, speaking about sticking the landing, the film Or — which means “light” in Hebrew — it has one of my favorite actresses in the world; her name is Dana Ivgy and she was absolutely brilliant. And that film’s ending has f–ked me up for years. I still think about it. If you want a good landing, watch that film, because you’re watching the whole film, you think you’re watching one thing, and then in the end, you realize what you witnessed. And you’re a witness when you see this film. You’re a witness. It’s amazing. It’s unbelievable. 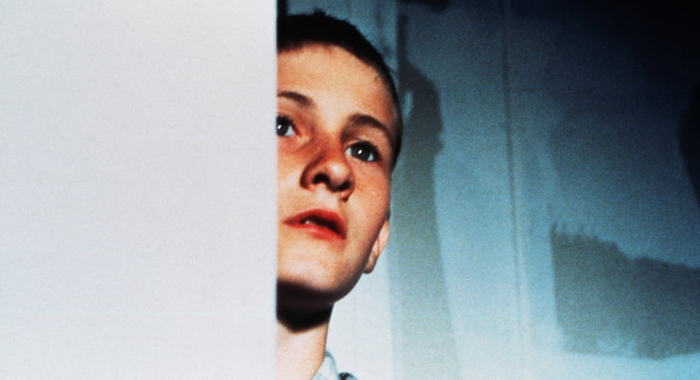 I also want to make sure I touch on Lynne Ramsay because she illustrates one of the more difficult sides of female filmmaking right now, and that is the gap between films. Because she did Ratcatcher in ’99, and then Morvern Callar, and then it was almost 10 years before We Need To Talk About Kevin, and it kind of shows this disparity. Male filmmakers: one good indie film and they’re directing a Marvel movie. Which has changed more recently, but she did Ratcatcher and it took almost another decade before we really got her consistently working in Hollywood.

Har’el: Ratcatcher is such a seminal movie to so many of the filmmakers that I know. I mean, I know that Natasha Braier [the cinematographer who shot Honey Boy], almost every time she shoots a film, she watches Ratcatcher before. And I saw it when I was obviously really young and I couldn’t even articulate what I saw in it. I mean, I couldn’t really say what I see in cinema until I made cinema in a way. Because, I don’t know, I’ve never studied it and I wasn’t very theoretical about it. I was just very raw about it. There was something about Ratcatcher, though, that literally opened my mind to what’s possible in terms of getting into somebody’s head and mood and feelings through watching the screen. It’s just a film that I’m sure informed so much of what I did in Bombay Beach and a lot of my work, because it just has that nuance. And at the same time, it’s just visually… yeah, it’s just arresting. Again, it has that charisma and that kind of unexplained feeling that you are transported somewhere.

Alma Har’el’s 10 Films – And One Series! – For Women’s History Month