"The Man Called Cable could not have been more fully realized," Liefeld says.

When artist Rob Liefeld first brought his concept of a futuristic super-solider to Marvel in 1989, he always suspected his character, The Man Called Cable, would find his way to the big screen. But he also imagined it would take more and less time than it ultimately did. As seen in today’s trailer for May’s Deadpool 2, Cable has taken the form of actor Josh Brolin, bringing a surprising amount of Liefeld’s character to the screen a good 20 years before the artist’s worst-case scenario.

“I remember we went to see Spider-Man in 2002,” Liefeld told Rotten Tomatoes. “Stan Lee was 79 [at the time]. I told my wife that Cable would be in a movie by the time we were in our seventies.”

After seeing the trailer this morning, his wife reminded him of his prediction.

But he also admitted he had always hoped Cable would be in the pictures by his 30s. 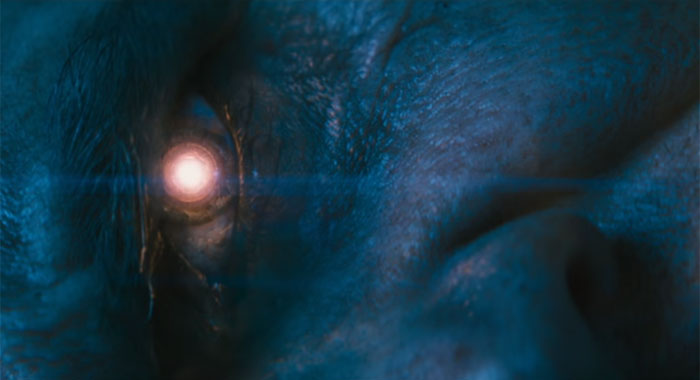 The character, whose real name is Nathan Summers, first appeared as Cable in the March 1990 issue of Marvel Comics’ X-Men spin-off New Mutants. The title, like other X-Men offshoots at the time, could not hope to match the sales juggernaut of the mothership, the best-selling comic book on the market for most of the 1980s.

“They offered me X-Factor,” Liefeld recalled.

That book reunited the original X-Men under a new team name, but Liefeld was reluctant to take the reins after the creative team of Louise Simonson and Walter Simonson, who had introduced key characters like Apocalypse during their tenure.

“I would not have made the same impact,” he said.

Marvel’s other long-running X-Men spinoff, New Mutants, was lagging behind and ready for a creative shake-up. Liefeld had an idea to transform the title. His pitch was for a new team leader: a pragmatic man of action who mixed the extreme ends of mutant freedom represented by Professor Xavier and Magneto, both of whom had previously shepherded the team. But remembering his own fascination with Wolverine in the early ’80s, Liefeld also cloaked the character in a lot of mystery and a ton of cool design features.

“He is a solider from the future, and when you look at him, you say, ‘Yeah, he looks like he’s from the future.’ He has scar over one eye, a glowing eye, and a cybernetic arm,” the artist said of the design, which quickly inspired fans and a subsequent generation of artists. “I was following the path of Wolverine before me, which was the mystery… and [Cable] has multiple layers of mystery.” 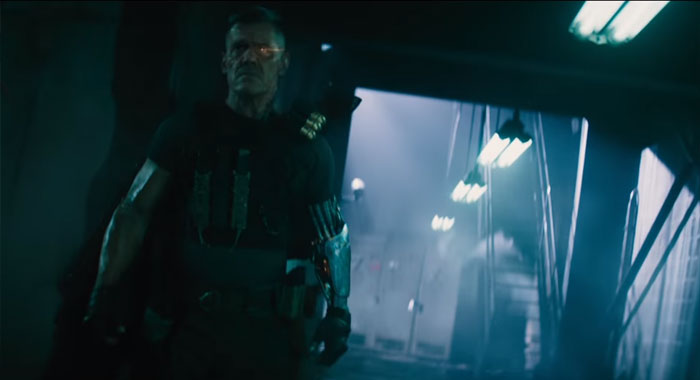 In his first appearance, he inserted himself into a prison to take on a team of mutant terrorists. To Liefeld, they key feature on display was “relentlessness,” a feature he also saw in the new trailer, which establishes the dynamic between the cinematic Cable and Deadpool (Ryan Reynolds).

Taking control of the New Mutants, Cable quickly led them away from the school trappings of earlier X-Men days to the combat zones he was more accustomed to. By 1991, New Mutants was replaced by a new title to reflect the change in the team dynamics. X-Force became a hit with its mixture of cool characters like Cable, pranksters like Deadpool, and a dedication to trickling out details of their histories at a measured pace. Cable, was “immediately in toys and in cartoons” and has been “part of the firmament of Marvel” ever since.

And Liefeld expects those elements of Cable that thrilled comic readers in the early 1990s will thrill audiences when Deadpool 2 debuts in May.

“The dynamite is about to go boom!” he said with glee. “The audience for the film is being introduced to him the way the audience in the comics was, and it’ll be great to see how they go for that ride. 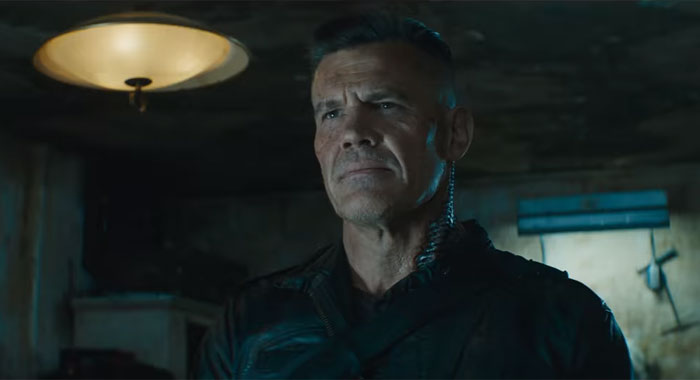 Visually, Liefeld said Brolin’s look is “dead on,” right down to the inclusion of dark strands in his white hair, a design element that debuted in New Mutants #87, but which Liefeld pulled back on to indicate the character’s aging process.

“Look at that jaw! Look at that grimace!” he added. He also praised Brolin for getting the “gym-rat, muscle-bound” physique of the character right. “He met the task. He became Cable.” 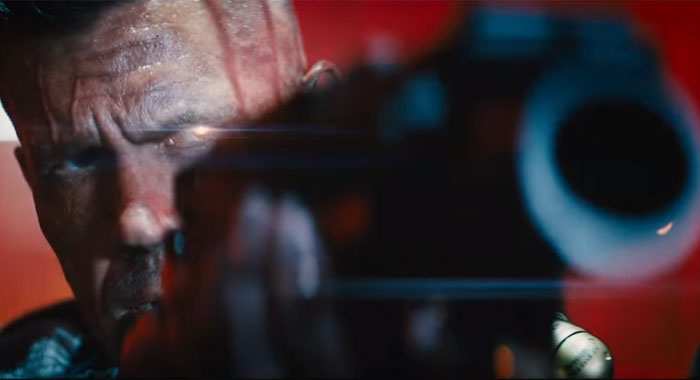 “I had a pretty good instinct that it would hit the spot,” Liefeld said of today’s trailer. “And the beautiful thing about social media is the instant feedback. It’s nice to know the instincts are still good.”

“And it wouldn’t be a Deadpool trailer if it didn’t have a skit in the middle!” he added. “Playing with action figures — that’s our language!”

But he also pointed out that between the two trailers — and their skits — the film has only revealed 50 seconds of its running time.

“You have a minute, tops, of a two-hour film, which means the confidence they have in the film is tremendous,” he said. “The Man Called Cable could not have been more fully realized and sold to the audience [than he was] today. And there’s so much more to come.”

Deadpool 2 arrives in theaters on May 18.