Which Chilling Adventures of Sabrina Witch — or Human — Are You?

Are you a witch or a mortal? A Hilda or a Zelda? Take our quiz and find out. 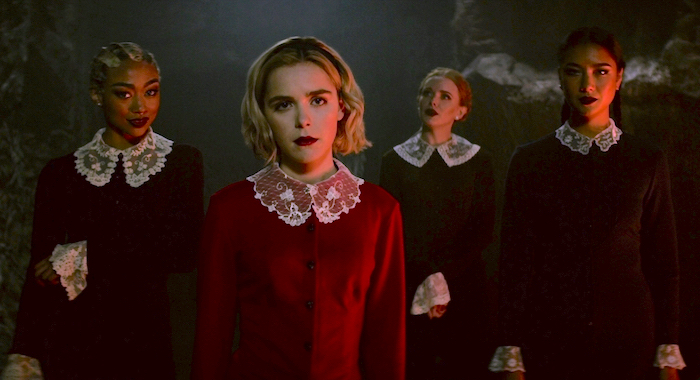 Netflix’s Chilling Adventures of Sabrina has scored big with both viewers and critics since its October 26 launch, garnering a Certified Fresh score of 90% on the Tomatometer from 78 TV reviewers.

The series, an adaptation of the comic book series, takes place in the next town over from The CW’s Riverdale, but creepy Greendale has far more supernatural goings-on than its neighbor (at least for now), even if they share the same pizza delivery service.  This Sabrina is also darker than its comedy predecessor, Sabrina the Teenage Witch.

If you love the comics, Riverdale, the sassy ’90s adaptation, or witches, Chilling Adventures of Sabrina should definitely be added to your streaming ritual. The series’ titular character, Sabrina Spellman (Kiernan Shipka), is half-witch and half-mortal and finds herself torn between her human friends and her coven, her occult destiny and her desire for autonomy.

Most of all, the series and its dark heroine are relatable; the series smartly portrays every teenager’s dance between tradition and being true to themselves — though the ghouls, demons, and The Dark Lord that Sabrina and her peers face with are far less subtle than real-world evils.

Want to find out how much do you identify with the characters in this new Netflix show? Whether you’re mid-binge or already going through season 1 withdrawals, the following quiz will tell you which Sabrina character you could body-swap with.