What The Hell Happened To ... Cuba Gooding Jr.?

Show him the money.

When we first started this column, we asked, “How did Wesley Snipes end up in direct-to-video hell?” In our second installment we pondered, “Where did Shannon Elizabeth go?” This week, Rotten Tomatoes turns its gaze upon the once-promising, now perplexing career of a certain boat-tripping, dog-sledding Oscar winner in hopes of pinpointing just where things went wrong. So what the hell happened to Cuba Gooding Jr.?

Perhaps it is as simple as the Oscar curse. Before his fervent acceptance speech at the 1996 Academy Awards, Cuba Gooding Jr. was an A-lister on the rise; after that, it all seemed to go downhill. Cuba Gooding Jr.’s career choices, to put it mildly, became erratic. Could behind-the-scenes management kerfuffles also have been to blame? Should Gooding not have chosen, as Tropic Thunder‘s Kirk Lazarus might say, to “go full retard” in Radio? And who will answer for the abomination that was Boat Trip? (And Snow Dogs? And Chill Factor? The list goes on…)

First up: The Early Years

In the spring of 1992 Gooding co-starred in Gladiator, a poorly-received boxing drama that exited theaters after only a few weeks. Months later, he bounced back with a turn in a military courtroom drama based on an off-Broadway play by a writer named Aaron Sorkin…

A Few Good Men went on to nab four Academy Award nominations in 1993, bestowing Gooding once more with Oscar cred-by-association. Although the part of Cpl. Carl Hammaker was relatively small, the role put Gooding in the company of one of the best ensemble casts ever put to screen, which included award-winning actors Jack Nicholson, Kiefer Sutherland, Demi Moore, and his future Jerry Maguire co-star, Tom Cruise.

The following year Gooding starred in another Hollywood ensemble — Judgment Night — this time sharing the screen with fellow early-’90s hot commodities Emilio Estevez, Denis Leary, Jeremy Piven, and Stephen Dorff. Unfortunately, the film made less of an impact than its rap-rock soundtrack, and was out-grossed twice over on opening weekend by The Beverly Hillbillies. Gooding made additional missteps in 1993 with the HBO sci-fi actioner Daybreak and a sidekick role in the flat Western comedy Lightning Jack, in which he played the mute second fiddle to Paul Hogan’s Aussie bank robber. The up-and-comer appeared to be in need of good career advice; action thrillers and comedies weren’t working. Would he get it in time?

Next: A Brief Return to Drama 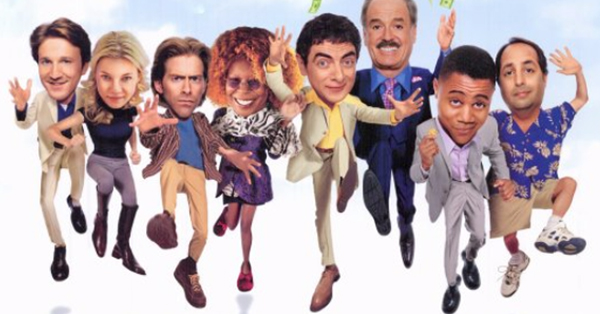