The Marvel juggernaut keeps on rolling as all newcomers fall by the wayside on the weekend of May 3-5.

One word that evidently does not exist in the Endgame – “counterprogramming.” Three studios learned that the hard way this weekend (one perhaps harder than the others.) The Avengers march on into history though, shattering one of the expected records this weekend while coming up short on another.

KING OF THE CROP: ENDGAME MISSES ONE RECORD BUT APPROACHES ANOTHER 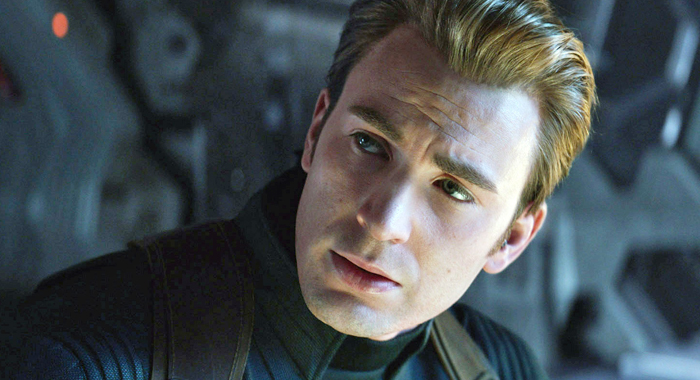 The Endgame is still strong. In just ten days it has passed $600 million, managing to do what it took James Cameron’s Titanic to do in 252. With nearly $620 million, the film is still $79 million ahead of the pace of The Force Awakens. That is down from the $110 million lead it had after last weekend. Part of that is due to Avengers: Endgame only having the second greatest second weekend of all-time ($145.8 million) behind Force Awakens’ $149.2 million. Marvel’s juggernaut also fell to third place on the all-time daily tallys for Monday and Tuesday on opening week and second place on Wednesday and Thursday (for non-opening days.) This weekend’s drop (59.2%) was in line with Age of Ultron’s 59.4% and Captain America: Civil War (59.5%) which is still rather impressive given it bested the all-time opening record by $100 million.

Looking forward to next weekend, its haul will be expected to be somewhere between Black Panther’s $66.3 million and The Force Awakens’ $90.2 million — Endgame could be in the realm of $745-823 million. Avatar’s final domestic gross was $760.5 million with a worldwide haul of $2.78 billion. Avengers: Endgame is now the second-highest grossing film ever with nearly $2.19 billion. The Force Awakens took 54 days to reach the $2 billion milestone. Infinity War did it in 48 and Avatar in 47. Endgame opened internationally in 25 markets on Apr. 24, 2019 and achieved the goal in just 12 days.

Normally this section is dedicated to just one movie, but this is a bad weekend for one struggling studio and a wake-up call for another. STX Films had a hit this year with The Upside, though that was a fortunate pickup from its original home at the Weinstein Co. That and Second Act (with Jennifer Lopez) were its only successes since 2017’s A Bad Mom’s Christmas. A $45 million attempt to get into the animated game with Uglydolls (34%) is not going to help when it starts with just $8.5 million. Sure that’s better than Annapurna/United Artists Releasing got from Missing Link opening weekend but it’s less than Funimation received for Dragon Ball Super: Broly ($9.8 million) in January this year on just about a third of the screens as Uglydolls.

However it is Lionsgate’s release of Long Shot that is far more troubling. At just $10 million this weekend, the Charlize Theron/Seth Rogen romantic comedy is the lowest wide opening for the studio this year. Lionsgate’s successes as of late have been primarily because of their smallest budgets like Tyler Perry’s A Madea Family Funeral ($20 million budget / $73 million gross), A Simple Favor ($20 million / $53 million), Overboard ($12 million / $50.3 million) and Five Feet Apart ($7 million / $45.4 million). Compare that to the likes of Hellboy ($50 million / $21.7 million), Cold Pursuit ($60 million / $32.1 million), Robin Hood ($90 million / $30.8 million) and now Long Shot’s $50 million budget. 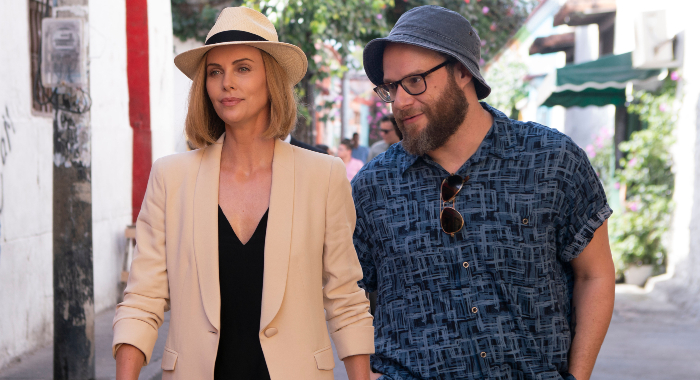 Since the days of Twilight and The Hunger Games, Lionsgate has struggled to find a place in the current state of the franchise wars, unable to even finish their Divergent series. While they have had some major success stories like La La Land and Wonder, decent franchise returns from Now You See Me and John Wick and even a few surprises like The Hitman’s Bodyguard (which is now getting a sequel) and Hacksaw Ridge, the post-Wonder overlook is one where the only $20+ million opening with the Madea Funeral ($27 million) and their second best was Tyler Perry’s Acrimony ($17.1 million).

Long Shot is the 7th straight non-Tyler Perry entry in the Lionsgate catalog to open wide and fail to to achieve an opening weekend of $15 million. Robin Hood, Hunter Killer, and Hell Fest could not even do it in five days. Lionsgate had so much confidence in Long Shot that they moved it from the first week of June into the wake of Endgame in the hopes of being the Notting Hill to Fox’s Phantom Menace, and it backfired spectacularly. Even with an 83% on the Tomatometer and critics praising it as one of the great surprises of 2019, Long Shot could go down as the biggest failure to market a Seth Rogen comedy since the Weinsteins couldn’t turn Zack and Miri Make a Porno into a success just months after Knocked Up grossed over $148 million. Long Shot opened to less than that Kevin Smith film.

TOP TEN AND BEYOND: THE INTRUDER FALTERS WITH CRITICS BUT IS WELCOMED BY AUDIENCES

This week’s final newcomer, The Intruder, feels like a minor success compared to those two movies, besting Long Shot for second place with an $11 million opening and all on an $8 million budget. That’s more than Cold Creek Manor opened to in 2003 ($8.1 million) — the film where Stephen Dorff played the previous owner of a house that terrorized Dennis Quaid. That got a 12% from critics here, while The Intruder got a score of 27%. So here’s to minor successes.

As for major successes, Captain Marvel has just moved into 24th place for the highest-grossing domestic total of all-time. Shazam! is not nearly in its league, but with over $355 million worldwide, it’s still a minor success for the DC Universe. That is more than the $338 million that Dumbo has accumulated to date, which, at the moment, puts the film in the red in the vicinity of Disney’s holiday bomb, The Nutcracker and the Four Realms. 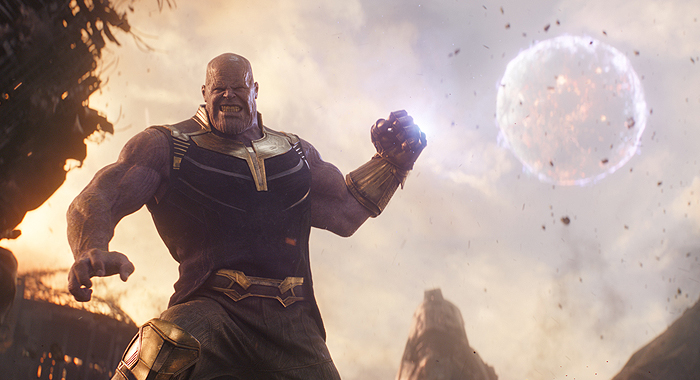 The weekend prior, Avengers: Infinity War had the largest opening of all-time. This weekend it had the second-best second weekend of all-time with $$114.7 million, bringing its total to $453.1 million as it already began to fall well off the pace of The Force Awakens. Counterprogramming was offered with the role-reversal remake of 1987’s Overboard which made $14.7 million for second place while Jason Reitman’s Tully was another acclaimed disappointment with Charlize Theron that was released in 1,353 theaters and made just $3.2 million. Also opening in just 34 theaters was RBG, which went on to become one of the most successful documentaries of 2018. The Top Ten films grossed $158.9 million and averaged 60.5% on the Tomatometer. This year’s Top Ten grossed $192.4 Million and averaged 59.6% with critics.

ON THE VINE: CAN PIKACHU BEAT THE AVENGERS? SERIOUSLY, CAN IT? 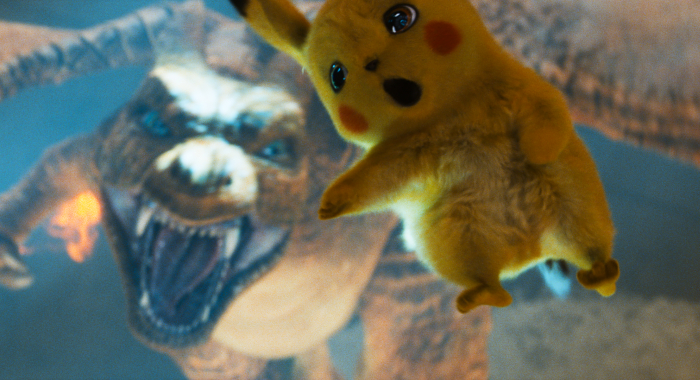 A Pokemon with the voice of Ryan Reynolds is going to try its best to knock back the Avengers in its third weekend. Is Detective Pikachu really going to be a force this summer or has its appeal window shortened as people found new games to play? 1964’s Bedtime Story with Marlon Brando and David Niven is getting another redux; you may know it better as Dirty Rotten Scoundrels with Steve Martin and Michael Caine. This year it is known as The Hustle with Anne Hathaway and Rebel Wilson. Last year’s Book Club turned into a little surprise hit for Paramount. This year STX is hoping for the same results with Poms starring Diane Keaton, Jacki Weaver, Rhea Perlman, and Pam Grier in a comedy about a retirement community that starts a cheerleading squad; a film that could have sleeper hit written all over it. But can STX pull it off?