Ahead of the series' landmark 100th episode, the cast of the CW superhero hit reflect on their most memorable moments from the show. 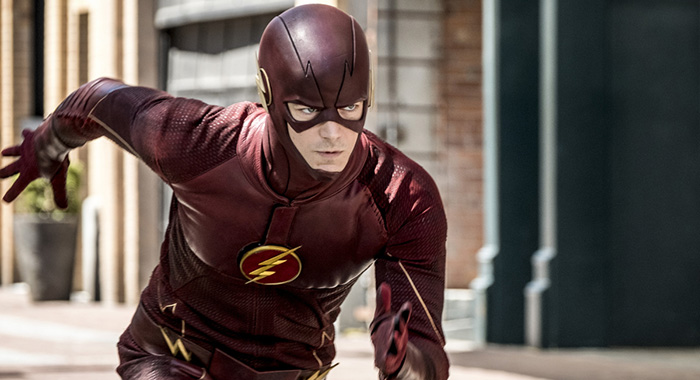 Life happens at warp speed for Barry Allen (Grant Gustin) — but it also seems true of The Flash itself, as this week marks the CW series’ 100th episode. The episode’s story sees Barry and his daughter, Nora (Jessica Parker Kennedy), revisiting some key moments in the show’s history. And at a celebration in Vancouver to commemorate the historic episode, Rotten Tomatoes asked members of the cast about their fondest memories working on five seasons of The Flash.

Parker, who joined the series this season after a few brief cameos as Nora last year, said her favorite aspect of working on the show collides with her worst moments on set: preparing to “zoop.” The term refers to those moments when a speedster runs off screen in a burst of lighting. On set, it requires the actor to freeze in a running stance for a surprising amount of time.

“Grant is a dancer and he looks the coolest [doing it.] No one looks worse at those moments than me,” Kennedy admitted, adding that a surprising number of zoop shots occur “at 4 in the morning, outside” with her “falling over take after take. …I giggle so hard every time that happens, and I just go, ‘My God, my job is so silly. I’m so happy to be here.’” 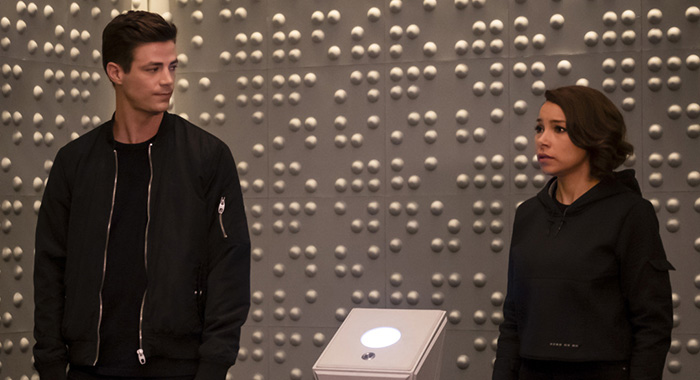 “These are people for me that will be friends of mine for a lifetime. You gain such amazing relationships on shows like these because you spend so much time with people,” she said, “and I’m really grateful for those people who’ve made this experience for me, these last five years, safe and comfortable.”

Said season 4 newcomer Hartley Sawyer (a.k.a. Team Flash addition Ralph Dibny): “The best days are when we’re all in the Cortex — or wherever we are — and we’re doing scenes [together]. Sometimes I’m driving home and laughing and wiping tears about it because the stuff that happens is so much fun. We have such a great time together.”

Carlos Valdes, whose Cisco Ramon has been there from day one shares Sawyer and Patton’s sentiments.

“In general, it tends to be whenever Tom Cavanagh and I start making music out of nowhere, out of gibberish, out of clapping, out of the Notre Dame fight song, out of anything,” he said. “We will take anything and create an annoying 14-minute jam out of it. The crew hates us for it.” 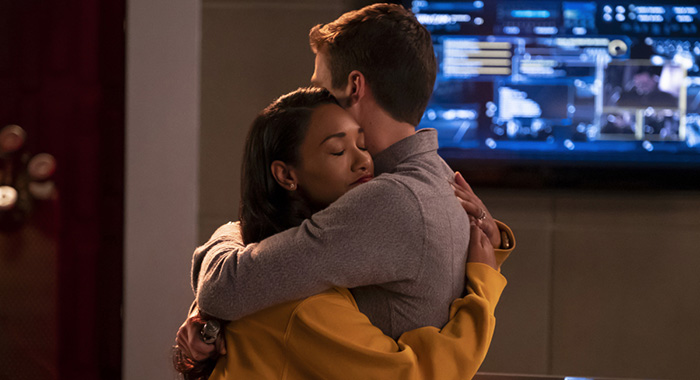 “It’s when Thawne (Cavanagh) is circling around Cisco and does the vibrating hand thing [for the first time],” he said. The episode as a whole stands as a highlight for him, because “it’s the first time we introduced time travel.” It also featured Iris revealing her feelings for Barry, Barry telling her that he is The Flash, and a tidal wave which threatens to destroy Central City.

Star Gustin, meanwhile, will always recall working on “Flash Back,” the second-season episode in which he travels back in time to ask for help from Cavanagh’s Thawne, who was still pretending to be Harrison Wells at the time. Gustin enjoyed playing opposite Cavanagh as the villain again. He also said the pilot and the first-season finale, which both prominently feature the death of Barry’s mother Nora (Michelle Harrison), are “seared into my memory as the most visceral and emotional experiences … The heart of what drives Barry Allen is built into the those two episodes.”

It should then come as no surprise that filming Nora’s death scene forms a key memory for Harrison’s time on the show. Though she enjoyed getting to play Nora as the mother of an adult son in the Flashpoint storyline, “as an actress, doing that [death] scene over and over” is something she loves about the show.

Of course, thanks to Barry’s mucking with time, he appears in that scene at various stages in his life and his career as The Flash. Joked Gustin, “before the series is over, the amount of Barrys at the murder scene will multiply.”