The Cast of Black Sails Reacts to This Week's Big Twist

On Saturday night’s installment of Black Sails, “XIII” (episode 205), we finally understand the motivations behind the character of Captain Flint (Toby Stephens).

Since the first season, this Royal-Navy-officer-turned-pirate-captain has been an enigma — along with his relationship to Miranda Barlow (Louise Barnes). But with the reveal of Flint’s homosexuality, it becomes clear why he had to leave London (he and his lover were caught), why he was so angry (the love of his life was committed to an institution for their affair), why Mrs. Barlow is so invested in the future of Nassau (it was Thomas’ cause), and what the significance of the book was (it was given from Thomas to Flint as a symbol of their love).

With these new insights, Rotten Tomatoes chatted with the cast of Black Sails about their reaction to the big twist.

ZACH MCGOWAN (CAPTAIN CHARLES VANE): ‘I THINK THAT THE FANS ARE GOING TO LOVE IT.’

“I think that the fans are going to love it because I think it further justifies [Flint’s character]… I mean, there’s going to be people who are pissed, like, ‘F— that. You can’t do that to pirates,’ you know what I mean? I’m really excited for that conversation to happen because it’s probably a rare thing… To go back and show his history and a homosexual relationship that is basically what has made him become a pirate, is, I think, awesome.

“I remember when we read [episode] five last year… we were all like texting, like, ‘Oh my God.’ Then we’re on set like, ‘Did you read that? Holy s—“… he was basically persecuted by the people who were supposed to be his community and the government. So I think it’s going to be essentially the foundation for the rest of the show and I think that — you know what? The people who don’t like it will have to ask their questions about why they don’t like things to themselves.

Sean Cameron Michael (Richard Guthrie): ‘How brave is Starz to go there with that?’

“I had no idea they were going to go in that direction and when I got the script for it and it said, “Flint turns to Thomas and they kiss.” I was like, ‘What? Seriously? F—. Whoa. Okay.’ And I was like, ‘Reread it. Where are my glasses? Let me reread this. Seriously?’ I was really, really shocked, and I was like, ‘F—. How brave. How brave are the writers. How brave is Starz to go there with that’… I think it’s beautiful that Black Sails can go there, that the story can go there. And I think what then happens is with all the flashbacks in season two, which are beautiful and amazing, it’s almost like one wants to quickly then rewind the tape, quickly go back to season one and go, ‘Were there any clues there?’ But I think it’s great and I think it’s really, really brave that Starz is going there with it.”

“When I found out, I was shocked beyond shocked that that’s where the writers were going to take the show. I think it’s just a really interesting choice. I mean, I suppose in a lot of ways he really needed a secret and it’s an interesting one for them to choose to have him be…. But that being said… homosexuality is just something that’s been around forever. It’s not something new. I mean, it’s so interesting because we have the show with all these bisexual characters… It’s an awesome twist. It’s an awesome twist because it comes out of left field and it’s not what you’re imagining.”

Louise Barnes (Miranda Barlow): ‘It felt so modern and so open minded.’

“They’re not people who live easily within the confines of normal society at that time, but that she loved her husband, and he loved her, and the relationship that Flint and Thomas had by no means belittled the relationship she had with Thomas, it felt so modern and so open minded… There were no compromises. It wasn’t as if she felt cheated.

“There’s that beautiful scene where she’s trying to encourage him… she’s saying, ‘This is your opportunity to make this right,’ and the scene shows that their relationship is so complex and is based in respect and deep admiration and love for each other… There are very few people you have a relationship with where you can call them on their s—, you know? And she does. She says, ‘No, that’s not why you’re here,’ and she’s the only person who can do that to him.”

HANNAH NEW (ELEANOR GUTHRIE): ‘We believe in the story lines.’

“I feel like women could escape those kind of constraints of society because the idea of a romantic friendship between women was something that was kind of accepted in a way and very present in literature. I think that for male relationships, it was never really explored at all openly. I was really relieved that that was an aspect of history that was going to finally be seen on TV because you just never have seen that in a context of Naval men who are supposed to be these symbols of machoism but actually have created this amazing friendship that has blossomed into something very beautiful.

“So I was just really excited that the the show was brave enough to take that on… We believe in the story lines, and we believe that the people will be invested enough in these characters to know that it’s a very important aspect of the story we’re trying to tell. I think, personally, the audiences that we’re trying to reach are going to be just super-happy that there’s some kind of representation, and so, for me, I’m just really excited to see people finally go, ‘At last, at last.”

Toby Schmitz (Jack Rackham): ‘They’ve been setting it up from the beginning.’

“God, it’s good. You know what I loved about it? The kiss is nothing in what the big reveal is. It just sets off a sequence. It was this huge sequence and in the middle of it, there’s a kiss. Before I saw it, I rather momentarily thought, ‘Oh, that’ll be the big ‘Wow’ moment,’ but it’s all the stuff that comes after it. Because, right up to the kiss, I think you’re going, ‘Oh my God, this is a three-way salon idea,’ and then the emotional fallout of how much he loved him and how much he felt ashamed is the real power of the next six or seven minutes after the kiss. That’s the knock-out television I thought. It’s the sequence after the kiss. I thought, ‘Well, I haven’t seen that on telly and definitely not on a pirate genre-mash show.’ I thought it was great and they’ve been setting it up from the beginning, that this is a sexually fluid world. There’s different rules here.

“I keep thinking about Berlin 1922 or San Francisco 1967 when the gloves are off about partner swapping, about going with your actual gut and finding out who you are sexually, and then the emotional fallout of that.”

Clara Paget (Anne Bonny): ‘I was very proud of them for putting that in.’

“I loved it because, obviously, going along with my story line as well, it’s just exploring these relationships in this time where gay and lesbian — it wasn’t defined. It still isn’t. For some reason, we’d like to define it and put it in boxes nowadays. So I loved that story line and making a male do it for once. We’ve seen the girl-on-girl stuff and it was time to show that. And, you know, they?re at sea. It’s like being in the army or in the navy. Of course you’re going to create these bonds. It’s a generally male society, so it makes total sense. I think it’s great and it’s brave that they touched on that… because they’re these macho guys. To show that side on television with pirates is brave. I was very proud of them for putting that in.” 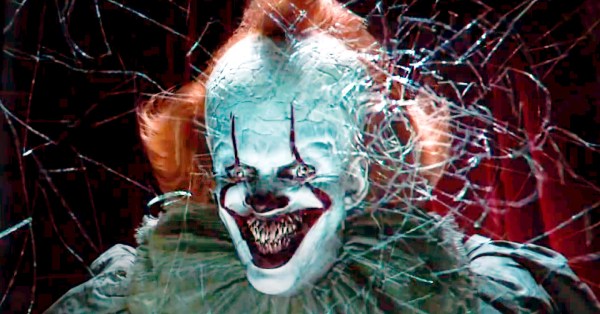 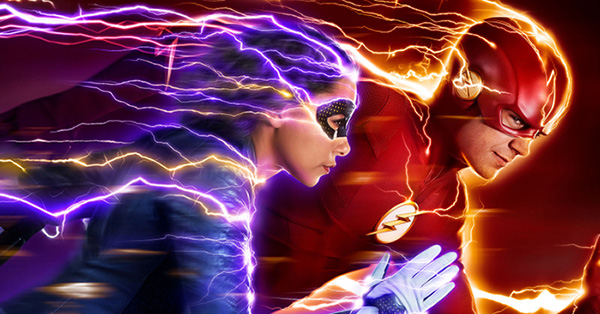 All the Easter Eggs from The Flash‘s 100th Episode 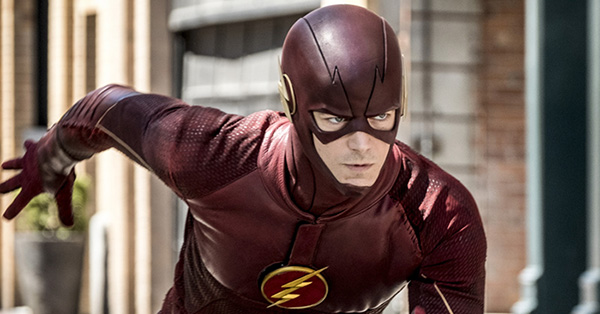