We chat to the teen stars of van Sant's latest

It says a lot about Gus van Sant‘s passion for developing young talent that at just fourteen and with only a handful of roles under her belt – including Ron Howard‘s Grinch – Taylor Momsen is Paranoid Park‘s most seasoned thesp. Its lead, fifteen year-old Gabe Nevins, had never acted before. RT caught up with Nevins and Momsen in Cannes last May as Paranoid Park premiered to the world to find out more about the film and about their experiences working with Gus van Sant.

How are you enjoying Cannes?

Have you had a chance to see anything yet?

Taylor Momsen: No, we’re heading to the beach after this interview.

Did you audition on MySpace for the film?

GN: No, I actually went in for a casting call.

TM: I’ve acted before so I heard about the role through my agent. I made a tape and sent it off to Gus and booked the role off the back of the tape. I didn’t actually meet Gus until the first day of shooting.

Had you seen his other films before you started?

TM: I saw Elephant before the project but once I met Gus and talked to him a little bit I got a whole new perspective on the film. Talking to him made me understand art film much more than just seeing it.

GN: I didn’t actually know who Gus van Sant was and didn’t know about any of his projects.

How do you feel about the film?

GN: I feel really good. Now I really take into consideration all of his artistic films such as Elephant. Elephant was actually a really big inspiration for me; it really inspired me to try harder and to work really well and just to really make Gus’ vision come to life.

You’re from Portland where the film is set, did you recognise your home town in the script?

GN: I actually live in a little town outside of Portland and never really went to Portland much before filming. But it really did open up my views on Portland.

What do you think of the characters you play?

TM: I play Jennifer and I’m not really that close to her. She’s pretty superficial and kind-of obsessed with being popular and her status at her high school.

GN: I’m like my character in a lot of ways because I added a lot of things to the movie. We had open lines and we’d talk to Gus and add stuff to the scenes. Most of Alex’s interests are pretty similar to mine. That’s aside from the fact that his parents broke up and, erm, he killed a security guard. But other than that we’re pretty similar.

TM: One of the cool things that connected us to the characters was that we wore our own clothes and I did my own hair and makeup. We had to, like, taste them ourselves whilst playing a character.

GN: Yeah, that really worked well. Gus and the makeup lady came to my house and took basically all my clothes. I had like one shirt and a pair of boxers left at my house! But I think it worked really well because I think we were more comfortable in our own clothes. Our body language, which played a big part in the movie, turned out well because of that.

What was the best and the worst thing about the acting experience for both of you?

GN: I’d have to say the best thing was meeting everybody. It was so much fun, you know, making a movie, seeing how it’s made, hanging out with Gus and Chris [Doyle]. The only really bad thing was the long hours I think, because I wasn’t used to it. Twelve hours a day to me is horrible!

TM: Absolutely, the best thing was definitely working with Gus and meeting everyone. To have that experience was great. The worst thing was probably the school to me. I mean, I go to school in real life, obviously, but having to do it on the set was weird. We were on a lot of locations so one day we’d be in a room and then we’d have to switch rooms because they wanted to shoot where we were, so it was kind-of hard to keep up on your schoolwork.

GN: Yeah, that probably was the hardest because we had to work twelve hours a day and we had to squeeze in fifteen hours of school a week and we had Tuesday off so we had to do school for six hours on a Tuesday. We didn’t have any days off at all.

TM: It doesn’t sound bad because most people go to school for like eight hours a day, right, and we usually do, but when it’s concentrated like that it’s ridiculous!

GN: I’d get like five minutes to do my homework. While they’re setting up the camera they’d be like, Oh, go do homework. I’d have to write in my times so they could keep track of how long I’d been doing schoolwork, but I really wouldn’t learn anything. That was probably the hardest.

TM: It was hard to go back and take the tests.

GN: All we’d really do is knock the assignments down, you just don’t learn anything that way. In school they give you lectures and actually teach you stuff, but all we’d do is get the problems done.

When you got back what was the reaction from your friends?

TM: Well I’ve been acting for a while so my friends are kind-of used to it; used to me leaving. Eventually they’re like, Where’s Taylor? Oh, she’s gone, she’ll be back later!

What do you think happened to Alex after he burned the letters?

GN: I guess it’s hard to say because he did burn the letters so he got everything off his chest. That really helped him because he just really wanted to do that, to get it off his chest, and I think he did that by writing it down. But after he burned the letters, I don’t know.

TM: Writing it down was his way of telling someone without actually telling someone. He knows if he tells someone he’s going to be in serious trouble. I think he’d probably still be paranoid that one day someone’s going to find him and know it’s him, though, so I don’t think he would ever fully forget it.

When you first met Gus were you anxious at all?

TM: No, I was actually really excited. I’d heard such amazing things about him and I was excited to meet him and just see what he had to say and his style of directing and stuff.

Not including Paranoid Park, do you have a favourite van Sant film?

GN: Elephant really did inspire me.

TM: Yeah, same. I think it was the closest in the style, almost, to Paranoid Park. You have to keep a close eye on Elephant because it jumps around in perspectives and Paranoid Park does that too. You have to know or figure it out. Watch it twice!

Do you think Gus paints a realistic image of high school life?

TM: I think it’s very realistic. We filmed at an actual school, which really helped, but he definitely captured the teenage demographic of a high school. You have the cheerleader, you have the skaters, you have every demographic somewhere shown and talked about in the film. There are all those different groups.

GN: Good, but I haven’t actually skated in a while. I’ve just been busy with school and stuff.

Have you improved over what’s in the movie?

GN: Yeah, I’m way better than I was in the movie!

What was the hardest scene for you to do?

GN: I’d say it was probably the scene on the bridge where I’m walking and I’m all paranoid and talking to myself and stuff. That was my second week of filming and I wasn’t close to many of the people yet. That was a pretty big scene and I was terrified I was going to mess it up. But Gus liked it, so I guess it wasn’t really that bad!

Another hard scene was when the security guard gets cut in half and I walk up to him. I just have to like draw all the blood out of my face and go really white and terrified. And it was just because I had to look at a piece of tape and pretend it was a security guard that I didn’t have anything there to shock myself with.

TM: I’m not sure I had a hard scene to do. My character’s pretty consistent throughout; she’s kind-of mean and bossy! She’s actually really fun to play because I’m not that mean and bossy in real life!

What was it like to see the final shot of the guard cut in half?

GN: It wasn’t a big surprise because they’d shown me storyboards and stuff of what it would look like. But I thought it was really realistic and seeing him moving was really cool. I think that’s what really scars Alex, is the fact that he’s moving and that he caught eye with Alex.

Having worked with one of the world’s best directors, is there anyone left on your list that you’d love the opportunity to work with?

TM: Oh God, there are so many. I feel so lucky to have worked with the directors I have. I would love to work with Quentin Tarantino, I think he’s brilliant. 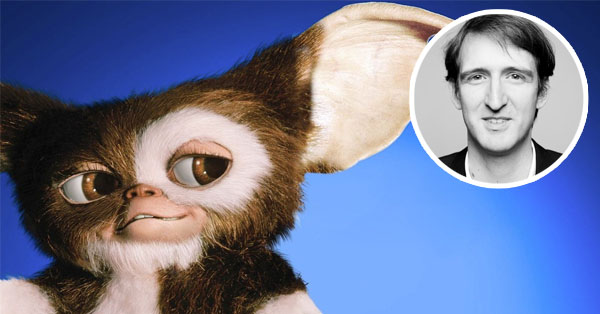 Critics Consensus: 10,000 B.C. is Primitive; Bank Gets the Job Done