When the going gets tough — er, focus on the positive. For streaming giants facing challenging news environments, that means unleashing viewership figures for top titles. Stranger Things and Obi-Wan Kenobi registered impressive new figures. Not to be outdone by the streamers, AMC’s Better Call Saul had some good news to share too. Plus, Jodie Foster will star in True Detective season 2, James Marsden will return to Westworld for season 4, the latest trailers, and more of the biggest news in TV and streaming for the past week. 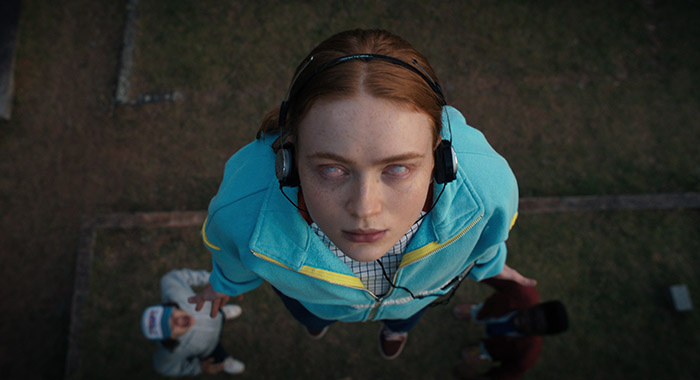 The streaming networks have been getting a lot of negative attention recently – comedians offending viewers, dropping subscriber numbers, series stars receiving racist online comments from fans, to name but a few – but Netflix and Disney+ are sprinkling some positive performance numbers into the mix that lighten the focus.

First up: Netflix and the season 4 premiere of the much-anticipated Stranger Things. Netflix claimed its biggest premiere weekend ever (yes, even bigger than Bridgerton!) with Stranger Things season 4 and 287 million hours of the new season viewed. Another sign of Stranger Things’ viewership pull: singer Kate Bush’s 1985 song “Running Up That Hill (Make a Deal with God)” topped the Apple Music chart during Memorial Day weekend after playing a significant role in the “Dear Billy” episode of Stranger Things’ new episode. (Variety)

And then there’s Disney+’s Obi-Wan Kenobi series, starring Ewan McGregor reprising his titular role from the Star Wars movies, which premiered with two episodes on May 27. The streamer tweeted that the series was the “most-watched #DisneyPlus Original series premiere globally to date, based on hours streamed in an opening weekend.” Specifics were not included, meaning the battle of the sci-fi debuts can’t be decided just by the streamers’ own numbers; the full tale will be revealed later this month when Nielsen numbers are released.

And just to show that not all viewers of excellent TV have been turning to streamers, AMC released viewership data for the first half of Better Call Saul’s sixth and final season: It’s the No. 3 cable drama for the current broadcast season in key demos; it’s the No. 1 acquisition driver in the history of AMC+; and the (shocking) midseason finale on May 23 drew 2.2 million viewers in Nielsen’s Live+3 ratings. Also, Saul experienced “Lalo levels of social intensity,” AMC reports.

As for the recently concluded season of linear television, the top 100 most-watched series of the 2021-22 season for the adults 18-49 demo were released, and the most-watched non-football series of the year (drumroll please) … Paramount Network’s Yellowstone.

Gotham Knights finds Batman’s adopted on, Turner Hayes (Oscar Morgan) teaming up with the children of Batman’s enemies to try to clear their names when they are framed for the recent murder of The Caped Crusader. Supernatural star Misha Collins plays Harvey Dent. Premieres 2023. (The CW)

More trailers and teasers released this week:
• Beavis and Butt-Head Do the Universe marks the return of the ’90s favorite cartoon doofuses for the first time in a decade, as they are sent off into space in 1998 then return in the present to a world they don’t recognize and meet up with intelligent versions of themselves (from a parallel universe, of course). Featuring the voices of Mike Judge, Gary Cole, Chris Diamantopoulos, Nat Faxon, Brian Huskey, Chi McBride, Tig Notaro, Stephen Root, Andrea Savage, Martin Starr, and Jimmy O. Yang. The film premieres June 23. (Paramount+).
• Wednesday is a sleuthing, supernaturally infused mystery charting 16-year-old Wednesday Addams’ years as a student at Nevermore Academy, as she attempts to master her emerging psychic ability, thwart a monstrous killing spree that has terrorized the local town, and solve the murder mystery that embroiled her parents 25 years ago. Stars Jenna Ortega, Catherine Zeta-Jones, Luis Guzmán, Gwendoline Christie, Christina Ricci, Riki Lindhome, and Jamie McShane. Premieres soon. (Netflix)
• The Summer I Turned Pretty is another fun teen summer romance – obligatory beach setting and love triangle included – based on a YA novel from Jenny Han, the author of To All the Boys I’ve Loved Before. Stars Lola Tun, Christopher Briney, and Gavin Casalegno. Premieres June 5. (Prime Video)


• The Bear is a new comedy starring Jeremy Allen White as Carmy, a chef who returns home to Chicago to run his family’s sandwich shop after a death in his family. Also stars Ebon Moss-Bachrach, Ayo Edebiri, and Abby Elliott. Premieres June 23. (FX)
• American Gigolo is Showtime’s series remake of the Paul Schrader’s 1980 drama film that starred Richard Gere as a character who ended up in jail. The series, starring Jon Bernthal, will pick up with Julian as he gets out of jail and tries to restart his life. Also stars Wayne Brady and Gretchen Mol. Premieres soon. (Showtime)
• Trevor: The Musical is the filmed version of the Broadway play that follows a charming 13-year-old on a turbulent journey of self-discovery after an embarrassing incident at school. The musical is based on the 1995 Academy Award–winning short film Trevor which ultimately inspired the nonprofit organization The Trevor Project, the world’s largest suicide prevention and mental health organization for LGBTQ young people. Premieres June 24. (Disney+)
• The Man from Toronto is an action comedy film in which a hapless salesman and an assassin are forced to work together after they’re mistaken for each other while staying at an Airbnb. Starring Woody Harrelson and Kevin Hart. Premieres June 24. (Netflix)
• Irma Vep is a drama miniseries written and directed by Olivier Assayas based on his 1996 film of the same name, about an American movie star, unhappy with her career and a recent breakup, who goes to France to star in a remake of the silent French film Les Vampires. Stars Alicia Vikander, Kristen Stewart, and Carrie Brownstein. Premieres June 6. (HBO)

CASTING: Jodie Foster Will Star in Season 4 of True Detective at HBO 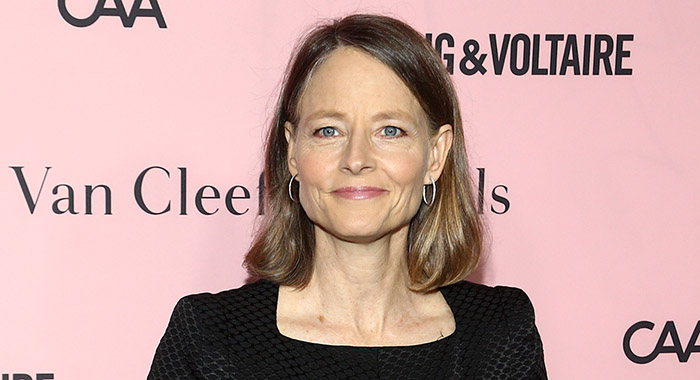 True Detective rides again: the anthology series is a go for a fourth season at HBO, and Oscar winner Jodie Foster will star. Foster will also be an executive producer on the series, which will mark her first starring adult role in a TV series. Foster will play Detective Liz Danvers, who, along with her partner, is trying to solve the case of six missing men in an Alaskan research station.

Black-ish and Law & Order alum Anthony Anderson, who starred in the first season of the rebooted L&O series on NBC this year (technically the 22nd season of Dick Wolf’s sequel-spawning classic), has decided he will not return for the show’s 23rd round next season. Too much to hope that our second all-time favorite L&O detective (after the late Jerry Orbach, of course), — Benjamin Bratt as Det. Rey Curtis – might return?

Another star leaving her current series: Alexis Bledel, who will not return for season 5 of Hulu’s The Handmaid’s Tale. Bledel has played Emily/Ofglen since Season 1. (Variety)

Glee alum Matthew Morrison was fired as a judge on Fox’s So You Think You Can Dance for having “an inappropriate  relationship with a female contestant” on the series, People reports. The contestant received direct messages from Morrison on social media, and reported them to producers, who then got the network involved. Fox, People reports, fired Morrison after an investigation. 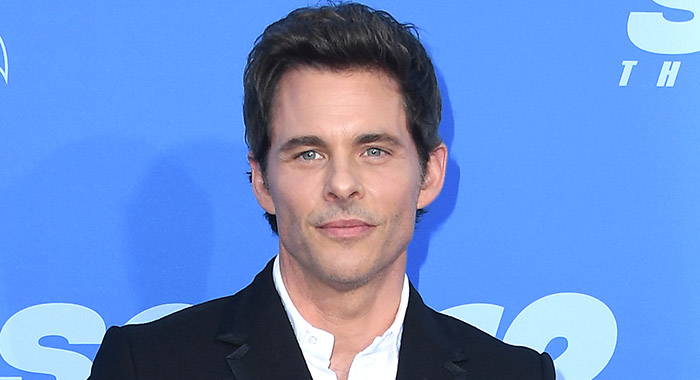 Perrineau will also star in Kaos, Netflix’s upcoming drama from Charlie Covell (The End of the F***ing World). The drama, which Deadline describes as “a multi-layered, genre-bending, contemporary reimagining of Greek and Roman mythology, which takes us from Earth to The Underworld and Mount Olympus, exploring themes including gender politics and power,” will feature Perrineau as Riddy, whose story is tied to the character of Orpheus.

Peacock’s Twisted Metal, the live-action comedy series adaptation of the videogame of the same name, has added Will Arnett to its cast. Arnett, also an executive producer on the series, will voice the character “Sweet Tooth,” a “hilarious and terrifying hulk of a man, who is as emotional as he is cunning … a lover of chaos, this majestic rage-filled killer dons an ever-smiling clown mask and uses ‘Lost Vegas’ as his own personal kill-ground, all while he drives his infamous doomsday ice cream truck.” The series also stars EP Anthony Mackie. Stephanie Beatriz, Thomas Haden Church, and Neve Campbell.

John Malkovich, Claes Bang, and Emily Mortimer have been added to the cast of the Apple TV+ drama The New Look. Starring Ben Mendelsohn, Juliette Binoche, and Maisie Williams, the series is set in World War II and the Nazi occupation of Paris, when Coco Chanel (Binoche)  was the world’s most famous fashion designer, and Christian Dior (Mendelsohn) soon replaced her, bringing a new spirit to the world with his iconic designs. Malkovich will play Lucien Lelong, whose fashion house was the home of Dior and Balmain, while Mortimer plays Chanel’s friend and style inspiration Eva Colozzi, Bang plays a Nazi operative based in Paris to spy on and seduce famous females, and Williams will play Christian Dior’s sister Catherine, a resistance fighter and the King’s Medal winner for Courage in the Cause of Freedom. (Variety)

Taylor Zakhar Perez (The Kissing Booth) and Nicholas Galitzine (Cinderella) will star in the movie adaptation of author Casey McQuiston’s beloved, New York Times bestselling book Red, White & Royal Blue at Amazon. The romantic comedy revolves around Alex (Perez), the Mexican-American son of America’s new POTUS, and quickly becomes American royalty. But Alex is involved in unfriendly relations with Henry, his actual royal counterpart in England. When a tiff becomes public knowledge, American/British relations take a hit, and the two countries stage a faux friendship between the two young men to repair the damage. But the friendship turns into a sweet and funny romance that Alex and those around him worries may threaten his mom’s re-election campaign. (THR) 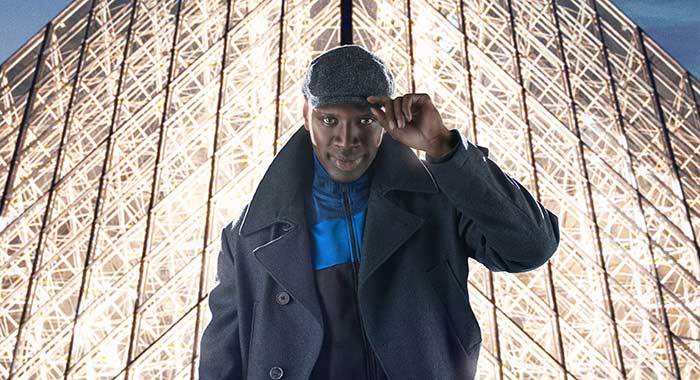 Lupin star Omar Sy signed a first-look TV deal with HBO Max, to develop series projects in France, Sy’s home country, as well as in America and the rest of the world. The first season of Netflix hit Lupin is among the streaming service’s top 10 in English language series of all time, THR.com reports. Sy also won a César Award, the French equivalent of and Oscar, for his performance in the movie The Intouchables.

CBS’s recently cancelled Magnum P.I., the 51st most-watched series of the season, may be revived by NBC and USA Network. (Deadline)

Owen Wilson’s original movie Secret Headquarters, from Paramount Pictures and Jerry Bruckheimer Films, will hit streaming service Paramount+ exclusively instead of movie theaters. The family flick, which also stars Walker Scobell (The Adam Project), Jesse Williams (Grey’s Anatomy), and Michael Peña (Narcos: Mexico), follows a group of friends who, while hanging out after school, discover the headquarters of the world’s most powerful superhero hidden beneath his home. When villains attack, the kids must team up to defend the headquarters and save the world.

FX has ordered a pilot, English Teacher, from Will & Grace actor Brian Jordan Alvarez, about a gay high school English teacher in Austin, Texas, who tried to juggle managing students, parents, and the ever-changing rules of school life. Alvarez will write and star in the series.

Fleabag star Brett Gelman and the series’ producers are teaming with Showtime and Channel 4 in the U.K. for the comedy series Entitled, in which Gelman will Gabe, a widower who travels to England to meet his late wife’s estranged family. The family is more interested in his new fortune, however. Gelman is also an executive producer on the series.

Netflix’s next – uh, big? – cooking competition: Easy-Bake Battle, where home cooks have the chance to make sweet and savory dishes for the chance to ultimately win $100,000 prize … using only an Easy-Bake Oven. Famous chocolatier Jacques Torres (Nailed It) is one of the judges, and Queer Eye food expert Antoni Porowski will host.