Everyone wants to work with John Boyega, J.K. Simmons confirms his return to Spider-Man, and Martin Scorsese downgrades Leo DiCpario's role in his next film.

This Week’s Ketchup brings you seven headlines from the world of film development news, covering such titles as the next Spider-Man movie and Wolfman.

UNIVERSAL WANTS RYAN GOSLING TO BE THEIR WOLFMAN 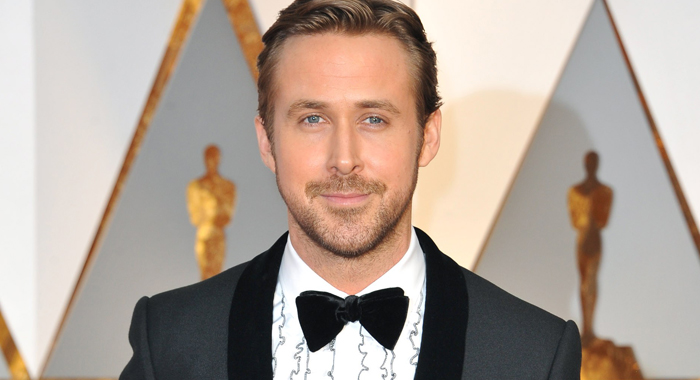 Universal Pictures scrapped ambitious plans for a cinematic “Dark Universe” in 2017 following the luke warm reaction to Tom Cruise’s The Mummy (Rotten at 16%). Instead, this year’s The Invisible Man (Certified Fresh at 91%) became the first movie of another round of monster movie reboots. Some of the other projects are Paul Feig’s Dark Army and a remake of The Invisible Woman, but this week, we found out that the next one will probably be Wolfman. Although he’s not officially signed yet, Universal Pictures is “pushing ahead” with Wolfman with an eye toward Ryan Gosling to star. In much the same way The Invisible Man was reimagined as a “stalker thriller,” the Wolfman reboot is being compared to Jake Gyllenhaal’s Nightcrawler, which seems like an odd film to single out as a comparison to a movie about a guy who turns into a half-man/half-wolf. Wolfman is currently being written by the Orange is the New Black team of Lauren Schuker Blum and Rebecca Angelo based on a story idea from Gosling himself.

1. PRETTY MUCH EVERYONE WANTS TO WORK WITH JOHN BOYEGA

It’s not uncommon for Hollywood celebrities to voice their political opinions, and when they do, there are sometimes unintended consequences. Recent Star Wars alumnus John Boyega took to the streets in London this week for a Black Lives Matter protest in support of the movement against police brutality, which sparked up again dramatically following the death of George Floyd at the hands of police officers in Minneapolis, MN on May 26. During an impassioned speech, Boyega acknowledged the risk inherent in an entertainment figure speaking out in such a manner, saying, “Look, I don’t know if I’m going to have a career after this, but f— that.” As it turned out, he didn’t have anything to worry about, because a deluge of support came in from Hollywood filmmakers eager to work with Boyega on future projects. The list includes Jordan Peele (Get Out, Us), who said, “We got you, John”; Chris Miller (The LEGO Movie); Lin-Manuel Miranda, who said, “Oh god I WISH”; Edgar Wright (Hot Fuzz), who said, “Have before and would again”; Mike Flanagan (Doctor Sleep); Olivia Wilde (Booksmart), who said, “Absolutely”; Peyton Reed (Ant-Man), who said, “Anytime at all”; and also the official Star Wars Twitter account. Boyega’s next two films are likely to be an action thriller called Rebel Ridge and a legal drama called Naked Singularity, but it looks like he’ll have no shortage of options after that.

For the most part, the Spider-Man movies starring Andrew Garfield and now Tom Holland have gone their own way with casting the supporting characters. However, fans were surprised at the end of last year’s Spider-Man: Far from Home (Certified Fresh at 90%) to discover that Marvel Studios actually brought back J.K. Simmons for a brief cameo as J. Jonah Jameson, the role he played Sam Raimi’s three Tobey Maguire-led Spider-Man films. The cameo seemed to tease a potential premise for Tom Holland’s third solo Spider-Man movie, and this week, Simmons confirmed that he is indeed signed to return for more Spider-Man sequels (note the plural there). There was, however, some doubt in his statement, because Simmons said, “I don’t know if I would use the word ‘expect'” when asked if fans can “expect” to see him in the next film. The next Spider-Man doesn’t have an official title (though it’s rumored to possibly be Spider-Man: Home Run), but it does have a release date scheduled for November 6, 2021 (pushed back four months from next July due to pandemic-related production delays).

3. THE FIRST FEMALE STAR WARS DIRECTOR GETS READY TO KILL THEM ALL

As director J.J. Abrams was preparing to return for Star Wars: The Rise of Skywalker (Rotten at 52%), one of his key creative decisions was to make history by hiring actress-turned-filmmaker Victoria Mahoney as his second unit director, making her the first ever woman to serve as a director on a Star Wars film. Mahoney is now signed with Paramount Pictures for what will be her first film as a director (not counting second unit, obviously) since her 2011 debut drama Yelling to the Sky, and it will be an action movie called Kill Them All.  The screenplay by screenwriter James Coyne will be an adaptation of an Oni Press graphic novel described as “a love letter to 1990s action movies” about a “hard-drinking former cop who wants his job back” and a “betrayed murderess” who team up to take down a vicious Miami crime lord.

4. SCORSESE HAS REWRITTEN DICAPRIO’S ROLE IN KILLERS OF THE FLOWER MOON

For pretty much the entire time that Martin Scorsese has been developing his adaptation of the true crime novel Killers of the Flower Moon, about an early serial killer case investigated by the F.B.I., he was planning on working with frequent collaborators Robert De Niro and Leonardo DiCaprio. Along the way, we learned that De Niro was to play the serial killer, and that DiCaprio would be playing one of the lead F.B.I. agents investigating the case. Unfortunately, having Leonardo DiCaprio in a lead role may have led the film’s budget to balloon past $200 million. In an effort to keep that cost down, Scorsese has reportedly made changes to DiCaprio’s role, which will now instead be a villain (or anti-hero) who is a nephew of De Niro’s character and leaves the door open for another (cheaper) actor to play the federal agent. The revelations of these changes came out due to Apple taking over Killers of the Flower Moon from Paramount Pictures. Paramount will still release Killers of the Flower Moon theatrically, and then the film will move to Apple+ for streaming.

Thanks to the recent success of Bohemian Rhapsody (Fresh at 60%), Rocketman, and Judy, we’re currently in the midst of a mini-boom for musician biopics. The pandemic has obviously delayed film production and release, but two movies that will come out soon are the Aretha Franklin biopic Respect (starring Jennifer Hudson) (12/25/2020) and Baz Luhrmann’s Elvis Presley project (11/5/2021), while other musicians with biopics in development include the Bee Gees, Boy George, Whitney Houston, Bob Marley, and Amy Winehouse. Thanks to Edward James Olmos, we can also now add Tito Puente, the “King of Mambo,” to that list, as Olmos is now working with Puente’s family and estate on film and TV projects based on Puente’s life and legacy. Before his death in 2000 at the age of 77, Tito Puente had a 50+ year career that included six Grammy Awards (including a lifetime achievement award) as a mambo and Latin jazz musician, band leader, songwriter, and record producer. Puente’s most famous song was probably “Oye Como Va” (thanks in part to Santana also recording the song for their 1970 album Abraxas).

6. MORBIUS DIRECTOR TAKING ON THE TRUE STORY OF THE EXECUTION

Before the current pandemic caused industry-wide production delays, Sony’s adaptation of the Marvel Comics vampire character Morbius (starring Jared Leto) was to have been released next month on July 10, 2020 (it’s now scheduled for March 19, 2021). Morbius was directed by Daniel Espinosa (Child 44, Safe House), who this week entered into a deal to develop The Execution, which is described as “a narrative drama about the background to the murder of Jamal Khashoggi, the Saudi Arabian-born dissident and Washington Post columnist who was killed” in Istanbul in 2018. The true story behind The Execution will be adapted by screenwriter Petter Skavlan, who also worked on 2012’s Kon-Tiki (Certified Fresh at 81%), which was based on the true story of Norwegian explorer Thor Heyerdahl’s expedition across the Pacific Ocean on a raft.