We talked to Golden Globe-nominated actress Adriana Barraza about her work in the Oscar-contending “Babel“and working with the infamous “Three Amigos” of Mexican cinema.

So Adriana Barraza didn’t win a Golden Globe for best supporting actress on Monday night. The Mexican actress has turned a lot of heads with her work in “Babel,” playing a nanny braving the desert along the U.S.-Mexican border to save the children in her care.

“Babel” took home best picture at the Globes, and Barraza is up for a Screen Actors’ Guild award for best supporting actress and as part of the “Babel” ensemble. With the help of a translator, Barraza spoke with Rotten Tomatoes about awards season, working with Alejandro Gonzalez Inarritu, and the new wave in Mexican filmmaking.

Rotten Tomatoes: First of all, congratulations on the Golden Globes and the SAG nominations.

Adriana Barraza: Thank you, thank you very much!

RT: Have you ever been nominated for anything before?

AB: No, no. It was my first nomination. My first prize was a Hollywood Life Breakthrough. And I said on this occasion, “Well, I have 36 years as an actress and this is my first prize!”

RT: The Golden Globes have often been called a dress rehearsal for the Oscars. An Academy Award is a possibility now, right?

AB: Well, I hope that the rule, pueda ser conmigo tambien, no?

Translator: I hope the rule holds true for me, too.

RT: “Babel” was a pretty tough role for you, huh?

AB: Yes, it was so hard. Not only physically, but emotionally, so, so hard. To create this character was so difficult because Amelia [is] nothing [like] Adriana Barraza. The weight, the look, the skin, and the character is not Adriana Barraza.

RT: I heard you had some trouble in the desert dealing with the heat.

RT: Since this was your first English-language role, was that also a challenge?

AB: Yes, because I have to try to hear me. Honestly, lo que yo decia, tengo que sonar verdadero en Ingles.

Translator: I had to try to sound real, sound convincing in English.

RT: The thing about “Babel” that’s interesting is it’s almost like three separate movies. Were you ever concerned about how your character fit in, or did you trust director Alejandro Gonzalez Inarritu to make it all work?

Barraza was nominated for a Golden Globe for best supporting actress.

RT: This has been a very big year for Mexican filmmakers internationally. Obviously it’s got to be kind of a thrill to be part of that.

RT: Is it a tight-knit community?

AB: I think the Latin people have a family every time, and every work is like my family. Mexican people are the same, in this occasion, no creo que solamente los mexicanos.

Translator: When we Mexicans see each other, we adore each other and we want all of us to triumph.

Translator: When I go to Mexico, I tell people, “go see all of the Mexican movies, even if you don’t like them, so that the Mexican film industry will have the resources to keep making movies.”

RT: Obviously this is a breakout performance for you on the international stage. Has this led to any more work? What are you doing next?

AB: I have many offers, but…I shoot in March with a new director from the Sundance Festival. [The film, “Don’t Let Me Drown,” will be directed by Cruz Angeles.]

RT: What is it about?

RT: Immigration has been a really big issue in the United States recently, and your character is sort of interesting in that she is a good person who technically did something wrong. Is that what you were thinking when you were playing that character? 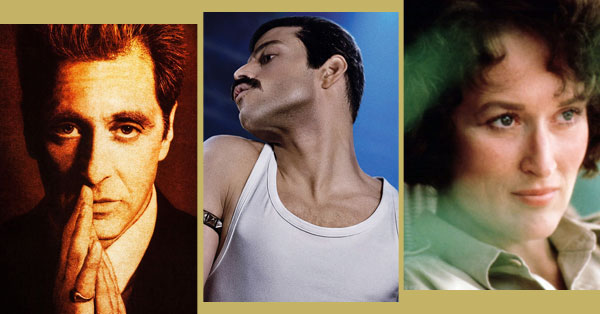