We talk with the former Congressman whose life was the subject of Charlie Wilson's War.

Charlie Wilson’s War tells a tale of political intrigue, backroom
dealings, and debauchery so wild it would seem unbelievable — were it not a
true story. With the release of the Certified Fresh War, starring
Tom
Hanks and Julia Roberts, to DVD this week, RT relived the saga with one of its
key players: Charlie Wilson himself.

As the saying goes, Washington is Hollywood for ugly people. If anyone broke
that mold, it was Charlie Wilson: the affable, good-looking former congressman’s
life has been nothing if not cinematic. In the early 1980s, the Texas Democrat
known around town as “Good Time Charlie” was distinguished more for his taste in
booze, babes, and parties than for his legislative record — that is, until he
played a major role in the demise of the Soviet Union.

Once the Russians invaded Afghanistan in 1979, Congress dedicated $5 million to
Afghan guerillas to fight the Soviets. Wilson (Hanks), who sympathized with
the plight of the Afghanis, felt that figure was nowhere near enough. With the
help of the conservative anti-communist billionaire socialite Joanne Herring
(Roberts) and a cynical CIA operative named Gust Avrakotos (Philip Seymour
Hoffman), Wilson helped bump that figure to $1 billion. The money helped the
Afghan forces drive the Soviets out of Afghanistan (the U.S.S.R. collapsed two
years later), and the plan was implemented with almost no notice from the public
— until the 2003 publication of George Crille’s book 2003 book Charlie
Wilson’s War: The Extraordinary Story of the Largest Covert Operation in
History. However, during the conflict, young men from around the
Middle East (the so-called “Afghan Arabs,” whose ranks included Osama Bin Laden)
went to Afghanistan to fight the Soviets; when the war ended, a power void was
left that the Taliban eventually filled.

Wilson, now 74 and retired from Congress, has been happily married for nine years
— and he’s as honest and charming as ever. We talked to Wilson about making the
story as accurate as possible, the culture of Washington then and now, and the
future of Afghanistan.

Obviously, anytime someone’s making a biopic, they’re going to have to change
certain things to make the narrative work. How much of the movie is as it was,
and how much did they embellish?

CW: I would say that at least 80 percent was really true to the story. It’s
amazing how much of that hour and 37 minutes was real stuff. Maybe some of
Joanne’s sayings weren’t exactly the way they were. But that’s so picky.
Mike
Nichols held it so close to the real story. If you read the book and saw the
movie… the book is absolutely 95 percent accurate.

Did the movie get you right?

What was your involvement in making the movie?

CW: They were very generous with my wife and me with letting us on the set
whenever we wanted to come, which was fairly often. On the set, I had no
authority whatsoever, but I was able to point out, y’know, technical things,
things in the story where I felt it wasn’t the way it came down. They did me the
great honor of listening to me. Mike Nichols was always open, and was willing to
make changes when he was convinced that maybe they didn’t have it quite right.
With his openeness, that’s one of the ways they got a lot of the errors out that
would ordinarily show up in a movie like this.

Did you spend much time with Tom Hanks?

CW: He was extremely generous with his time, and we spent a lot of time talking,
and telling jokes. Tom’s a wonderful guy.

A lot of what happened in the early 1980s has come back into the news. The
Soviet Union is obviously gone, but there was concern that funding the
mujahideen would have a blowback effect. How do you respond to that?

CW: It just doesn’t really hold water. You gotta remember that it was 11 years
after the Russians left Afghanistan that we ever heard of the Taliban. You just
can’t predict those kinds of things. You have no idea, no earthly idea. The
[CIA] — and I know this is true, ’cause I was in the middle of it — never
recruited a single [Afghan] Arab to fight with the mujahideen. In the first
place, the Arabs weren’t nearly as good fighters. Also, we had limitless
manpower, so why would we go out and recruit Arabs? There were none recruited.
The second thing is they’re not using any weapons at all that they would have
found that were used by the mujahideen. None. So the idea that we either trained
or equipped the Taliban is just silly. The final thing is, if they had indeed
captured any weapons, the only one that would have been of any value to them
would have been the stinger. If they had any stingers, we would have seen some
airliners shot down.

When was the last time you were in Afghanistan?

CW: The last time I was in Afghanistan was about a year before the Soviets left.
The Soviets left in 1989 in February, so it would have been in ’88.

What’s your take on what’s happening there now?

CW: The [Bush] administration started out really well when they first attacked
Afghanistan and rolled back the Taliban without very much problem, and then
started a lot of public works programs to rebuild the country. The Iraq war,
unfortunately, changed the emphasis, and we took a lot of resources out of
Afghanistan to put ’em in Iraq, both military and reconstruction-type things.
We’ve suffered greatly because of that.

That’s one of the things the movie emphasizes: in addition to defeating the
Soviets, you didn’t want a power vacuum in Afghanistan.

CW: That’s absolutely right, and that’s what we got. Congress had been so good
up until that time, but they just turned deaf ears; once the Russians stepped
out of there, Congress just lost interest. I fought it as hard as I could, but
obviously, I was unsuccessful.

Do you think people have lost interest in Afghanistan now, with the emphasis
being on Iraq?

CW: I don’t think so, because there’s been so much about Afghanistan in the
papers, and so much about the Taliban resurgence, and so much about some of the
NATO allies not wanting their soldiers to fight. I don’t know if I can take
credit for this, but everybody in Congress today says Afghanistan is the good
war and Iraq is the bad one. The Democrats who ferociously opposed the Iraq war
support the Afghan war. I think there would be a chance, if we could shut down
Iraq, we could achieve the kind of unanimity we had before, and we could get
something done.

Another reason Afghanistan has been in the papers lately is the question of
boycotting the Olympics. After the invasion of Afghanistan, the U.S. didn’t
participate in the Moscow games. Do you think the 1980 boycott was effective?
Would you favor a boycott of the Beijing Olympics over the issue of Tibet?

CW: Well, I don’t know if it was effective, but it damn sure seriously offended
the Soviets and caused them great embarrassment. There’s no question about that.
The sins of the Chinese are not up to the sins of the Soviets invading a country
with 170,000 soldiers. I don’t want it to appear that I’m not sensitive to civil
rights violations, but we need to keep things in perspective here, and the
current situation doesn’t rise to the standard of outrage that the invasion of a
small country did.

One of the things that’s so remarkable about what happened was that it was so
under the radar, that both parties worked together to defeat the Soviets. Do you
think Washington has become more ideological since you left Congress in 1996?

CW: [Since the early 1990s] it’s gotten more bitterly partisan. In rebuilding
Afghanistan, if we didn’t have the Iraq thorn in our side, I think Congress
could come together on that.

In the early 1980s, you had something of a reputation…

CW: Yup. (laughs) When the book came out, I was gonna sue ’em, but my lawyer
convinced me they could prove everything.

Do you think, given the way politics is covered now, that any of this stuff
could have happened, from bringing down the Soviets to your general day-to-day
activities?

So Washington’s gotten a lot more sterile since you left?

CW: It has. Not because of my leaving, but it has. They all look like they’re
running for president of the Rotary Club.

How’s your health these days?

CW: I had a heart transplant. I’m recovering, but you don’t get over a heart
transplant in six months, which is how long I’ve been out. I’m looking forward
to making a lot of progress in the next six months. But with the anesthetic and
all, my memory’s not good, and I’ve had some physical problems, but I hope to
get better with vigorous exercise, under the lash of my ballerina wife.

How was the premiere of the film?

CW: It was just spectacular for me. Just absolutely spectacular. I really wasn’t
supposed to go to the premiere [after the heart transplant], but I begged and
begged my doctor. Finally, he agreed to let me go as long as he got to come too.
But I paid a terrible price, and I was unable to go to the various festivities
in Washington.

We wanted to ask you, what are your favorite movies?

CW: Well, my very favorite is
Casablanca. I just love everything about
it. I love the story, love Bogart. I like
Primary Colors. I like Dr.
Strangelove. I love Bulworth, although that one didn’t do much. I
loved Patton. I like Jaws a lot.
E.T.

What makes a good movie for you? 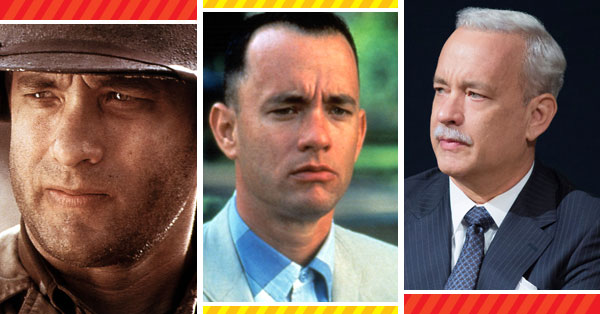