The Batman won't be an origin story, The Others and The Night of the Hunter get remakes, and new projects for Lady Gaga, Jesse Eisenberg, and Fede Alvarez.

This Week’s Ketchup brings you seven headlines from the world of film development news, covering such titles as Ant-Man 3, and remakes of The Others and The Night of the Hunter. 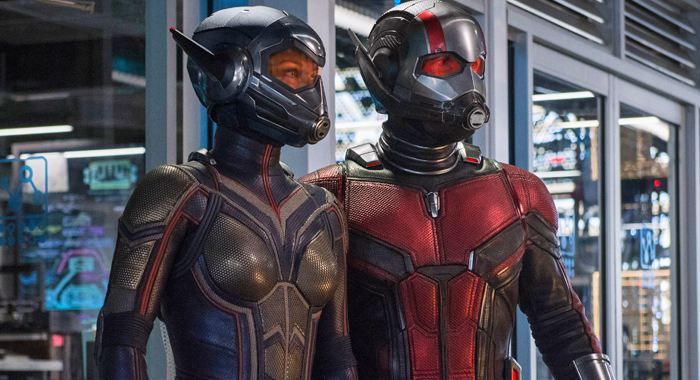 One of the side effects of COVID-19 forcing (most of) the entire MCU schedule to shift back several months (starting with Black Widow moving to November 6, 2020) is that all of those movies are still in the works, so instead of there being four or five films being actively developed, we now have more like seven or eight going on at the same time. One of the furthest out (it doesn’t even have a release date yet) is Ant-Man 3, which is looking like it will come at least four years after the 2018 release of Ant-Man and the Wasp (Certified Fresh at 88%). With that in mind, this week Marvel hired its first writer for the project, namely Jeff Loveness, a writer and producer on the popular Rick and Morty animated cable show. There is no indication yet about what Ant-Man 3 might be about, except that Paul Rudd and Evangeline Lily will both return as Ant-Man and the Wasp. Having said that, one could look at the comics and the seeds that previous Marvel movies have planted to guess that the third film could possibly introduce Scott Lang’s daughter Cassie as a new teen superhero called Stature. In the comics, Cassie Lang has been an active superhero since 2005, including stints in groups like the Young Avengers, the Mighty Avengers, and the Secret Avengers. And, like many superheroes, she has also “died,” but — this being comic books we’re talking about — she also eventually got better. In the MCU, Cassandra Lang was last seen in Avengers: Endgame, played by teen actress Emma Fuhrmann.

1. THE BATMAN DIRECTOR PROMISES IT WON’T BE ANOTHER ORIGIN STORY

Ever since Robert Pattinson was announced as Bruce Wayne in next year’s The Batman (6/25/2021), there was some expectation that we would get yet another version of Batman’s origin story. This week, director Matt Reeves clarified the issue by specifically assuring that The Batman will not be another “origin tale,” although it will be “a tale that would still acknowledge his origins, in that it formed who he is. Like this guy, he’s majorly struggling, and this is how he’s trying to rise above that struggle.” As for how The Batman has been impacted by the recent production shutdowns due to the COVID-19 pandemic, Reeves also revealed this week that they had “actually shot a quarter of the movie.” As with most currently stalled productions, there is no confirmed schedule for when Reeves and his cast will be able to get back together in London to continue filming, which means the film’s currently scheduled release date of June 25, 2021 could change.

A number of movie stars and directors are currently self-quarantined, as many of us are, but one small glimmer of fun in the midst of all this is that many of them are staging online events like “group watches” of various films. For example, Taika Waititi and his Thor: Ragnarok star Tessa Thompson staged a live watch of that film on Thursday, and in the process, Waititi dropped a few new details about what we can expect from Thor: Love and Thunder (2/18/2022). Calling the film “so over the top,” he also suggested that fans “look up space sharks” (likely a reference to “Starsharks“) and shared some of the new film’s concept art, including some new armor for Miek.

This coming October will mark two years since the release of Lady Gaga’s A Star is Born (Certified Fresh at 90%), and this week, her next big film got a little closer to happening. Lady Gaga is attached to star in the true crime drama Gucci about the murder of fashion icon Mauricio Gucci, playing Patrizia Reggiani, Gucci’s ex-wife “who was convicted of orchestrating his hit after he had an affair” (apologies if that that’s a spoiler, but it’s sort of how this entire story is being addressed in the news). Gucci is one of dozens of projects that Ridley Scott has been attached to in the last decade, but MGM coming aboard this week is being seen as an indication that Gucci will be one of Scott’s next projects, possibly right after The Last Duel, which will reunite Ben Affleck and Matt Damon, along with Adam Driver. Indeed, MGM has already given Gucci a release date of November 24, 2021, which has to be seen as rather ambitious, considering all the current delays in film production. That date is just 11 months after December 25, 2020, which is when The Last Duel is currently scheduled (though that could also potentially be pushed back).

4. JESSE EISENBERG TO MAKE HIS DIRECTORIAL DEBUT BASED ON AN AUDIBLE ORIGINAL

With the long-in-development sequel Zombieland: Double Tap released last year, and with Warner Bros. unlikely to use his version of Lex Luthor again now that the Henry Cavill version of Man of Steel is likewise pretty much over, Jesse Eisenberg has a lot more time on his hands now. Heck, even the Rio movies are done. And so, as many actors of a certain caliber often do, Eisenberg is preparing to make his feature film directorial debut. That film will be called When You Finish Saving the World, and Eisenberg has recruited Julianne Moore and Finn Wolfhard (Mike from Stranger Things) to star in it. Moore and Wolfhard will play a mother and son in the drama adapted from an upcoming Audible Original recording of the same title. Jesse Eisenberg also voices a role in the Audible production, so he may have a role as well as being the film’s director.

As the world continues to struggle through an actual pandemic, one has to wonder how movies will tackle the subject. Diseases have frequently been an explanation in film for zombies (28 Days Later, for example, blamed it on a “rage virus”), and as of this week, we’re already getting a new movie about a zombie pandemic. Chilean director Fede Alvarez, who previously gave us both Don’t Breathe (Certified Fresh at 88%) and the 2013 Evil Dead remake (Fresh at 62%), has signed on with Lionsgate (the studio behind both of those films) for 16 States, about a mother who has to make her way back to her family who are stuck in the middle of a massive zombie outbreak. The 16 States screenplay has also been described as having “shades of the Will Smith movie, I Am Legend.”

Disney’s acquisition of the Fox film and TV properties has now been a done deal for over a year, but the projects that were in various stages of development are still left in sort of an odd state. (The New Mutants, for example, still hasn’t been released yet, two years after its original release date.) The last film to make it out of the former 20th Century Fox studios was Alita: Battle Angel (Fresh at 61%), the long-in-development adaptation of the 1990s manga and video game. It earned over $400 million worldwide, but its budget was also over $170 million, and while it seemed intended to start a new sci-fi franchise, there hasn’t been much news about a sequel since its release. Christoph Waltz, who basically had a “Gepetto”-style role, was asked this week about his interest in returning for a sequel, and he said that he hasn’t “heard anything and I’m a little disappointed and surprised that I haven’t heard a thing so far, because I know that it has followers. I know that people liked it, and aside from what others said, I loved it and I liked working on it and I liked the result.” This is far from news that Disney will ever want to move forward with an Alita: Battle Angel sequel, but at least one of their stars sounds like he’d love to return for more.

7. HORROR FILM THE OTHERS IS GETTING MODERN REMAKE

There is a strong argument to be made that 2001’s The Others (Certified Fresh at 83%) is a close-to-perfect claustrophobic ghost story that is only aging better because of its World War II setting. The Others worked despite hinging upon a “twist” ending at a time (the late 1990s into the early 2000s) when many horror or suspense films relied on them. One would think, therefore, that a story like The Others would be impossible to “remake,” since the twist is already out there for anyone who saw the original. Regardless, that’s exactly what is happening, as a modern retelling of The Others is now in development. The remake project’s producer, Renee Tab, said “It is almost eerie and uncanny how timely the themes are today: self-isolation, paranoia and fear, and of course the intense desire to protect our children and ourselves from harm.” One has to wonder if the remake will involve a mother keeping her children in the house due of fears of them catching an illness.

8. UNIVERSAL’S REMAKE FEVER REACHES THE NIGHT OF THE HUNTER

When Martin Scorsese remade 1962’s Cape Fear with Robert De Niro in 1991, he effectively raised that film’s profile as an intense thriller. The irony, however, is that Robert Mitchum’s performance as the baddie in Cape Fear was arguably a reprise of a similar role he played seven years earlier in The Night of the Hunter (Certified Fresh at 99%), actor Charles Laughton’s first and only feature film as director. (The Night of the Hunter also had an influence on Spike Lee’s Do the Right Thing, which featured a character with “Love” and “Hate” on his hands.) Following their recent success with a modern remake of The Invisible Man (Certified Fresh at 91%), Universal Pictures is now developing a remake of The Night of the Hunter to be written by screenwriter Matt Orton (2018’s Operation Finale, Fresh at 60%). As with The Invisible Man, the story is expected to be set in the modern day.