Monty Pythpon's Spamalot and the Rubik's cube are both getting the big-screen treatment, but Ray Fisher's DC Cyborg is not.

This Week’s Ketchup brings you more headlines from the world of film development news, covering such titles as The Flash, Rubik’s Cube, and Spamalot. 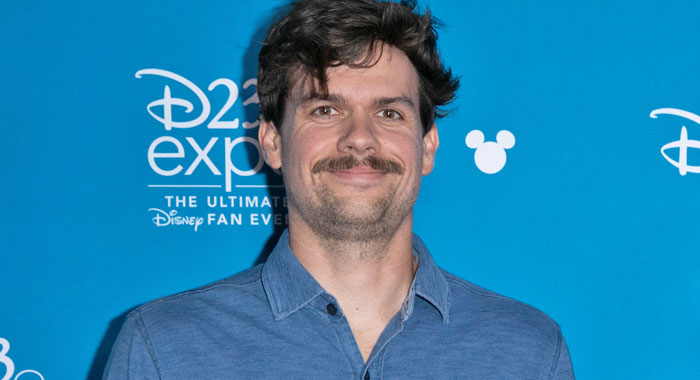 At their big investor day event last month, Disney announced that Wonder Woman director Patty Jenkins would be directing Star Wars: Rogue Squadron for late 2023, and that Taika Waititi (Thor: Ragnarok) is also still writing his own Star Wars movie. The Star Wars feature film that was not even remotely mentioned (to the point that one might have assumed it might be cancelled) was the project announced in September, 2019 as being produced by Marvel Studios chief Kevin Feige (though Kathleen Kennedy did clarify that it was a “ways off”). We can now guess that maybe Disney just wasn’t quite ready to announce this week’s news, which is that Feige’s Star Wars project is now to be written by Rick and Morty (Fresh at 94%) producer Michael Waldron. Besides Rick and Morty (and HarmonQuest), Waldron has two more direct connections to Feige and Marvel, as he is also writing Doctor Strange in the Multiverse of Madness (3/25/2022), and was also the head writer on the upcoming Disney+ show Loki (expected to start streaming in May, 2021). In related news (sort of), Patty Jenkins and Gal Gadot also recently signed with Warner Bros. for Wonder Woman 3, although it’s unclear if it will be produced before or after Star Wars: Rogue Squadron, or what it might be about. As for Waldron, he is also expected to work on season 2 of Loki, which is also news because Loki was previously thought to be a one-season miniseries.

Although English filmmaker Alex Garland may still lack the name brand recognition of some of his colleagues, his science fiction work both as screenwriter (28 Days Later, Sunshine) and director (Ex Machina, Annihilation) has consistently been Fresh on the Tomatometer for 20 years. For his next film, Garland may be switching things up a little bit, as the project called Men is described as a low-budget horror film set in the U.K. about a young woman “who goes on a solo vacation to the English countryside after the death of her husband.” The two main stars will be Irish actress Jessie Buckley (Netflix’s I’m Thinking of Ending Things, Certified Fresh at 81%) and England’s Rory Kinnear (probably best known as the current iteration of MI6 suit Bill Tanner in the James Bond franchise). Men will be distributed by A24, which was also the company behind Ex Machina.

2. MONTY PYTHON AND THE HOLY GRAIL TO RETURN AS SPAMALOT MOVIE

Plenty of comedians make the jump from TV to film, but few have a hit that is held in quite as high esteem as 1975’s Monty Python and the Holy Grail (Certified Fresh at 97%). In 2005, a stage musical called Spamalot, adapted from the movie by Monty Python member Eric Idle, made its debut on Broadway, and to date, the musical has earned over $175 million during its various worldwide runs. In 2018, 20th Century Fox acquired the rights to make a Spamalot movie, but the project appeared to stall after the Fox film properties were acquired by Disney in 2019. Instead, Paramount Pictures has now stepped in to actually produce the Spamalot movie, which arrives at Paramount from Fox “fully developed,” with a screenplay by Eric Idle and the musical’s choreographer Casey Nicholaw attached to possibly make his feature film directorial debut (depending upon which gets produced first, Spamalot or the movie adaptation of the Mean Girls stage musical). It’s not yet known if any of the various stage performers will reprise their roles in the movie, but some of those possible stars include Tim Curry (Arthur), Hank Azaria (Lancelot), and David Hyde Pierce (Sir Robin).

As Disney continues to adapt their classic animated movies as new live-action films, their approach has varied as to exactly how closely the premise and casts stick to the original film, from pretty spot on (The Lion King, The Jungle Book) to quite, quite different (Mulan, Aladdin). Until this week, most of the casting we’d heard about The Little Mermiad suggested something closer to the former, as all of the confirmed characters seemed to be directly from the original 1989 film (Certified Fresh at 93%). To refresh the reader’s memory, the announced cast so far includes Grown-ish co-star Halle Bailey as Ariel, Jonah Hauer-King as Prince Eric, Awkwafina as Scuttle, Javier Bardem as Triton, Daveed Diggs as Sebastian, Jacob Tremblay as Flounder, and Melissa McCarthy as the evil octopus sea witch Ursula. To that list, we can now add Noma Dumezweni (HBO’s The Undying), except that she will be playing an entirely new character who wasn’t in the 1989 original. Walt Disney Pictures has not yet scheduled The Little Mermaid, but we can probably presume it will be sometime in either 2022 or 2023. Dumezweni previously worked with Disney as Miss Penny Farthing in 2018’s Mary Poppins Returns (Certified Fresh at 79%).

One of the stories that broke during the Weekly Ketchup’s three week holiday break was about Brad Pitt’s Plan B making a deal with MGM for their adaptation of the “dark, surreal comedy” sci-fi novel Landscape with Invisible Hand, set in a future after the Earth has been invaded by an alien force. (This news came three years after Plan B first acquired the rights to the novel in 2017, but slow development isn’t that unusual.) The MGM deal may have helped Landscape with Invisible Hand continue to move forward, because we can also already now report that Tiffany Haddish is in final negotiations with MGM and Plan B to star in Landscape with Invisible Hand, although it’s unclear which role she will play. The premise is described as being about two human teenagers who come up with a scheme to make money in Earth’s devastated econonmy by “broadcasting their dating life to the fascinated aliens,” except that they eventually “come to hate each other [but] can’t break up without bankrupting their families.” Landscape with Invisible Hand will be directed by Cory Finley (Bad Education, Certified Fresh at 94% and Thoroughbreds, Certified Fresh at 86%).

Thanks to the COVID-19 pandemic and everything else going on the world, there are probably some movies that are getting released to much more obscurity than they would’ve otherwise. One such film is Wrath of Man, the latest crime drama directed by Guy Ritchie (Aladdin, The Gentlemen, Sherlock Holmes), whose films are usually much more prominent (and that’s without mentioning the film’s star, Jason Statham). For his part, Ritchie is moving forward with another project, a spy thriller called Five Eyes, which will start filming at locations in Turkey and Qatar later this month. We’ve known for a while that the two leads in Five Eyes will be Aubrey Plaza and Jason Statham (his fourth collaboration with Ritchie), and as of this week, we can add Cary Elwes to the cast as well. Elwes will play the espionage operator who teams up Statham’s MI6 super spy with Aubrey Plaza’s high tech expert CIA agent.

6. CAN ANYONE SOLVE HOW TO TURN RUBIK’S CUBE INTO A MOVIE?

It’s been a few years since we regularly saw movie pitches being sold for non-narrative toys and games like Viewmaster, Play-Doh, and Pez, but thankfully, most of those are either still spinning around in development or have since been shelved. Unfortunately, The Emoji Movie (Rotten at 7%) still happened. With all of that in mind, the latest toy to get its own movie deal is the puzzle box and nostalgia artifact that is the Rubik’s Cube. The producers appear to be name checking Netflix’s The Queen’s Gambit in an effort to demonstrate how a movie like Rubik’s Cube can be successful. Rubik’s Cube will be a joint production between Hyde Park Entertainment Group (Blue Valentine, Machete) and Endeavor Content (Hamilton, Once Upon a Time… in Hollywood). Hyde Park is also developing a TV game show based on Rubik’s Cube.

7. RAY FISHER’S CYBORG NOT GETTING HIS OWN MOVIE AFTER ALL (OR A ROLE IN THE FLASH)

It was just a little over six years ago that Warner Bros. held their big DC Comics movie event, during which they announced a few movies that did happen (Aquaman, Shazam and Wonder Woman), at least one we’re still waiting on (The Flash), and a few that didn’t (Cyborg, Green Lantern, Justice League Part Two). The Cyborg movie was actually originally supposed to be released over 8 months ago, but the last week has seen a flurry of stories bout Cyborg and that last delayed film that’s actually happening, The Flash. It all started just before the New Year, as Cyborg actor Ray Fisher continued to speak out against the way he felt Warner Bros. handled his reports of misconduct during the Justice League reshoots, which led to Fisher announcing that he was dropping out from ever playing Cyborg again. Soon after, Warner Bros. confirmed that Cyborg’s cameo role in The Flash had been written out, and that the role would not be recast. WarnerMedia also put out a statement last night confirming that longtime DC Comics writer and producer Geoff Johns is still working for the company (reversing a Ray Fisher social media statement). Even without Cyborg, The Flash should still be a superhero-filled adventure, with the expected cast so far including Ezra Miller as The Flash, Billy Crudup as his father, and at least two different Batmen (Ben Affleck and Michael Keaton, despite some recent rumors to the contrary). Warner Bros. has scheduled The Flash for November 4, 2022, wrapping up a year that is expected to also include The Batman, Aquaman 2, and Black Adam.