The Star Wars universe raids GOT cast again, Meghan Markle speaks to Oprah Winfrey, a Party Down revival, and more of the week's biggest TV and streaming news. 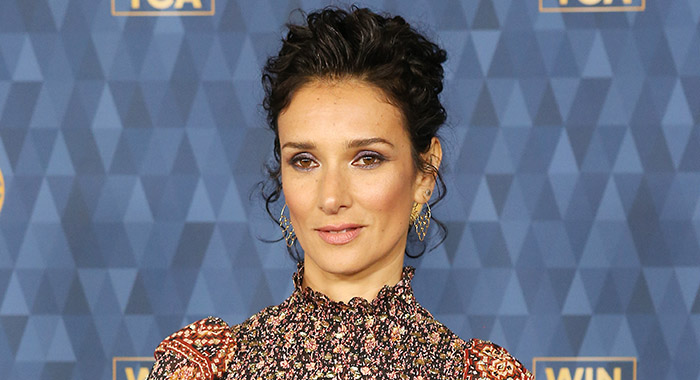 Indira Varma will follow her Game of Thrones costar Pedro Pascal into the Star Wars universe. Varma, who played Ellaria Sand to Pascal’s The Viper in the HBO fantasy series, has joined the cast of Star Wars: Obi-Wan Kenobi, starring opposite Ewan McGregor and Hayden Christensen.

The series plot and details on Varma’s character are being kept under wraps, Deadline reports, and Disney has yet to confirm the casting yet. But Varma did like a Tweet sent by Kim Cattrall, who was congratulating Varma on the role (whatever that specific role may be).

McGregor and Christensen are playing Obi-Wan Kenobi and Darth Vader in the series, which is set 10 years after the events of Revenge of the Sith and before the events of A New Hope.

It’s unlikely that lovers The Viper and Ellaria Sand would reunite in the Star Wars universe, since The Mandalorian takes place after the time of Return of the Jedi during a period in which Obi-Wan Kenobi is dead — a reunion is not impossible, however, depending on Varma’s character and storyline.

Duchess of Sussex Meghan Markle and Prince Harry speak to Oprah Winfrey in a special, Oprah with Meghan & Harry, that airs on Sunday at 8 p.m. on CBS. The program’s first teaser released on Wednesday revealed that Markle feels the Palace takes part in the disinformation circulating about the couple.

“I don’t know how they could expect that after all of this time we would still just be silent if there is an active role that The Firm is playing in perpetuating falsehoods about us,” Meghan said. “And if that comes with risk of losing things, I mean ― there’s a lot that has been lost already.”

In a second clip released on Friday, Markle lamented not being able to speak for herself previously.

“As an adult who lived a really independent life to then go into this construct that is, um, different than I think what people imagine it to be, it’s really liberating to be able to have the right and the privilege in some ways to be able to say, ‘Yes … I’m ready to talk,’” Markle told Winfrey of previously having to turn down her invitation to be interviewed. 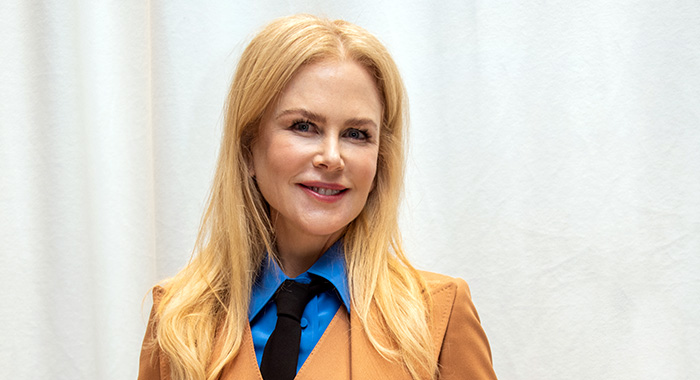 All-stars in front of the camera and behind it: GLOW creators Liz Flahive and Carly Mensch have gathered a stellar lineup of actresses for Roar, an anthology comedy series based on a book of darkly comic short stories from Cecilia Ahern.

Nicole Kidman, Cynthia Erivo, Alison Brie, and Merritt Wever will be front and center in the series, the first show to come from Flahive and Mensch in their overall deal with Apple. Kidman and Ahern will also be producers on Roar.

Thunder Force is the team made up of Melissa McCarthy and Octavia Spencer when they get their hands on some superhero powers. Also stars Jason Bateman and Bobby Cannavale. Premieres April 9 (Netflix). 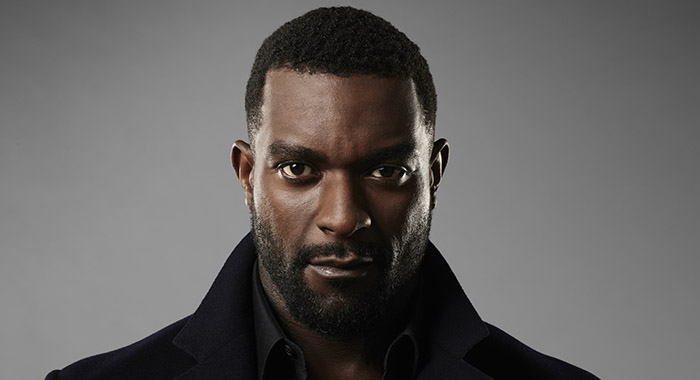 Blood & Treasure and Bull star Michael James Shaw will play Mercer in the 11th and final season of The Walking Dead. In the comics, Mercer is a mohawked Marine and a leader at the Commonwealth, where he gets into a romance with Princess and is in the comic through the final issue. (Deadline)

Sissy Spacek and Ed O’Neill will star in the Amazon sci-fi series Lightyears, about a couple who have known for years about a deserted planet buried underneath their backyard. When a young man enters their life, he shakes up their world, including revealing a lot more about that secret planet.

David Oyelowo will star opposite Gugu Mbatha-Raw in HBO Max’s The Girl Before, the four-part adaptation of JP Delaney’s bestselling thriller about a woman who moves into an architect’s beautiful home, but quickly learns he has exacting rules and that the women who lived in the house before her met a tragic end.

Another casting for Showtime’s The First Lady: Dakota Fanning will play Susan Ford, the daughter of Betty and President Gerald Ford, in the anthology series.

Ione Skye has joined the cast of HBO Max’s Made For Love. (Variety)

The Strain and SMILF star Miquel Gomez is joining the cast of CBS’s FBI: Most Wanted, playing special Agent Ivan Ortiz, a former LAPD Gang Unit officer and FBI counter-terror agent. He joins the series in the March 9 episode. (Deadline)

Cobra Kai stars Vanessa Rubio, who plays Carmen, Johnny Lawrence’s love interest and the other mother of Johnny’s mentee, Miquel, and Peyton List, who plays Tory Nichols, Miguel’s ex and Samantha Russo’s rival, have been promoted to series regulars for Season 3 of the Netflix drama.

Unorthodox Golden Globe-nominee Shira Haas will star as Golda Meier in an adaptation of Francine Klagsbrun’s book Lioness: Golda Meir and the Nation of Israel. Barbra Streisand is producing the series. (Deadline)

Sons of Anarchy alum Theo Rossi will star in True Story, the Netflix limited series starring Kevin Hart and Wesley Snipes as a comedian (Hart) and his brother (Snipes), who have a wild night out in Philadelphia and find their life completely upended. Rossi plays a man who is a super fan of Hart’s Kid, and who follows him around on all his tour stops. (Deadline)

Constance Wu will star with Chris Pratt and Taylor Kitsch in Amazon’s The Terminal List. The conspiracy thriller features Pratt playing Reece, a Navy SEAL whose platoon is killed, leading him and his best friend (Kitsch) to seek vengeance on those responsible. Wu will play a journalist who helps Reece by turning a media spotlight on the conspiracy he’s fighting against.

PRODUCTION & DEVELOPMENT: Starz Wants to Party Down With a New Revival 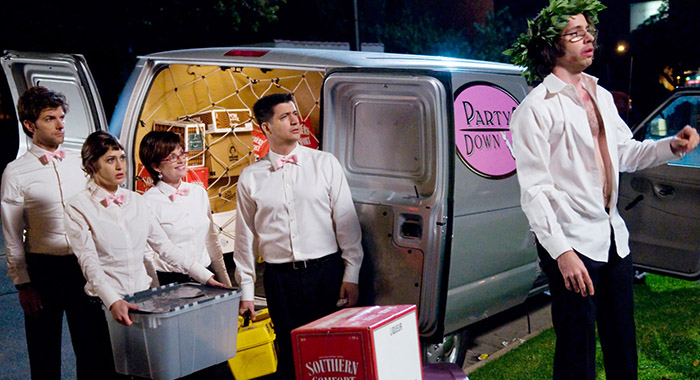 It’s time to Party Down at Starz: the network is developing a six-episode revival of the 2009-10 comedy about a Los Angeles cater-waiter team. Rob Thomas and Paul Rudd return as producers, while John Enbom will be showrunner. “At the end of 2019, the Party Down cast and producers were all reunited at a retrospective for the show hosted by Vulture. We had such a good time that we wanted to find a way to get the team back together again,” Thomas said. “The cast is so busy these days that finding a window where we can do it may require trigonometry, but we’re determined to make it happen.” No cast has been set yet, but the all-star line-up of the original series included Ken Marino, Adam Scott, Jane Lynch, Martin Starr, Ryan Hansen, Lizzy Caplan, and Megan Mullally.

Disney+ is making a live-action remake of Pinocchio, with Joseph Gordon-Levitt as the voice of Jiminy Cricket, Cynthia Erivo as the Blue Fairy, Tom Hanks as Geppetto, Luke Evans as The Coachman, Keegan-Michael Key as the voice of Honest John, Lorraine Bracco as the voice of a new character named Sofia the Seagull, and Benjamin Evan Ainsworth as the voice of Pinocchio. Robert Zemeckis (Forest Gump) will direct the movie and write it with Chris Weitz (American Pie).

Spike Lee is directing a docuseries about New York City for the 20th anniversary of 9/11. NYC Epicenters 9/11→2021½ will air on HBO, and will find the proud NYC filmmaker covering the aftermath of the Sept. 11 attacks, and now COVID, via interviews with more than 200 people. “As a New Yawker who bleeds orange and blue (the colors of New York City), I’m proud to have a ‘Spike Lee Joint’ about how our/my city dealt with being the epicenters of 9/11 and COVID-19,” Lee said. “Over centuries pundits and straight haters have proclaimed NYC was dead and stinkin’, only to be proved wrong. You will lose ya money betting against New York, New York.” (NY POST)

A&E and Lifetime are teaming up for a four-hour, two-hour documentary on Janet Jackson. With the working title Janet, the special will mark the 40th anniversary of the release of Jackson’s first album release in 1982. Janet will take a deep dive into her personal life and career as one of the most successful pop artists of all time, and, of course, all about the scandals involving her family and brother Michael, and the infamous “Nipplegate” Super Bowl halftime show. The special is expected to air in 2022.

HBO Max is in production on 8-Bit Christmas, a retro-feel  movie about a 10-year-old boy, in the 1980s, who wants nothing more than the hottest videogame for the holidays. June Diane Raphael and Steve Zahn play Jake’s (Winslow Fegley) parents, and Neil Patrick Harris plays the adult version of Jake.

Bosch will end with season 7 on Amazon this summer, but star Titus Welliver will star in a spin-off series on Amazon sister streaming network, IMDB TV. Welliver will co-star with Mimi Rogers, a.k.a. Honey Chandler, Harry Bosch’s enemy who he’ll now have to work with in the new series. Madison Lintz will also return for the sequel, playing Bosch’s daughter, Maddie.

After last week’s dismal Golden Globes telecast, the Screen Actors Guild awards folks have decided to air a more modest ceremony for the SAGs on April 4: pre-taped, no host, no red carpet, mini speeches, brief comedy bits, and the whole thing clocking in at just an hour.

The Batman co-writer and Netflix’s Project Power writer Mattson Tomlin will be the showrunner and executive producer on an anime series version of Terminator for Netflix.

SpongeBob SquarePants is getting another spin-off series: The Patrick Star Show. The prequel will find Patrick (Bill Fagerbakke) living at home with his ‘rents, and hosting a TV show in his bedroom.