Two sequels, four remakes, a new trailer for Spider-Man: Far From Home, and adaptations of both a video game and a board game top the list.

Today’s Ketchup brings you another 10 headlines from the world of film development news, covering stories from the last few weeks (because of the holidays) for titles such as Final Destination, Ghostbusters 3, Disney’s Hunchback, and Monopoly. 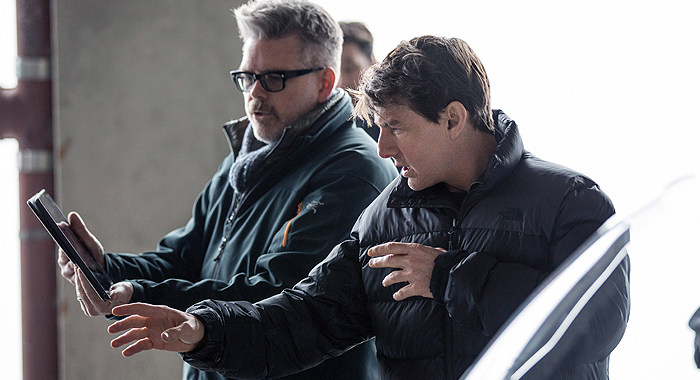 1. AN ACTUAL GHOSTBUSTERS 3 IS NOW FAST-TRACKED FOR SUMMER, 2020

We’ve been seeing year-after-year of reboots and remakes, but only very rarely are they overturned by later films. If you were a big fan of 2016’s Ghostbusters (Certified Fresh at 74%), we have some bad news for you, as Sony is now pulling an about-face. Rather than moving forward with a sequel starring Melissa McCarthy, Kristen Wiig, Kate McKinnon, and Leslie Jones, Sony is aiming to produce a Ghostbusters 3 that will extend the continuity that started with the 1984 movie starring Bill Murray, Dan Aykroyd, Harold Ramis, and Ernie Hudson. Ghostbusters 3 will be a legacy sequel, with Jason Reitman (Juno, Up in the Air, Tully) taking over from his father Ivan Reitman. Ghostbusters 3 will reportedly feature the teenage kids of the original Ghostbusters, possibly comprised of two daughters and two sons. We even already got a teaser trailer this week for the sequel, which is aiming for a summer 2020 release. In related news, Bill Murray is now signed to reunite with his Lost in Translation director Sofia Coppola for On the Rocks, co-starring Rashida Jones.

2. BLACK PANTHER‘S NOT THE ONLY AFRICAN KING GETTING A SEQUEL: COMING TO AMERICA 2

The 1988 blockbuster comedy hit Coming to America was #3 at the box office that year, preceding by three decades the success of another African king in last year’s Black Panther. We already know Black Panther is getting a sequel, but now we can count on one for the former as well. Eddie Murphy is signed to return as Akeem Joffer of Zamunda for Coming to America 2, which will be directed by Craig Brewer (Hustle & Flow, Black Snake Moan). Murphy and Brewer are coming off their recent collaboration on Netflix’s upcoming Rudy Ray Moore biopic, Dolemite is My Name.

There are absolutely no signs of Walt Disney Pictures slowing down their live-action adaptations of their classic animated films anytime soon (setting aside whether The Lion King is “live action”). In addition to all of the films in development, the next five on Disney’s upcoming slate are Dumbo (3/29/2019), Aladdin (5/24/2019), The Lion King (7/19/2019), Mulan (3/27/2020), and Maleficent II (5/29/2020). We can now add Hunchback, an adaptation of 1996’s The Hunchback of Notre Dame, to the mix, as Josh Gad is now producing the remake for Disney. (Gad is a frequent Disney star, including Frozen, Beauty and the Beast, and Frozen 2.) Gad is not currently expected to star, but that could change with time. Meanwhile, another project, Pinocchio apparently hit a snag over the holidays, with Paddington 2 director Paul King recently walking away (while Guillermo del Toro’s Pinocchio is now in development at Netflix).

4. SPIDER-MAN: FAR FROM HOME TRAILER REVEALS MYSTERIO AND THE “ELEMENTALS”

An all-too-common complaint about trailers is that they reveal too much, with the best ones arguably just whetting our appetite without giving away the whole narrative. This summer’s Spider-Man: Far from Home (7/5/2019) has a very thin line to walk indeed, as its mere existence could be a “spoiler” for Avengers: Endgame (4/26/2019). Let’s focus instead on what this trailer actually does show, which is Jake Gyllenhaal as Mysterio fighting mysterious monsters called “The Elementals.” In the trailer, Mysterio appears to be acting as a superhero, but many fans were quick to point out that in his first appearance in 1964, Mysterio similarly pretended to be heroic, as he’s traditionally one of Spider-Man’s longest-running super villains. (Let’s note here that 1964 is some 40 years before Syndrome did something similar in 2004’s The Incredibles.) As for the Elementals, three different “Easter Eggs” in the trailer seem to suggest that they could actually be Spider-Man’s villains Hydro-Man, Molten Man, and Sandman (or those could be fakeouts too).

Steven Spielberg is getting closer to filming his remake of West Side Story, starring Ansel Elgort as Tony, with the original film’s Rita Moreno also cast in a supporting role. What we didn’t know until this week, however, was who would be playing the film’s female lead, Maria (played by Natalie Wood in 1961), or her best friend Anita (Moreno’s original role). Those big reveals came this week as we learned that Maria will be played by 17-year-old Colombian-American newcomer Rachel Zegler. (You can watch Rachel Zegler performing various songs on her YouTube channel right here.) Anita will be played by Ariana DeBose, who was nominated for a Tony Award in 2018 for playing Donna Summer. Anita’s boyfriend Bernardo will be played by David Alvarez (Tony winner for Billy Elliot: The Musical), and Maria’s would-be-fiancee Chino will be played by Andrés Rivera (of the Hamilton national touring company). Spielberg also reportedly met recently with faculty and students at the University of Puerto Rico about their concerns of how their community will be portrayed in this West Side Story update.

Robert Zemeckis‘ recent adaptation of the documentary Marwencol, called Welcome to Marwen (Rotten at 31%), was both critically panned and a box office bomb. For his next film, Zemeckis is aiming for a more conventionally popular project, with a remake of 1990’s The Witches, which was an adaptation of Roald Dahl’s 1983 children’s novel. Anne Hathaway is now attached to star in The Witches as the “Grand High Witch,” the role played in 1990 by Anjelica Huston. The 1990 movie was itself a box office bomb, earning just $10 million, but the film has arguably become a family favorite in the 29 years since. Robert Zemeckis’ new adaptation of Dahl’s novel will be set in the “Gothic South in the 1960s,” with Zemeckis (Back to the Future, Forrest Gump) also writing and producing along with both Guillermo del Toro (The Shape of Water, Pan’s Labyrinth) and Alfonso Cuarón (Roma, Gravity).

Kevin Hart may not be hosting this year’s Academy Awards, but his career is otherwise moving along quite nicely following the $20 million opening weekend for The Upside. Within a few days of those numbers being confirmed, Kevin Hart was quickly attached to two different films, including one that’s pretty high profile. The idea of a movie based on the classic Monopoly board game has been kicking around for over a decade, including a time when Ridley Scott was attached, but the Monopoly movie we’ll actually get sounds like a drastic switch. Hart will star in Monopoly for Lionsgate and Hasbro, with his Ride Along director Tim Story also on board. If we disregard his two Kevin Hart concert movies, Tim Story currently has a seven-movie Rotten streak going that includes Fantastic Four (27%), the aforementioned Ride Along (19%), and Ride Along 2 (13%). Kevin Hart’s second new project this week is called Fatherhood, based on the Matthew Logelin memoir Two Kisses for Maddy. Paul Weitz (Admission, Little Fockers) will direct the tragic drama, in which Hart will play a newly single father after his high school sweetheart dies in childbirth.

We frequently talk about how bad video game-based movies have been over the years; there isn’t a single Fresh film among the 47-plus that have been made. That may change this year with movies like Detective Pikachu and Sonic the Hedgehog, but even if one of them does earn a Fresh score, it would only be a small dent in the genre’s infamous reputation. In the grand Hollywood tradition of doing something over and over again and expecting a different result, we learned about another attempt to bring a video game to the big screen this week, namely the long-running Just Dance franchise. Screen Gems won an auction to the Just Dance rights after competitive bidding. In related news, Warner Bros’ long-in-development Minecraft movie attracted a new director this week in Peter Sollett, who directed Nick and Norah’s Infinite Playlist (Certified Fresh at 74%) and 2015’s Freeheld (Rotten at 48%).

1. FINAL DESTINATION FRANCHISE BEING BROUGHT BACK FROM THE DEAD

The first Final Destination movie in 2000 earned just a 34% on the Tomatometer, but it inspired a franchise with four more sequels, only one of which scored above 48%. It can be argued that Final Destination, in which the survivors of lethal events are then haunted by death, trying to even the score, was somewhat ahead of its time, given the more recent success of franchises like Insidious and IT. The screenwriting team of Patrick Melton and Marcus Dunstan, who worked on Saw IV, Saw V, and Saw VI, have now landed a new gig at New Line Cinema, working on rebooting the Final Destination franchise. Those Saw movies, likewise, have pretty Rotten Tomatometers (18%, 13%, and 39%).