The creator of podcast 'You Must Remember This' shares her love for five oft-forgotten Golden Age gems. 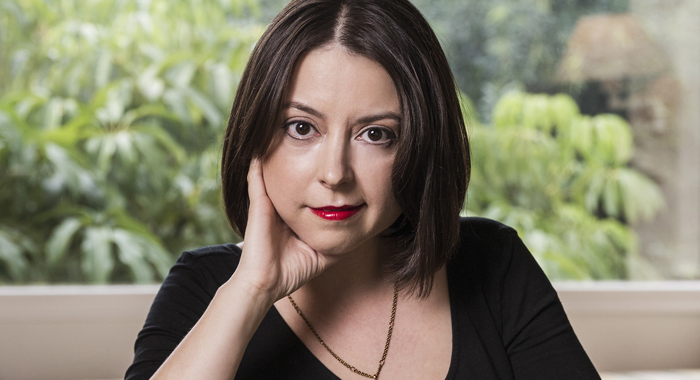 Few “Best Podcast” lists fail to include You Must Remember This, Karina Longworth’s deep dive into the forgotten corners of Hollywood history. Across 134 episodes, with a handful of bonus “flashback” editions, Longworth has produced fascinating looks at the Blacklist years, the rivalry between Bette Davis and Joan Crawford, MGM’s glory days, the tragically short lives of a number of young starlets, and, most famously, the Manson murders and their relationship to Hollywood. The podcast is produced with a deliberately noir-ish tone, and has featured guest voice actors including John Mulaney and Patton Oswalt. Longworth, a writer and film critic, told Rotten Tomatoes that when she started the podcast in 2014, she had little idea it would blow up to be as big as it is today. “I had this idea in my head and I just knew that I could do every aspect of it to make it happen, and so I thought of it as a calling card that might lead to something else. Then it did become a job.”

This month, with new episodes of the podcast still being produced, she releases a new book, Seduction: Sex, Lies, and Stardom in Howard Hughes’s Hollywood. Hughes is the book’s title character, but as with her podcast, it is often those who orbit the biggest names who fascinate Longworth. “I was more interested in some of the actresses he was involved with,” says Longworth. “I figured I could kind of use him as the spine of a book that’s about all these different actresses’ experiences; have it be about what their lives were like before they encountered him and how being involved with him, either professionally or personally, or both, changed their life and career.”

Ahead of the book’s release on November 13, Longworth spoke about five of her favorite films from those she discovered, or rediscovered, in her research on Hughes and the people in his life. 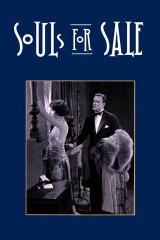 The first one would be Souls For Sale, which was actually written and directed by Howard Hughes’ uncle, Rupert Hughes. It was based on a novel that Rupert Hughes wrote. He had been an author and a playwright and he had been brought to Hollywood in 1918 as sort of an effort that Samuel Goldwyn did to bring famous authors into the movies to try increase the qualities of movies.

Rupert Hughes had just fallen in love with Hollywood and once it started being attacked after the scandals of the 1920s, he wanted to defend what he felt was an industry that was getting a bad rap. He wrote this novel and they made a movie out of it called Souls For Sale, and it’s about the daughter of a fire-and-brimstone preacher who escapes her brand new husband, who she has a bad feeling about, and ends up in a movie and immediately becomes a huge star. It basically tells the story of this girl encountering the movie industry, and at every moment where something sort of dirty or scandalous could happen, she actually finds that the people in Hollywood are really hard-working and upstanding citizens and are a higher quality of human than – for instance – her treacherous husband.

It’s a really interesting movie. It’s definitely an artifact of its time and place – and you could say that more literally about it than many other movies because it has kind of a documentary element about it. The director really goes out of his way to show you what the studio lots looked like in 1923, and he films other directors like Charlie Chaplin working. It’s a movie that I had never heard of before as I was doing research [for the book], and I think it’s probably the earliest sort of Hollywood movie about Hollywood. 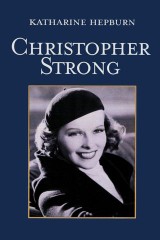 This is Katharine Hepburn’s second movie, and it’s directed by a female director, Dorothy Arzner, who’s one of only a couple of prominent female film directors during the sound era of the 20th Century. It’s just a really interesting film about a supposedly liberated woman, and how she navigates a professional life and a personal life, and how she kind of stays trues to her ideals in a world where – while there may be rhetoric supporting the idea of a new woman – really what the world values is women being domestic. 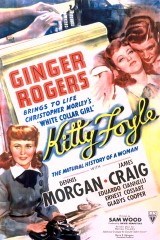 Next would be Kitty Foyle, which is the movie that Ginger Rogers won her Oscar for. She is obviously mostly remembered for a singing and dancing star from the Astaire and Rogers musicals, but this is a melodrama – there was no singing or dancing. It basically tells the story of a girl who grows up on the wrong side of the tracks and falls in love with a wealthy heir to a big Philadelphia fortune, and has to navigate romance and class and all of these different issues.

It’s a very conservative film and it’s very didactic. It’s extremely problematic in a lot of ways, but I find it fascinating. The performance that she gives, though… I think a lot of times, some of these great stars, they win an Oscar for a movie that’s not their best work, or it’s sort of given as a consolation prize for them not winning for something that is a classic. I think people think that about Kitty Foyle because nobody watches it any more, and people only remember Ginger Rogers as a dancer, but her performance in this movie is stunning.

The character she’s playing has to sort of take on different personas over the course of her life and with different people in her life. The way that Ginger Rogers performs those unique and distinct versions of the same person is just really incredible. Obviously, there’s a huge degree of difficulty to a career based on singing and dancing. I wrote about this in my book, but there’s that old line about Ginger Rogers that “She had to do everything Fred Astaire did, but backwards and in heels.” The whole idea of her stardom is about how much harder it is for a woman to do the same things that a man does. But all of that said, I think there’s a degree of difficulty to this performance that is the kind of thing that is really, true great acting and great stardom, but it’s the kind of thing where the labor doesn’t show, and so people don’t talk about it in that way. 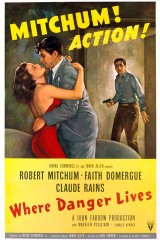 This is a film noir that was produced by RKO Studios while Howard Hughes was the controlling owner of it. It stars Robert Mitchum and a woman named Faith Domergue, who was Hughes’ discovery and girlfriend who he basically became involved with when she was a teenager, really, and kept promising that he was going to make her a big star – and didn’t. But this movie is the finest showcase she ever got for her unique talents, which – I don’t know that she was a great actress – but she’s really good in this film as a femme fatale who you would initially think is sort of a vulnerable victim. Then, slowly, over the course of the movie, she reveals that she’s actually running the whole show and is incredibly devious.

Did you discover a number of RKO gems like this in the course of researching the book?

Oh, yeah. I mean, I think that Howard Hughes definitely ran RKO Studios into the ground. There was a lot of bad press while he was running it for basically just not knowing how to make a studio succeed. But at the same time, I think with the distance of time, we can look at the output that he made or he approved the making of, [and see there is] an enormous amount of genre films that are considered sort of B-movie classics. Two of the other ones that I talk about in the book that I really like also star Robert Mitchum: His Kind Of Woman and a film called Macao. They both also star Jane Russell. 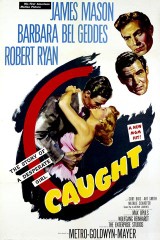 It was was directed Max Ophuls and it stars Robert Ryan as a character who was intended to be based on Howard Hughes. Max Ophuls had been hired by Hughes’ production company, RKO, early to make the film that was actually supposed to be Faith Domergue’s big starring vehicle, and that movie just turned into a disaster. The production of it dragged along over five or six years with many different directors.

After Ophuls got fired from it, he got hired to make an adaptation by another company of a novel called Wild Calendar. He told the screenwriter that he was paired with that he didn’t want to actually adapt the novel; he wanted to use the structure of the novel to make a film about how terrible he thought Howard Hughes was. They basically culled the notes of everything that they’d ever heard about Howard Hughes and Ophuls’ personal experiences, and the screenwriter, Arthur Laurents, went out and he met women who had had encounters with Hughes and then put it all together in this film which is about a shop girl who gets involved with a mysterious millionaire.

The mysterious millionaire’s played by Robert Ryan, who was an actor who made a lot of different kinds of movies, and to a lot of film noir fans and B-Movie, genre film fans, he’s considered a great star, but he really looks like Howard Hughes in a lot of ways. They’re both very tall and lanky and have kind of a similar jaw. Even though Hughes knew this movie was being made – he insisted that he be sent dailies – he asked for some changes so that people wouldn’t think it’s him. The character and the performance are a lot like him. Nowadays, especially given everything we know about Howard Hughes, the similarities are impossible to ignore.