On mentoring female directors: "You grab the hand of the next generation — that’s something we all need to do" 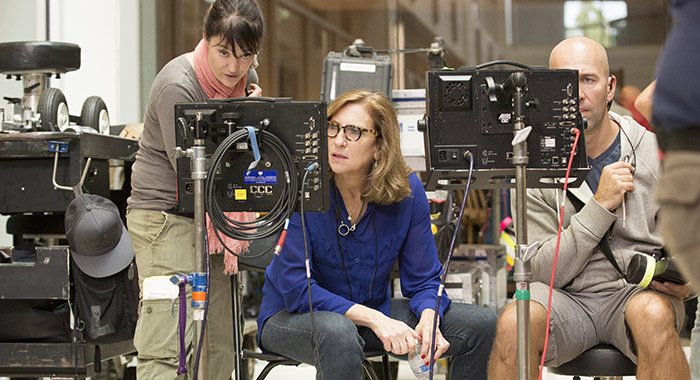 Political intrigue, espionage, and military tactics may seem at odds with the sensibilities of a former dancer-choreographer, but director Lesli Linka Glatter has excelled at portraying the theater of war — both psychological and physical. Glatter, who directed episodes three, four, eight, and the finale of the newest season of Showtime’s Homeland, has been a longtime director and executive producer on the series. And she most recently took on the first two episodes of History’s miniseries Six, which stars Walton Goggins as SEAL Team Six’s Rip Taggart.

Fans got to see the sixth season premiere of Homeland on Sunday night. Set in New York, it showed Carrie Mathison (Claire Danes) trying to have a life outside of intelligence, although Saul Berenson (Mandy Patinkin) was pretty insistent that she’s the only one who can save the world. New York also keeps her close to Peter Quinn (Rupert Friend)’s hospital, where he survived poisoning on last year’s mission, but with physical and mental ramifications.

Glatter, a Director’s Guild of America board member and mentor to female filmmakers, recently spoke to Rotten Tomatoes by phone from the series’ New York production offices about the new season of Homeland, the upcoming Six, and advocating for female directors. 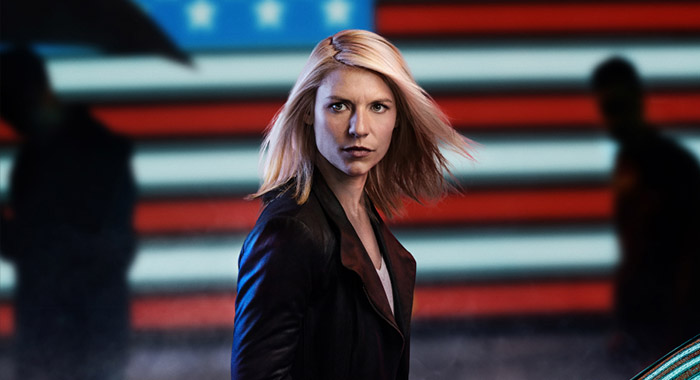 Fred Topel for Rotten Tomatoes: She’s done this before, but when Carrie refuses the call, now that Homeland is approaching the end game of season 8, is she starting to realize she can’t refuse?

Lesli Linka Glatter: That’s a really good question, and I can’t tell you where exactly things are going of course. Again, she has taken herself out of the CIA now for a couple of seasons, which in some ways lets us look at the intelligence community in a very interesting way. She can’t help but be involved. 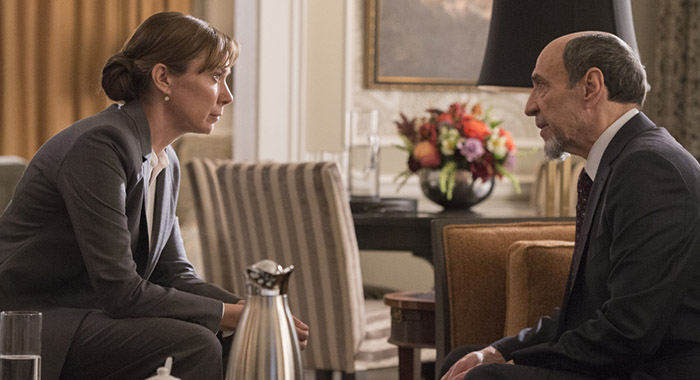 RT: Showtime told us President-Elect Keane had some Rand Paul/Bernie Sanders-esque policies. Is that where you’re going with her?

Glatter: Yes. No one knew what was going to happen with the election. I personally thought it would go another way, but we were very clear to not cast a Hillary clone. I don’t think that would have been very good for anyone. It’s a character that’s been created. I think it allowed us to look at a lot of different issues, including what actually happened. Even though they’re very different character and policies than our real president-elect. We’re dealing with certain issues that, in the end, become very similar whether you’re on one side or the other.

RT: Which of Rand Paul’s and Sanders’ policies are in play for Keane?

Glatter: Well, she has a very clear foreign policy. She basically feels that our interaction in the Middle East has not been effective, and we need a radical change. 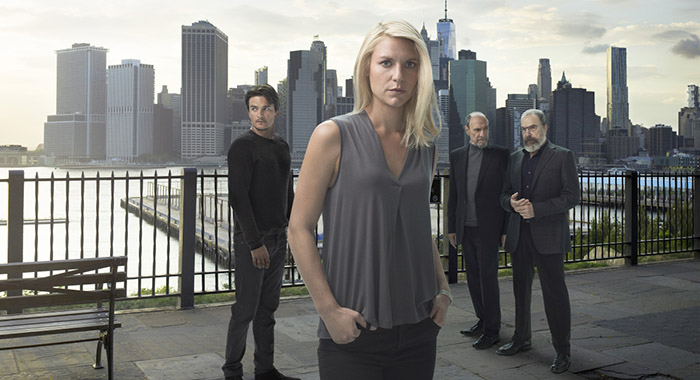 RT: What made three, four, eight, and the finale the right episodes for you to direct this season?

Glatter: Usually I do the first two episodes and then something in the middle and the end. This year, because of what goes on in three and four and something that we had to shoot outside the country, it became better for me scheduling-wise for me to do it. We have Keith Gordon, who’s a wonderful director, directing the first two.

RT: So even though your season is set in New York, you can’t help but address things going on in other parts of the world.

Glatter: Absolutely. I think some of the issues that we’re dealing with this year that are so resonant. Certainly being back in New York, which is the place of the first terrorist attack on our country, it absolutely resonates. The fact of looking at what has happened since that time in terms of dealing with terrorism, the reaction and sometimes overreaction to that — the $120 billion a year budget for counterterrorism, which is a big business.

Being in New York of course has an incredible energy, as well as just looking at what this 72-day transition period is and the idea of fake news and real news. We look at both sides of an issue. I love when characters in a scene have opposing views and no one is right.

RT: Was fake news part of this story before around October when it became common knowledge?

Glatter: Yes, which is interesting and seems more relevant now. Also the whole idea of First Amendment rights. This young Muslim man who is saying incendiary things, in my mind they are horrifying, but he does have the right to say them, at least in this country.

RT: Was there ever a version of this season where Quinn had died?

Glatter: There was definitely talk at the end of season 5 about what his fate would be. First of all, I love working with Rupert, who is an amazing actor, but dealing with the whole issue of wounded warriors — what happens to men and women in the military, whether it’s in special ops or black ops, and what happens when they come home and have an injury that’s not going to go away — that felt very relevant to be dealing with.

RT: Does it put Carrie in a position where she has to learn to let go?

Glatter: Yes and also she is partially responsible. Her M.O. would be to try to fix the situation and make it OK. This might not be something that can be fixed. 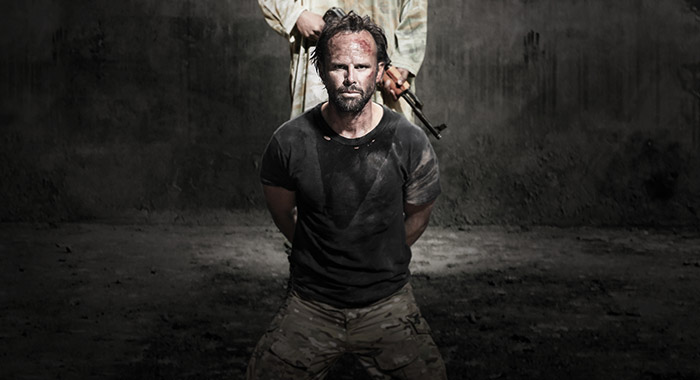 RT: Since you directed the first two episodes of Six, were you involved in casting Walton Goggins when Joe Manganiello got appendicitis?

Glatter: I had worked with him before in Justified, and I’ve always been a huge, huge fan of his work. When Joe got ill, and he’s fine fortunately, we had to recast. One is always looking for the best actor. Walton was always someone who was on all of our radar. It turned out he had just finished something. He was available. The material really interested him, and it was just a combination of everything.

RT: Seal Team Six got famous for killing bin Laden and the movie Zero Dark Thirty. Does his series allow you to tell very different stories about them?

Glatter: Yes, and that’s what interested me about it. Here are guys that in some way are much more comfortable being at work, I don’t want to say in war, but doing missions. They know what the rules are. Coming home, in some ways, is more anxiety-producing, because there are no rules in your real life.

RT: As the first director, what did you want Six to look like?

Glatter: Again, this idea of control and anxiety. Usually in wartime, we see a lot of handheld camera: That’s how one shoots action. In fact, we were playing around with the other idea. When they’re out on a mission, they are in control of their environment. There are rules. There are things you do when X happens. Working with the advisers that we had on set at all times was an amazing experience, an illuminating experience. Then at home, in fact, that was more handheld cameras. It was a world of unknown. 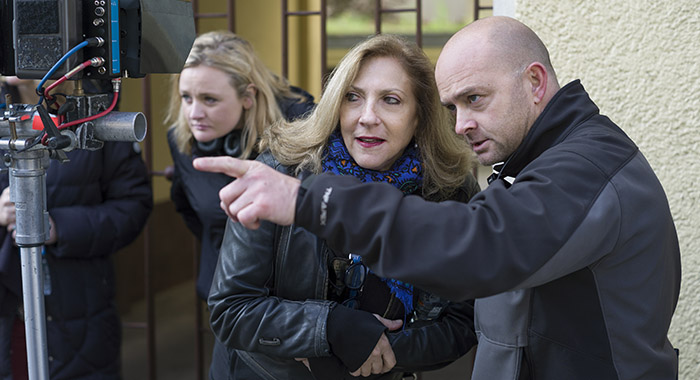 RT: When Rogue One was coming out, Kathleen Kennedy said that female directors need to be trained for blockbusters. Where does that idea come from when plenty of men get a first shot at a blockbuster?

Glatter: For me, what’s important is that it’s an equal playing field. I don’t think it should be harder for our daughters to direct than for our sons. It should be equal. To me, that kind of a statement, we know that young guys off of one film will be hired to go do a blockbuster. I’m not sure why that’s not the same for women.

I do a lot of action, and I was a former modern dancer and choreographer, so choreographing action is very natural to me. It’s moving through space. I’m not interested in blowing up a truck if it’s not going to move the story forward. I think the idea that women can’t direct action or a blockbuster, or to make a statement like men can’t direct women in a love story or a comedy, is silly. We’re storytellers. We tell stories.

RT: What can you do to combat this stigma?

Glatter: I think one has to take it on in a personal way, and then I think we have to look at it sociologically as some sort of unconscious bias. I’ve been mentoring women directors for years. Many of the women I’ve mentored have wonderful careers. That makes me really happy. I don’t think it’s easy for anyone to be a director. It’s a hard road for whoever, but I don’t think it should be harder for women than men. I think it should be the same. I feel like men always mentor each other. You grab the hand of the next generation — that’s something we all need to do. 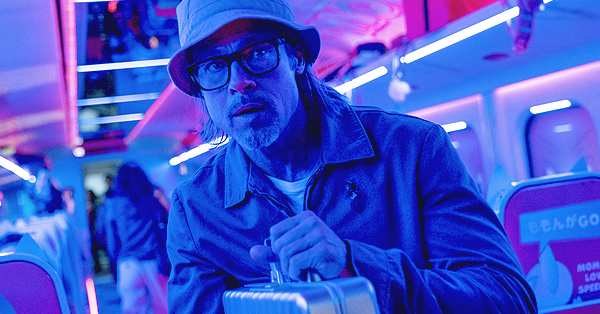 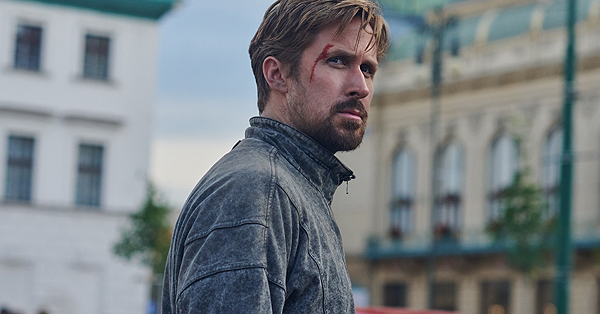