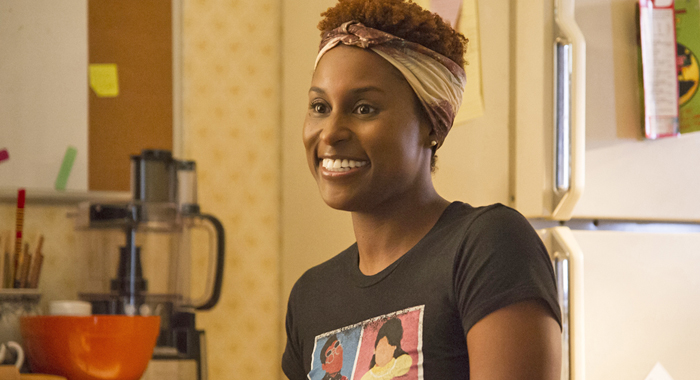 Insecure made a landmark debut on HBO and proved creator and star Issa Rae could lead a series after rising to notoriety in web videos. Less than a year later, Insecure is back for a second season, picking up nearly three months after the end of the first. Issa (Rae) and Lawrence (Jay Ellis) are still separated, but they have perhaps not cut ties completely, and Issa and Molly (Yvonne Orji) are friends again after their disastrous trip to Malibu. Of course, there are also plenty of bad first dates to go around.

Rae spoke with Rotten Tomatoes by phone this week and offered up 10 things to keep in mind about season 2 of Insecure, which premieres on HBO this Sunday.

If you liked Rae’s rendition of “Broken P—-” in the first season, she’s back with all new raps about her dating woes. In the very first season 2 episode, look for a mashup of raps over a series of bad first dates.

“I got better with each performance,” Rae said. “It’s always rusty at first, and I love that it’s rusty, but I wanted this one to be a bit more polished.”

Director Melina Matsoukas just let Rae rap because Rae already knew how she wanted to put it together.

“We just wanted to show what Issa’s mindset was up top, where she stood, how she felt about Lawrence, how she felt about dating and being out there,” Rae continued. “What better way to do that than through this rapping device that we already established?”

2. MOLLY TAKES ON THE WAGE GAP 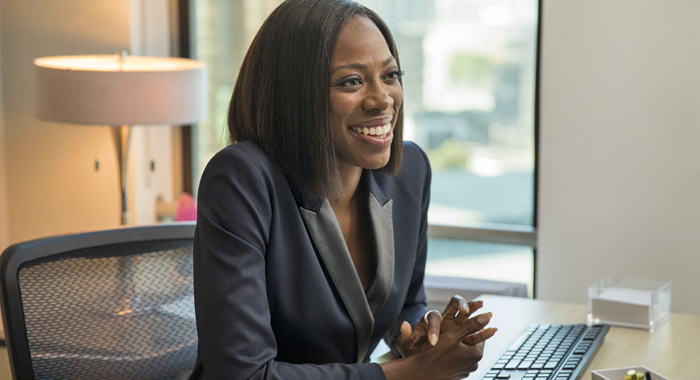 The struggle that women face to get equal pay in the workplace is a hot-button issue, and Rae is doing her part to shed light on the battle on Insecure, as Molly struggles to confront the wage gap at her office.

“Molly always had work to fall back on at the very least, to look at and be like, ‘Well, at least I’m killing it here,’” Rae said. “So we wanted to explore what would happen if she found out, ‘Yeah, you’re killing it but you’re not being valued for killing it.’ That’s a real issue that a lot of women face. It’s so hard to bring up and talk about, so we watch Molly navigate that this season.”

Hopefully, the show won’t be over once Issa Rae becomes secure, but there’s no need to worry about that yet. The success of Insecure only brought out more insecurities for Rae to deal with.

“[I’m] still just generally nervous,” she said. “It’s the second season. It’s our sophomore season, so just making sure that people enjoy it and we don’t feel pressure to top ourselves. That’s always lingering in the back of my mind. No, nothing has changed.”

4. BUT SHE’S TRYING TO REACH HER STUDENTS 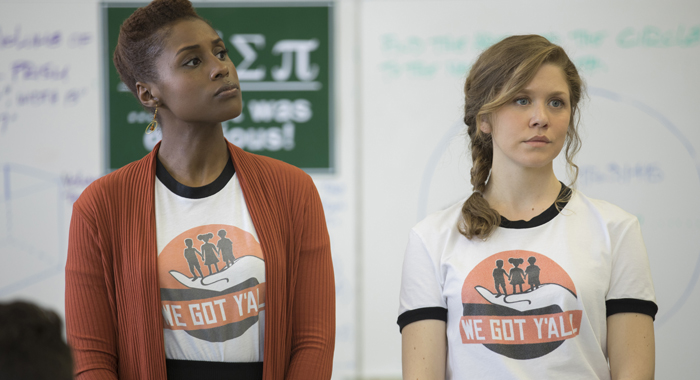 On the show, Issa is still trying to make her nonprofit organization for students, We Got Y’all, work. Unfortunately, the kids don’t want to learn as much as she wants to teach them.

“I think she’s recommitted to We Got Y’all,” Rae said. “She has a sort of renewed purpose and a new responsibility and feels, again, given her personal life is in shambles, at least she can be invested in work and do the best she can. I think she takes work failures very personally this season in a way that may lead her to go a little bit out of character.”

Perhaps more importantly, Freida (Lisa Joyce) is still all in with Issa on We Got Y’all. “We also wanted to explore the friendship between Freida and Issa and develop that,” Rae said.

5. SEASON 2 INCLUDES STORIES THAT WERE CUT FROM SEASON ONE

Eight episodes make a great season that’s easy to binge watch, but that doesn’t leave room for every story. Getting a second season meant Rae had a place for all those untold stories.

“There are so many storylines that we wanted to present in season 1 that either didn’t fit or we had to just cut for time that we were able to put in season 2,” Rae said. “Then, of course, in season 2 there was so much more that we wanted to tell that will end up probably — knock on wood — go into season 3. It feels like we covered a lot in this season in particular.”

6. LAWRENCE IS ON HIS OWN 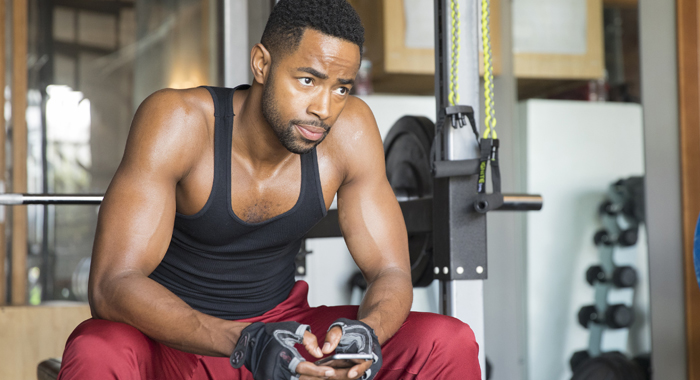 Now that they’ve broken up, Lawrence has his own stories independent of Issa. Getting back into the dating world isn’t any easier for him.

7. THE SEX SCENES ARE AMBITIOUSLY ATHLETIC

Not every show on HBO has graphic sex scenes, but when they do, they don’t hold back. When you’re airing after Game of Thrones, after all, you’ve got to try to stand out.

“I will say that emphatically, this season we are not shying away from anything,” Rae said. “Nobody anticipates even just the act of trying to get laid is a dance in and of itself. There’s so much humor in that that I’d rather explore than the actual act, but we get the advantage of being on HBO is to explore both sides: the awkwardness within the act and after it. Shooting those sex scenes obviously aren’t the most comfortable thing in the world, but thankfully, as the actors get to know one another, it becomes more comfortable.”

Speaking of which, Insecure also spends its second season exploring how difficult it can be to actually have sex. Finding a partner is the easy part, and you know how hard that is already. But once you go home with someone, there are so many things that can ruin the moment. Insecure has fun laughing about that.

“For me, it’s always just about confidence,” Rae said. “I think Issa was looking for something [to go wrong] just because she wasn’t ready. She felt uncomfortable and unsure about herself. For me, if the confidence isn’t there on both sides, and especially on a partner’s side, then it’s going to go awry. There’s not going to be a spark of chemistry.” 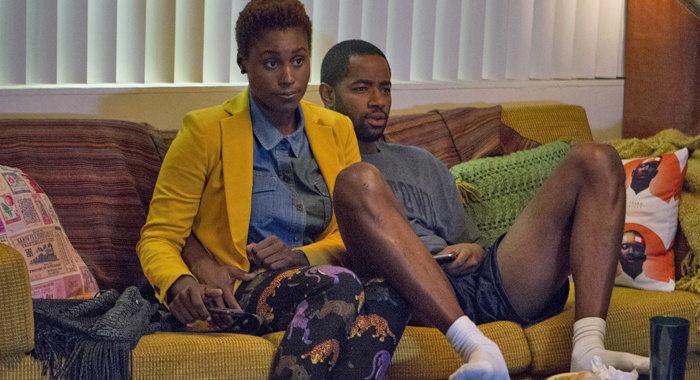 Insecure spends a lot of time on Issa’s dating woes, including the disappointment of meeting men from an app in person. She cuts men some slack on that because she couldn’t do what they have to do.

“I actually don’t envy men who constantly have to approach women, obviously in a heteronormative world, and just have to be rejected constantly,” Rae said. “Because I get rejected once and I’m dead. That’s just part of the game of attraction. You either suit someone’s interests, or you don’t and you can tell.”

It’s even harder for men to approach women IRL now that 90 percent of women are glued to their phones. It used to be normal to say hi and start a conversation. Now a woman is likely to freak out if a stranger says anything to her.

“I would say that people just don’t know how to react to that anymore,” Rae said. “They don’t know what to do with themselves, just because they’re not used to it anymore. You’d almost rather get a message, answer on your time, and you can be as charming or witty as possible. Face-to-face interactions don’t really allow or account for that.”

9. DUE NORTH HEATS UP

In the world of Insecure, the most addicting show is Due North, starring Regina Hall and Scott Foley in a slavery-era TV drama. Due Northers only have to wait for the season premiere to pick up where it left off.

“Two writers take the lead on writing the scripts for those,” Rae said. “I kind of started it in the first episode just as a joke because it was an ongoing joke in the writers’ room. Then two of our writers, Natasha Rothwell and Ben Corey Jones, took the reins on scripting the rest of the season. You’re going to see it pop up throughout.”

All eight season 1 episodes were named “_____ AF.” All season two episodes are “Hella ____.” Don’t read too much into the switch. It’s just expanding the language.

“It’s how I talk,” Rae said. “I think ‘hella’ is very Bay Area, and California. L.A. has adopted it. We just wanted to use vernacular that represented California for the titles and still fit the vibe of the show. It was just a fun thing we decided to do with the titles.”