Remember when a young Elijah Wood was that kid who refused to play arcade games with his hands in Back to the Future Part II? Of course you don’t; nobody knew who he was back then. Thankfully, Wood has established an eclectic career in the decades since, most famously portraying J.R.R. Tolkien’s Frodo Baggins in Peter Jackson’s epic fantasy trilogy The Lord of the Rings. He’s done big blockbusters, thoughtful indies, animated features, and TV shows; he’s a part-time DJ; he’s great with his fans; and on January 28, he turns 36. To celebrate his birthday, we thought it would be fun to revisit the time he spoke to us about his Five Favorite Films. See below for his list. 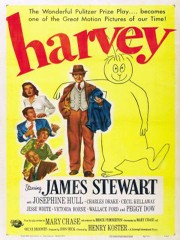 Harvey is one of my all-time favorite films. This movie I saw when I was younger and I feel like it struck a chord with me, then, probably primarily because of Jimmy Stewart’s performance and the kind of magic that is this character that he refers to that we don’t see as an audience. But I think… I loved it and I’ve watched it many times since, and it’s a movie that has gotten more profound for me as I’ve gotten older, and I feel I’ve gotten different things out of it every time. It’s a movie whose construct is kind of up for interpretation, I think. You could easily make an argument that his character of Elwood Dowd is a drunk, for instance, and, you know, Harvey is a manifestation of that. You could say he’s a man who has given up on reality and, therefore, he’s happier, and Harvey is a manifestation of that. It’s such a beautiful film and there’s such humanity in the film and there’s something so enlightened — regardless of what is actually genuinely going on with Elwood’s character — there’s something so enlightened about him that everyone else is actually more insane than he is, and that always really struck a chord with me.

Oh man, most certainly! [laughing] Yeah, Yeah. Yeah. That’s not lost on me. I remember when I read Wilfred for the first time I was, like, wow, this is like Harvey. Incredible.

I imagine that helped draw you to it. 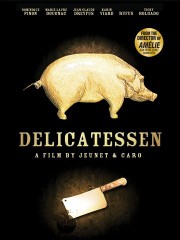 Jean-Pierre Jeunet is a filmmaker that I’ve since followed, you know, throughout his career and I think he’s one of my favorites and a kind of, you know, a very distinctive voice in France, but that film still I think is probably my favorite of his. I feel like he kind of almost returned to form a little bit with Micmacs. Micmacs really reminded me of Delicatessen in terms of its vibe. But Delicatessen is just, there’s a great amount of comedy to it, the characters are so bizarre and so well-drawn. The world is so strange, it’s not totally relatable. It’s very funny. It’s very dark. I remember when I saw that movie, I’d never seen anything like it. And I think by the time I saw Delicatessen for the first time, City of Lost Children had already come and gone. But Delicatessen was the first thing that I’d seen. And , you know, from an art direction standpoint, I think I was also so unbelievably impressed, because it was him and his partner, and I can’t remember his partner’s name who was also kind of like his art director.

That’s it! That’s it. Yeah, that’s it. And their collaboration yielded such incredible results. City of Lost Children being another perfect example of that. The stuff of dreams and nightmares melded together — really exciting cinema. 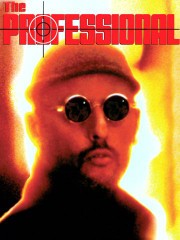 Léon. Or, as it’s known in the United States, The Professional. But in France it’s called Léon. It’s so weird because for years I’d always called it The Professional and then for some reason it switched in my mind. I mean, that movie was an amazing blend of an international eye within the context of an American… That movie still feels extremely international, certainly with its lead actor but also the way that it was shot and made. But at the heart of that film is this incredible relationship between a cold blooded killer and a young girl. And it’s still so effective and so powerful. I think one of my favorite sequences in the film was when the two of them are kind of like, it’s like this beautiful montage of their relationship as they’re, like, cleaning the apartment and these sort of things that they’re doing together, this really adorable, emotional relationship. And it’s all cut to “Venus as a Boy” by Björk. It’s such a great sequence and there’s such whimsy to their connection. And of course the movie goes into a really dark and awfully sort of tragic place, you know, and it’s really about a man whose sole purpose in life is to be cold and calculated, but it’s all about this girl finding his humanity. It’s just such a beautiful film. 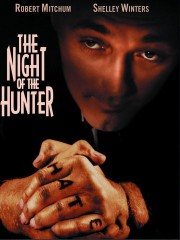 Oh, oh, Night of the Hunter. That’s just a film that… It was actually recommended to me by Fran Walsh, Peter Jackson’s wife. I think it’s her favorite film of all time. I’d never really seen anything like it because it’s kind of a film noir set in the South. The story, it’s about a family who are terrorized by a con-man. Robert Mitchum was an incredible actor — the original Cape Fear is another incredible performance by him — but it’s such a slimy performance in this film. He’s such a great manipulator and tells tall tales. And it’s famous because he’s got these tattoos on his knuckles of “love” and “hate” and it actually is a conduit for a really great story that he repeats throughout the film. The cinematography’s incredible; it’s just like all blacks and whites and hard shadows and lots of silhouettes along the river. It’s just a stunning, a stunning film! It’s really good. Talking about these movies makes me want to see these movies again. [laughing] They’re so good! 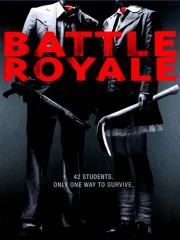 Easily one of my favorite kind of genre/exploitation films. Japanese film. Have you seen the film?

F— man. It’s incredible. It’s great. It’s, I dunno, it’s harrowing and it’s also deeply funny, extremely entertaining. It’s about a not-too-distant time in the future of Japan in which kids have become unruly in classrooms. A lot of violence has broken out, and as a result of the sheer number of children and the problem being as large as it is, they create this Battle Royale Act — it’s a government act — in which various classes are chosen at random via a lottery to be sent off to an island wherein, once they arrive, they are briefed and they’re all given a bag and a weapon and told to disperse into the wilds of this island. And they also are all wearing necklaces that will explode if they try and remove them.

Well, there’s certainly a lot of similarities. I don’t know if the author of Hunger Games was inspired but it certainly seems like it would be. So they go out and the object of the game is they all have to kill each other. The last man standing, or the last, you know, child standing wins and gets to leave. That’s kind of the premise of the film. And the movie literally counts down as each person is killed off and it’s just… Man, it’s great. And I think there’s real, real commentary in it as well. I think there are certain things the filmmaker wanted to say; it’s not just pure exploitation. It tries to get to the heart of what these kids’ experience is and, ultimately, humanity vs. survival, and what those things mean and having to let go of your humanity if you want to survive. And some people, some of the kids refuse to, and you just sort of see where the chips fall with some of these people in a scenario like that. But it’s wonderful. Wonderful film. It’s great.