The director of Knowing also examines the idea of a "generous filmmaker" and shares his appreciation for film critic Roger Ebert.

This month, director Alex Proyas (The Crow, Dark City) returns with a new film for science-fiction audiences: Knowing, in which a professor (Nicolas Cage) discovers that predictions sealed 50 year prior in a time capsule have accurately predicted a series of disasters in modern history — and that some events have not yet happened. Among his influences for the thriller are William Friedkin, whose Exorcist he says partially inspired him during filming; below, we talk with Alex Proyas as he shares his Five Favorite Films, which range from science-fiction landmarks to horror classics and beyond. (Click to page 2 for our extended interview, in which Proyas discusses Roger Ebert’s idea of “generosity” in a filmmaker, and demonstrates his appreciation of the film critic’s efforts to seriously analyze his 1998 film, Dark City.)

To me it’s the greatest comedy ever made, and I just love the fact that it’s a comedy but it’s just such a dark one. Apart from the visual treatment of the film…I guess it was the first Kubrick film that I ever saw, and it really had an impact on me as a result of that — because I hadn’t really seen a film that looked like that, that had it’s own unique style.

Andrei Tarkovsky. Again, incredibly… I mean, all these films are extremely influential to my own moviemaking, and they were the kinds of movies that just spun me around. I couldn’t compare them with anything else I’d seen at the time. And Stalker was definitely one of those. There was a sense of pace that I’d never experienced in a film before, such a wonderful sustained atmosphere, and then just this incredible metaphysical story. I think it’s still one of the great science fiction movies, and it’s so philosophical and yet so visual. The philosophical ideas are conveyed in terms of pure cinema and visuals as opposed to people talking. Quite a skill, I have to say.

Well, I hope so. If I can get anywhere near Tarkovsky, I’d be a happy man. It’s something I would certainly aspire to.

Friedkin film; one that has actually inspired my current movie. You always dream about making the ultimate horror movie, and I think The Exorcist is it. The fact that it’s about such a dark and bleak subject, and yet it leaves us with a sense of hope, is something that I’ve sort of tried to do with my current movie. Again, it has this fantastic sort of sense of dread throughout the film that kind of takes you to this place you’ve never been to before in a movie.

It’s totally believable; somehow it makes you believe that this young girl is possessed by the devil, which is no mean feat, I have to say. But you buy it, you know? And it’s also done in such a simple technical way. You know, [it was made] before the age of CGI, and yet it’s as potent today as it’s ever been. It’s extraordinary.

I’m actually going into my favorite filmmakers and trying to pick the best of their films. Because it’s really hard, it’s very very hard to pick your five best[-loved] films. And it would change; if you asked me next week, it would be different. Psycho because…the moment where — and it’s a film I saw on television; I can’t imagine how impactful it would have been to have seen it theatrically when it was first released, but even seeing it as a kid on TV — the moment where Hitchcock, about 30 minutes into the film, kills his leading lady, and you go, “We’re in the hands of a complete madman, and all bets are off at this stage,” was such a powerful thing for me. It’s kind of haunted me ever since, and again, you can only dream of making a film that has that level of impact to an audience.

Well, you know, it’s interesting because my favorite films are ones that I keep watching. I just don’t think there have been many great science fiction films made. I mean, 2001 is genius, there’s no question it’s a masterpiece, but I’ve already picked a Kubrick film. I find Dr. Strangelove a more user-friendly and enjoyable film to look at and watch repeatedly. I can watch it endlessly. Blade Runner is a masterpiece, but I don’t know that I would put it in my top 5 at this stage. Maybe at some other point in my life, I would’ve.

I picked a Hitchcock film. Kubrick, Hitchcock, and Tarkovsky are my absolute Holy Trinity, you know? I’ve picked one from each person now. Oh! Okay, here’s a curveball. Um, no, I don’t want to say that one… I was going to say The Wizard of Oz, which I really like, but I don’t know that I’d put it in my top five, but in my top twenty. [Long pause] Godfather, I’d say. Just a flawless film, something that’s so beautifully crafted and so perfectly structured and designed, that I can watch it endlessly and enjoy it every single time.

During his film career, Australian director Alex Proyas has always displayed an affinity for science fiction. He is, after all, the filmmaker who followed his post-apocalyptic feature-length debut (the Australian picture Spirits of the Air, Gremlins of the Clouds) by breaking into Hollywood with 1994’s The Crow, a dark comic book adaptation whose production was marred by tragedy. The tale of a supernatural avenger risen from the grave went on to become a hit, and Proyas turned his sumptuous visual style to another fantasy tale: Dark City.

Dark City, released in 1998, was a sci-fi noir opus about philosophy and romance — Proyas, his visual flair on display, created a vast alternate world in which, at the chime of midnight each night, time stopped and entire cities transformed. The film grew a devout cult following years after release, and was named one of the “Great Movies” by film critic Roger Ebert. After a detour back to Australia to make the rock ‘n roll flick Garage Days, Proyas returned to Hollywood to adapt one of the great Big Idea mythologies of science fiction: Isaac Asimov’s I, Robot.

This month, Proyas returns with a new film for sci-fi audiences: Knowing, in which a professor (Nicolas Cage) discovers that predictions sealed 50 year prior in a time capsule had accurately predicted a series of disasters in modern history. Below, we continue our talk with Alex Proyas, in which he discusses Roger Ebert’s idea of “generosity” in a filmmaker, and demonstrates his appreciation of the film critic’s efforts to seriously analyze his 1998 film, Dark City).

Your citation of Francis Ford Coppola’s The Godfather reminds me of the Dark City Director’s Cut DVD, in which Roger Ebert describes you as a “generous” filmmaker — meaning, a filmmaker that puts so much more onto the screen – production value, complex compositions, even ideas — than they need to.

Alex Proyas: Well, thank you so much for comparing we two. But I think you’re certainly right in terms of Coppola; I think there’s a lusciousness to his work, there’s a sensuality to it. And I think that’s kind of another expression perhaps of generosity as well. But yeah, there’s something so enjoyable about being inside that movie and enjoying that movie. And sensuality comes to mind. I don’t know why, but it does, you know? It’s a spectacular achievement. Sometimes it’s hard to even pinpoint why you like something. You have to like them from so many perspectives to sort of classify them as your greatest, most favorite films.

I did like the idea of generosity in a filmmaker; do you feel like that is a characteristic that you have in your films?

AP: I guess. You know, it’s very nice that people see that aspect and certainly nice that Mr. Ebert saw that aspect. I know what a supporter of that film he was; I very much appreciate it. For me, I guess, like most filmmakers, you kinda just do…you want to make movies that you want to see, and that you think are gonna be cool, basically. You know, you’re your own principal audience, I suppose. So I keep wanting to do stuff that I think would be enjoyable, that I would enjoy, you know? And hopefully there’s enough people — others that sort of conform with your tastes and opinions — that you can keep making them. I think in the case of Dark City and what Roger Ebert was saying was, there’s a detail in the texture of the movie, and a kind of an enjoyment of the visual. There’s a lot of effort put into that side of some of my films that it’s always nice when people respond to that, when people see that care that’s gone into it.

I mean, it can be somewhat a brutal business because you spend years creating these things, and some of them are embraced and some are not — and it’s very painful when they’re not, when people kind of miss the point or ignore the effort that you’ve made, and don’t even see the effort that’s been put into it. And it doesn’t just happen to me, it happens to everybody. So it’s always nice when someone appreciates the detail. I remember when Roger Ebert was helping support Dark City, he actually did a master class in Chicago, at a university in Chicago, sort of analyzing the movie, and someone video’d it and sent it to me, of him doing that master class. It was really wonderful, the level of detail that he went into over a few hours with this group of students, the thought that he put into it. If you, as a filmmaker, poured a great level of thought into something and care into something, if someone else can put an equal amount into viewing it and enjoying your film, there’s a great sense of satisfaction.

And that’s one of the reasons why Roger Ebert is one of our greatest living critics, because he takes that level of interest in films.

AP: I agree, I think he’s truly passionate about the medium, you know? He loves films. He’s a very special person in that respect. I had the pleasure of having dinner with him once years after Dark City. I actually met him at the Sundance Festival and we just had dinner and it was just a great pleasure to sit down with him and just talk about stuff. 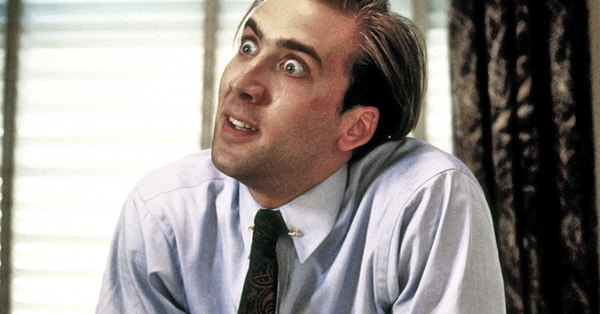