Plus, The Walking Dead X will be Michonne's final season, Riverdale says goodbye to Luke Perry, the CW's superhero crossover event, and more.

The television landscape for comic book shows has changed since last year. In August of 2018, 14 shows were set to debut or return on broadcast channels and streaming services. This year, the number has shrunk to 10. Although that number may be a little misleading with DC’s Legends of Tomorrow moving to a mid-season return and The CW’s Katy Keene — based on the Archie Comics character — set to debut after the network’s winter break. 2020 will also see the debut of Stargirl on DC Universe, the return of Doom Patrol, and one or two more surprises.

But looking at the upcoming Fall season, there’s still plenty to keep us busy. The Arrowverse will be facing the “Crisis on Infinite Earths” crossover while Riverdale forecasts a world without Jughead. It is a time of Walkers, Titans, and a couple of new women making their mark on the Comics on TV landscape. So let’s take a look at what the 2019 fall season has to offer. And as we did last year, we’ll offer some comic book recommendations with thematic or direct ties to each show.

What to Expect: Once Dick Grayson (Brenton Thwaites) breaks free of Trigon’s (Seamus Dever) grasp, he will reopen Titans Tower and reestablish the team with Rachel (Teagan Croft), Kori (Anna Diop), Gar (Ryan Potter), Jason (Curran Walters), and Donna (Conor Leslie). Hawk (Alan Ritchson) and Dove (Minka Kelly) may also join the new team, but their status is a little more up in the air following their fight with the Nuclear Family. Meanwhile, Deathstroke’s (Esai Morales) children — Jericho (Chella Man) and Rose (Chelsea Zhang) escape from his grasp to train with the Titans. It is a move fraught with danger as the legendary assassin is the reason Dick ended the team five year ago. What any of this has to do with the Superboy (Joshua Orpin) who escaped from Cadmus is anyone’s guess.

What to Expect: Dex Parios (Cobie Smulders) is a walking trainwreck. She’s not over what happened in Afghanistan, and she’s not all that great at keeping a job. But her actual skill set makes her the perfect private investigator for the greater Portland, Oregon, area. When not on a case, she also makes sure her brother Ansel (Cole Sibus) has a roof over his head and gets to his job at her pal Grey’s (Jake Johnson) new bar. Things may finally turn around for Dex, but her old war wounds may need to bleed a little bit more before they can heal.

Debuts: October 6 on The CW

What to Expect: Kate Kane (Ruby Rose) returns to Gotham City when she learns her ex-girlfriend Sophie (Meagan Tandy) has been abducted by a new gang themed after Alice’s Adventures in Wonderland. It is not an easy return as she and her father (Dougray Scott) are not on the best of terms and she can barely tolerate his wife, Catherine (Elizabeth Anweis). But as Bruce Wayne’s only living relative, Kate has strong ties to the city and even to Wayne Tower itself, where she may find the tools to remind Gotham that it is defended.

What to Expect: Following the Whisperer massacre at the fair, the various Virginia communities plan for war. Michonne (Danai Gurira) will also make her final appearance on the series during the season. Kevin Carroll and Juan Javier Cardenas join Darryl’s band as Virgil and Dante, while Thora Birch joins the Whisperers as Gamma.

Returns: October 6 on The CW

What to Expect: Leviathan is coming. The shadowy criminal organization is causing plenty of trouble over in the DC Comics Universe, and it should be no different on the Arrowverse’s Earth-38. Meanwhile, Lena (Katie McGrath) has it out for Kara (Melissa Benoist) now that she knows the truth. Will Leviathan use her anger and her technology against Supergirl and the world? Meanwhile, James Olsen (Mehcad Brooks) will be saying his goodbyes to National City while Winn Schott (Jeremy Jordan) will be making a return to the 21st Century. On the couples front, both Nia (Nicole Maines) and Brainy (Jesse Rath) and Alex (Chyler Leigh) and Kelly (Azie Tesfai) will face challenges in their newly formed relationships ahead of the “Crisis,” which will dramatically change the show in the second half of the season.

Returns: October 7 on The CW

What to Expect: The Black Lightning characters will finally meet the Arrowverse during the “Crisis” in December. But before that, Jefferson (Cress Williams) must face the immediate threat of Markovia and its attempts to create a metahuman arms race. The conflict with Markovia may even take the Pierces out of Freeland for a time. Meanwhile, Anissa (Nafessa Williams) will continue to look for Grace (Chantal Thuy) and Jennifer (China Anne McClain) will become more confident with her powers. Also, Khalil (Jordan Calloway) will presumably find his way out of the pod.

Returns: October 8 on The CW

What to Expect: Finally answering fan wishes for at least the last few seasons, The Flash will feature two big bads split across the season. The first will be Bloodwork (Sendhil Ramamurthy). Initially introduced as Dr. Ramsey Rosso, an acquaintance of Dr. Caitlin Snow (Danielle Panabaker), he will join Team Flash before his grudge against them explodes into violence. His story will lead The Flash into “Crisis on Infinite Earths.” For Barry (Grant Gustin), the first half of the season sees him facing this prophecy from The Monitor (LaMonica Garrett): for the Multiverse to survive, Barry Allen must die. And in another “Crisis” connection, Tom Cavanagh will play Pariah in addition to a “swashbuckler” version of Harrison Wells featured throughout the season. And for the Ralph Dibny (Harley Sawyer) fans, he will be working the Sue Dearborn case throughout the year, but it is unclear how quickly he will have his fateful meeting with her.

Suggested Reading: Crisis on Infinite Earths by Marv Wolfman, George Perez, and others 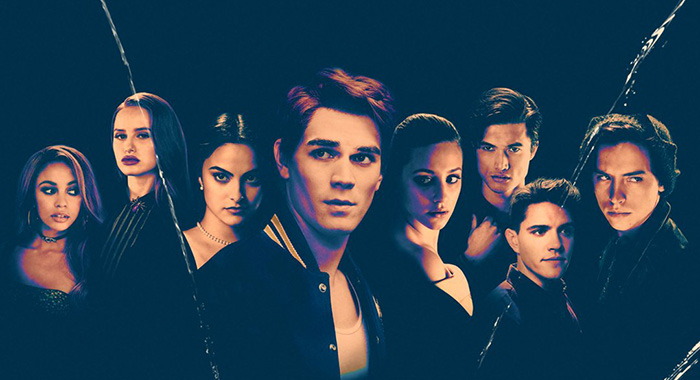 Returns: October 9 on The CW

What to Expect: The season 4 premiere will feature a special tribute to Luke Perry, who played Archie’s (KJ Apa) dad Fred Andrews and died of a stroke in March. Perry’s friend and former costar Shannen Doherty will guest star in a special role in the episode, entitled “Chapter Fifty-Eight: In Memoriam.” The series will then dive headlong into the gang’s senior year in high school. As Principal Weatherbee “ascended” with the rest of The Farm at the end of season 3, Riverdale High will get a new lead administrator in the form of Kerr Smith’s Principal Honey. Meanwhile, Jughead (Cole Sprouse) will find himself transferred to a private school where he joins the writer’s program ran by Mr. Chipping (Sam Witwer). How it leads to the Spring Break flash-forward — and Jughead’s absence in that scene — is anyone’s guess. Also, Veronica (Camila Mendes) joins Cheryl (Madelaine Petsch) in a maple rum business. The series will also cross over with new series Katy Keene when it debuts in winter 2020.

Returns: October 15 on The CW

What to Expect: In its final 10 episodes, Arrow will see Oliver Queen (Stephen Amell) find resolution with people from his past and head off on an impossible mission given to him by The Monitor. Meanwhile, in 2040, Mia (Katherine McNamara) and the New, New Team Arrow face a new challenge as Conner Hawke (Joseph David-Jones) takes on his adoptive brother J.J. (Charlie Barnett) — the natural born son of John Diggle (David Ramsey) and Lyla Micheals (Audrey Marie Anderson). For his part, Diggle will remain at Ollie’s side through “Crisis,” which will consume the eighth episode of the season. Episodes nine and 10 will form the conclusion of the Arrow story.

What to Expect: Alex (Rhenzy Feliz), Molly (Allegra Acosta), Gert (Ariela Barer), Chase (Gregg Sulkin), Karolina (Virginia Gardner), and Nico (Lyrica Okano) are more divided than ever with Gert kidnapped by her own father (Kevin Weisman) and Chase and Karolina being saved as a main course for the aliens who survived the destruction of Jonah’s ship. Also, one of the aliens is probably inhabiting one of the other children. Meanwhile, the other Pride parents are free to follow their own ambitions (for the most part), Morgan La Fey (Elizabeth Hurley) will make her way out of the Dark Dimension and the Runaways will have a run in with Freeform’s Cloak (Aubrey Joseph) and Dagger (Olivia Holt).

Suggested Reading: Cloak and Dagger: Runaways and Reversals by Brian K. Vaughn, Adrian Alphona and many, many more.