From the character's origin story to the villains she'll fight, find out all about the Arrowverse hero played by Ruby Rose.

It feels as though the character Batwoman has been on TV for a while — what with her splashing around in summer 2018 headlines and making a special appearance in last year’s Arrowverse “Elseworlds” crossover — but the debut episode of The CW’s Batwoman will be the real beginning of Kate Kane’s (Ruby Rose) television journey.

You may already know Batwoman is Bruce Wayne’s only living relative, an accomplished fighter, and very out and proud. But that’s only a sliver of who she is, what she’s fighting for, and why she has a series all her own. And combined with her ties to the already-sprawling CW multiverse of superheroes, it might be helpful to get a primer on what to expect when you sit down to watch Batwoman. Here are a few things you should know about this hero as her series begins. 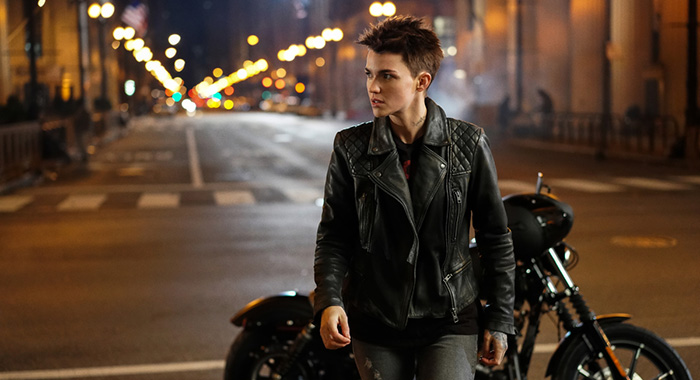 Currently, The CW airs six superhero shows set on three different Earths. The Earth-1 of Arrow, The Flash, and DC’s Legends of Tomorrow, Supergirl’s Earth-38, and the undesignated Earth of Black Lightning. The latter two occur on different Earths because they were not developed as CW shows — Supergirl first aired on CBS and Black Lighting was developed for Fox — but their alternate universe homes also pay homage to DC Comics and its fascination with alternate realities.

But as last year’s “Elseworlds” crossover made clear, Batwoman takes place on Earth-1. Which means it is possible for characters from The Flash and Arrow to make easy visits to Gotham City. Of course, that famous DC town was not always available to Arrowverse producer Greg Berlanti. Thanks in part to the way DC Entertainment handles film and television rights, the use of Gotham City icons had to be approved by several levels of management. Even a passing reference to Batman in an episode of Arrow a few years ago required executives at DC, Warner Bros, and Fox to sign off on it as Gotham was still on the air on Fox and Batman movies are always in development.

Some of those barriers have been cleared to make Batwoman possible, but it means you may be waiting some time to see your favorite Gotham City villains on the show. Most of the marquee rogues are typically reserved or Batman feature films and, thanks to a deal made with 20th Century Fox in the 1960s, the Fox broadcast network always has first dibs to Batman characters on television. There are exceptions, though, like Tommy Elliot — the more recent villain known as Hush — who will appear in the form of actor Gabriel Mann in upcoming episodes and Magpie (Rachel Matthews), a fairly minor villain from the 1980s. Both appeared on Gotham, but are easier for the series to tap than, say, the Penguin.

That said, Kate has her own rogues gallery, including the murderous and twisted Alice (Rachel Skarsten) and, if previews are anything to go by, the Crows private security firm run by her father Jacob (Dougray Scott).

2. Gotham City Has Its Own Cast Of Characters 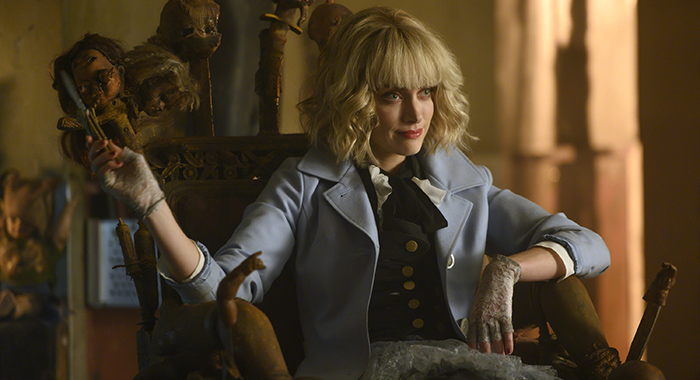 Applying the old evil-stepmother trope, Kate and Catherine do not get along. Kate is a loner who left home after high school, while Catherine is a mover-and-shaker in the Wayne-less Gotham. She does have a vested interest in reversing the city’s reputation as a crime-riddled hellhole, however, which is definitely compatible with Kate’s new job ridding her city of bad guys. Med student Mary, meanwhile, may be on better terms with Kate, but her real challenge is keeping her off-the-books health clinic in the tough part of Gotham a secret.

As for Luke (based on the DC Comics Batwing character) and Sophie, it’s best you watch the debut episode without a great deal of background on either, as they are the people Kate ends up interacting with the most — and for very different reasons.

And since we’re talking about Gotham citizens, it might helpful to mention Gotham itself is more a grounded Dark Knight place than the sometimes cartoonish city of Gotham. Which is to say, people behave a little more like everyday folks instead of the mad, wonderful, and shouting denizens of the former Fox television show. It’s an important contrast for a Gotham set on The CW’s Earth-1.

3. The First Few Episodes Take Place Prior To “Elseworlds” 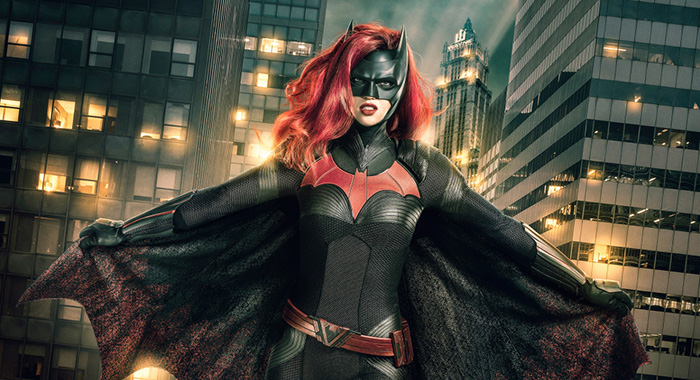 While Kate has a distinctive look, as seen in “Elseworlds,” it may be an episode or two before Rose is actually wearing that particular Batwoman super-suit. As revealed at screenings during San Diego Comic-Con this summer (and one at NYCC this weekend), the first episode takes viewers back to the moment Kate returned to Gotham after a self-imposed exile and discovers her cousin Bruce’s secret identity. Consequently, the complete Batwoman costume may not be seen on screen for a few episodes.

From a narrative standpoint, this is the right way to go as it means things like the Batwoman wig and red cape get to mean something to the audience. But for those watching the continuity between Batwoman and the other CW superhero shows, this means a good chunk of the first season occurred prior to last year’s “Elseworlds” crossover.

And just to make things even more confusing, the timeline has to sync up before December’s “Crisis on Infinite Earths” crossover, since Kate will be featured in the story.

In its own strange way, this also honors DC Comics and the way it tells stories, just without a helpful editorial caption to tell you these events are taking a place a year and a half ago. As you actually watch Batwoman, this may not matter too much in the short term — it has to tell its own story after all — but it may come up in December.

4. It Is An Origin Story 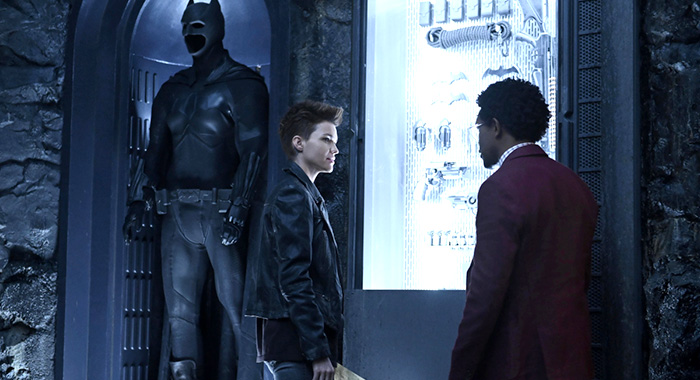 As mentioned above, a large part of the show’s first season will form an origin story. It seemingly takes its cues from Batwoman: Elegy, a story by Greg Rucka and J.H. Williams III that really set the tone for Kate in the DC Comics universe. It reveals key details about Kate’s past — getting kidnapped with her twin sister at a young age, getting kicked out of the military when her same-sex relationship was exposed, etc. — and serving as a de facto origin tale even though Kate had been operating as Batwoman for a good year or two prior to Elegy’s publication in the pages of Detective Comics.

On the show, some of these details are getting remixed, but it will depart from Elegy in a key way — it will spend far more time showing Kate becoming Batwoman. Back in the comics, the character was always fully formed. But for television, it is important to see Kate making certain choices, literally learning the ropes and cementing her identity.

We have to admit that choice is dramatic satisfying for a series like this. And, as it happens, Berlanti pulled this off before on Arrow. Halfway through its second season it introduced Barry Allen (Grant Gustin), a visiting crime scene analyst who began a quasi-relationship with Felicity Smoak (Emily Bett Rickards). By the end of the season, he was struck by lightning and awarded with his own show. Thanks to the Arrow appearance, the audience had the chance to decide if they liked Barry while the first season of The Flash saw him discovering powers and hitting certain important milestones.

And like Barry at the time of his debut, Kate is a person a lot of viewers only know through reputation or her brief appearance in the Arrowverse last year. Giving her a handful of episodes of self-discovery gives the new program — and the audience — plenty of time to obtain a clearer picture of Kate. 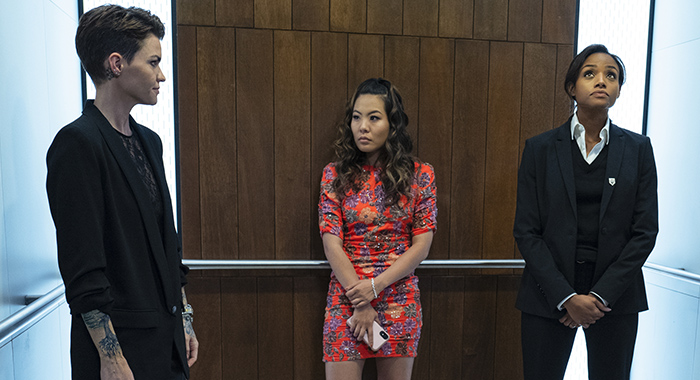 Thanks to the success of The Flash, the subsequent Arrowverse shows have been filled with metahumans and crazy super powers. Even the fairly grounded Black Lighting, which exists outside the Arrowverse framework, indulges in its super-power displays and, indeed, made the collection of metahumans a key part of its storyline. But Batwoman is a return to the pure action show roots of Arrow. Like that series’ early days, Kate, her associates, and her enemies will lack for big, bright powers.

Granted, that’s baked right into the premise — members of the Batman family are generally conventional humans trained for peak performance — but it means the show will have a different feel than what you might expect. This is doubly true as Arrow finds itself dealing with alternate realities and a multiverse entity as part of its eighth and final season. Week-to-week, this means you should expect a lot more close-quarters fighting and, perhaps, a reliance on gadgets. Hopefully, the latter will set the program apart from Arrow, which avoided trick arrows for a long time.

The return to action also means the show will be less tied to the campier elements of the DC Universe. That’s probably a good decision as Batwoman is paired on Sundays nights with Supergirl, a show filled with powered aliens and a generous helping of goofy camp to offset its often-serious stories. And considering the rumblings that a “World’s Finest” team-up between the two heroes may eventually happen, contrasting their worlds can only be a net positive. A similar difference in tone helped set The Flash apart from Arrow.

But considering Batwoman’s comic book past includes some wild monsters, aliens, and prophecies, we wouldn’t put it past the production team to introduce something decidedly fantastical into the mix after “Crisis on Infinite Earths” or in the first season finale.

Until that occurs, though, expect Batwoman to be a show about fighting for one’s identity. Whether or not that’s a meta-commentary on the show itself (and its place in the Arrowverse) remains to be seen.

Batwoman airs Sundays at 8 p.m. on The CW.