This week’s Ketchup brings you more headlines from the world of film development news, covering such titles as Black Canary, The Matrix: Resurrections, and Nosferatu.

ANYA TAYLOR-JOY REUNITES WITH ROBERT EGGERS FOR A NOSFERATU REMAKE 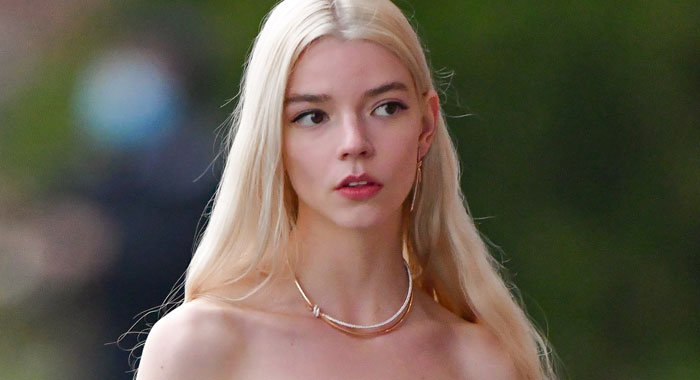 Although most people first saw The Witch in 2016, the film actually had its world premiere at the Sundance Film Festival a year earlier in January, 2015, where it was very well received. In between that premiere and its theatrical release, director Robert Eggers was able to begin development on a dream project, a remake of the 1922 vampire horror film Nosferatu (Certified Fresh at 97%), which Werner Herzog previously remade in 1979 (Certified Fresh at 95%). Since then, Eggers has instead directed The Lighthouse (Certified Fresh at 90%) and the upcoming Vikings epic The Northman (4/8/2022), but it’s sounding like his Nosferatu movie might finally start filming soon. Anya Taylor-Joy (The Queen’s Gambit, The New Mutants), who first came to prominence as the star of The Witch, revealed this week that she will be reuniting with Eggers for Nosferatu.  More immediately, however, Taylor-Joy will be starring in the Mad Max: Fury Road prequel Furiosa (as Charlize Theron’s character), for which she has been learning to do some of her own high-speed stunt driving.

The success of The Lion King (Certified Fresh at 93%) in 1994 led to an entire franchise consisting of sequels and TV shows. The CGI remake in 2019 (Rotten at 52%) was also a huge box office success with over $1.6 billion worldwide, but instead of a sequel, Disney is going the prequel route this time. The first two stars to be announced for the Lion King prequel are Kevlin Harrison, Jr. (The Trial of the Chicago 7) as the young Taka (aka Scar) and Aaron Pierre (The Underground Railroad) as the young Mufasa. Director Barry Jenkins (Moonlight, If Beale Street Could Talk) has started production on the prequel, which Disney describes as being “live action,” though it’s probably more likely to be photorealistic CGI (since Disney also called the 2019 movie “live action” despite most of the movie actually being CGI animation).

2. SPIDER-MAN: NO WAY HOME CONFIRMS RETURN OF DOC OCK AND OTHER VILLAINS

Marvel Studios boss Kevin Feige started the week by coyly telling Collider that the first trailer for Spider-Man: No Way Home (12/17/2021) would definitely come out before the movie does. What Feige couldn’t have predicted was that within 24 hours, someone would leak a version of the trailer online, albeit filmed off someone’s phone and missing most of the special effects. That led soon after to the Spider-Man: No Way Home trailer being officially released, special effects in place and everything. The trailer sets up the One More Day-style premise pretty clearly (which is also leading to a certain long-simmering fan theory), as Peter Parker seeks Doctor Strange’s help after his identity goes public, ruining his life and that of those closest to him. The trailer also shows the return of Alfred Molina as Doctor Octopus, and also seems to tease the returns of other villains like the Green Goblin, Sandman, and others. The trailer proved extremely popular, as it even broke the 24-hour record previously held by Avengers: Endgame.

We don’t have a trailer yet for the long-awaited sequel known until this week as The Matrix 4, but at the CinemaCon event for theatrical exhibitors, Warner Bros. revealed that the title will be The Matrix: Resurrections, and by showing them the first trailer, we also got our first synopsis. As the trailer starts, Keanu Reeves is back to being Thomas Anderson again, who tells his psychiatrist (Neal Patrick Harris) that he’s been having strange dreams, for which he starts taking blue prescription bills, until a mysterious man (Yahya Abdul-Mateen II) gives Anderson a red pill. Along the way, we also see Anderson meeting a woman played by Carrie-Anne Moss (Trinity), and that most of the people around him live their lives staring at their phones. Warner Bros. will likely release the trailer to the online public soon, but we don’t know for sure when that will be yet. The Matrix: Resurrections is currently scheduled for release on December 22, 2021.

4. CHRISTIAN BALE TO PREACH TO THE CHURCH OF LIVING DANGEROUSLY

Hollywood hasn’t completely given up reading source material other than comic books. Every once in a while, we still hear about mid-range dramas adapted from magazine or newspaper articles, such as the 2019 Vanity Fair article The Church of Living Dangerously: How One of America’s Biggest Pastors Became a Drug Runner for a Mexican Cartel. And in the spirit of the very best subtitles, that one also basically tells you exactly what the movie The Church of Living Dangerously is going be about. Christian Bale is now attached to star in the film adaptation as Oregon preacher John Lee Bishop, whose church became so large it took up an 8,500 square foot former K-Mart superstore, before he eventually became a drug smuggler. The Vanity Fair article will be adapted for the film by screenwriter Charles Randolph, who previously worked with Christian Bale on another true story, The Big Short (Certified Fresh at 89%).

In 1985, Steven Spielberg directed the drama The Color Purple (Fresh at 81%), adapted from the novel of the same title by Alice Walker. Starting in 2005, The Color Purple was also adapted as a Broadway stage musical, which Warner Bros. is now adapting into a movie. Corey Hawkins, who recently starred in the movie adaptation of Lin-Manuel Miranda’s In the Heights (Certified Fresh at 95%) is the first actor announced for the movie musical, reportedly as the character named Harpo, the character married to Oprah Winfrey’s Sofia in Spielberg’s film. (Side note: “Harpo” also happens to be “Oprah” spelled backwards, and it’s the name of her production company.) Warner Bros. is now testing actresses opposite Corey Hawkins to play his wife. The Color Purple will be directed by Ghana-born filmmaker Blitz Bazawule, who previously directed Beyonce’s Black is King (Certified Fresh at 94%).

Comic book writer Robert Kirkman has also had success with the adaptations of both The Walking Dead (and its spinoffs) and the recent Amazon Prime animated series Invincible. Kirkman also created the comic book Oblivion Song, set in a world where 300,000 residents of Philadelphia suddenly disappear mysteirously. Jake Gyllenhaal is now attached to produce and star in an adaptation of Oblivion Song, as a man who makes daily trips to “Oblivion”, the part of Philadelphia from which the people went missing. Gyllenhaal has two wrapped films opening soon: The Guilty (10/1/2021) and Michael Bay’s Ambulance (2/18/2022).

7. BLACK CANARY TO GET HER OWN SPINOFF MOVIE AFTER LAST YEAR’S BIRDS OF PREY

One of the last major movies released just before movie theaters shut down last year was the DC Comics movie Birds of Prey (and the Fantabulous Emancipation of One Harley Quinn) (Certified Fresh at 79%). It remains unclear if that film will ever get a direct sequel, but one of the characters is now likely to receive her own solo spinoff. Jurnee Smollett is attached to reprise her character for Black Canary, which is being developed by Lovecraft Country showrunner Misha Green for HBO Max. It’s not yet known if any other Birds of Prey characters will return for Black Canary, or when the film might debut on the streaming service.

Tiffany Haddish has been keeping so very busy and prolific that one could easily forget her big breakthrough role in Girls Trip (Certified Fresh at 92%) was only four years ago in 2017. Haddish has three wrapped films awaiting release (The Card Counter, Easter Sunday, and Nicolas Cage’s The Unbearable Weight of Massive Talent), and is also attached to star in Disney’s next Haunted Mansion movie. She isn’t slowing down, either, as this week she signed with Universal Pictures to star in their animated/live-action hybrid family comedy I.F. (shot for Imaginary Friend), although it’s unclear whether she’s playing the imaginary friend or the human character. I.F. will be directed by Mike Mitchell (Shrek Forever After, Sky High) from a screenplay by Darren Lemke (Goosebumps; co-writer of Mitchell’s Shrek Forever After). I.F. also has competition at Paramount with Imaginary Friends, a comedy with a similar premise that may co-star Ryan Reynolds and John Krasinski.

9. JASON MOMOA AND DAVE BAUTISTA HOPE TO DO A BUDDY COP MOVIE WITH DAVID LEITCH

Most new movie projects are announced via the rather old fashioned route of press releases and articles in trade publications like Variety or The Hollywood Reporter. This week, Jason Momoa decided to go a very different route, as he broke some big news during an interview on The Late Late Show with James Corden while promoting Sweet Girl (Rotten at 16%). Momoa told Corden that he and Dave Bautista (who are both in the upcoming Dune remake) plan on doing a Lethal Weapon-style buddy-cop movie with director David Leitch (Deadpool 2, Atomic Blonde), who reportedly called the pitch “interesting” (though that is far from a confirmation that Leitch will actually direct it).