Plus, new films for Channing Tatum, Sam Raimi, and Ben Kingsley, and a Snow White and the Huntsman spinoff.

After disappointing results for films like Red Dawn, Total Recall, and RoboCop, it’s possible that some in Hollywood are starting to get the message that there’s not really an audience champing at the bit for remakes of cherish genre classics. The question posed by this week’s biggest movie development news story is whether there’s still a way of reviving old franchises other than direct reboots/remakes. We speak, of course, of the news that Iron Man 3 and Kiss Kiss Bang Bang director Shane Black has signed with 20th Century Fox to bring back Predator. Shane Black also costarred in the first Predator as Hawkins, the first of the lead commandos — 27 year old spoilers! — to (appear to) be killed. Black will also write the treatment for the new Predator film before handing the screenplay to Fred Dekker, with whom he worked on The Monster Squad (which also came out in 1987). Although the initial reports did call this new Predator film a “reboot,” Black was quick to correct that, saying, “As far as Fred and I are concerned anyway… why start over, when you’ve all this rich mythology yet to mine?,” continuing that he can “really get behind inventive sequels.” This will be the sixth Predator film, after three films in 1987, 1990, and 2010, the two Alien vs Predator movies in 2004 and 2007, and various appearances in comic books, novels, and video games. Besides this new project, Shane Black continues to work on his long-in-development adaptation of Doc Savage, about which he reportedly recent met with Thor star Chris Hemsworth (who also made the news this week, further down in the Ketchup).

#1 CHANNING TATUM TO WORK WITH THE COEN BROS ON HAIL CAESAR!

The recent box office success of 22 Jump Street over How to Train Your Dragon 2 was the latest achievement for Channing Tatum, who is increasingly looking like he is becoming a true “bankable” Hollywood movie star. Tatum will also be starring with Steve Carell this fall in Foxcatcher, which is already one of the year’s early Awards season frontrunners (it premiered at Cannes last month). Tatum’s pursuit of critical and box office success appears to be continuing with the news this week that he’s going to costar in the next Coen Bros movie. Channing Tatum, Ralph Fiennes, and Tilda Swinton are all in talks to join the already cast duo of George Clooney and Josh Brolin in the Hollywood period comedy Hail, Caesar! In this ensemble comedy about 1950s Hollywood, Tatum will play a Gene Kelly-ish movie star, Fiennes will play a film director, and Swinton will play a “powerful Hollywood gossip columnist.” Hail, Caesar! will be distributed by Universal Pictures, probably in the fall of 2015.

We’ve already known for a while that Guillermo del Toro was working on a sequel to last year’s robots-vs-kaiju monster movie Pacific Rim, but this week, the project was confirmed by that (sometimes reliable) bible of film development: the release schedule. Universal Pictures and Legendary Pictures have announced that Pacific Rim 2 will be released on April 7, 2017 in 3D and IMAX 3D theaters. Guillermo del Toro will again be directing, and is currently writing the script with Zak Penn (cowriter of The Incredible Hulk and Marvel’s The Avengers). Between now and 2017, del Toro will also be working on a Pacific Rim animated TV series, Pacific Rim graphic novels, The Strain TV series, and the haunted house film Crimson Peak, which Universal and Legendary are releasing on October 16, 2015.

Director Sam Raimi became nearly synonymous in recent years with eye candy movies because of his three Spider-Man films, Disney’s Oz the Great and Powerful, and the horror film Drag Me to Hell. This week, Raimi came on board to produce and possibly direct an adaptation of a book by CNN reporter Jake Tapper which would be a departure from that career track. Tapper’s war memoir The Outpost: An Untold Story of American Valor describes a battle in 2009 at Combat Outpost Keating near the Afghanistan border with Pakistan. The 53 U.S. soldiers there found themselves surrounded by nearly 400 Taliban combatants in a bloody clash on October 3, 2009. If Sam Raimi does sign on to direct The Outpost, it will be his first war movie, following previous genre experiments with the thriller (A Simple Plan), the western (The Quick and the Dead), and sports movies (For Love of the Game).

Everything went so spectacularly well on the Apollo 11 mission on July 20, 1969 that reactions to this day range from conspiracy theories to taking it for granted (the moon landing predates many of our readers’ births, obviously). There’s evidence that the success of Apollo 11 was far from a certainty in 1969 (and that’s supported by the events depicted in Apollo 13). When former White House speechwriter William Safire died in 2009, one of the documents found in his papers was a speech titled, “In Event of Moon Disaster.” The speech was to have been read by President Richard Nixon if something had gone wrong with the Apollo 11 mission. Now, the disaster that didn’t happen is going to be adapted as a fictional moon disaster movie with that very title. Tate Taylor, who became famous for directing The Help, and directed the upcoming James Brown biopic Get On Up, will direct and produce In Event of Moon Disaster. The project is on something of a fast track, with casting expected to start soon in preparation for an early 2015 filming start date. And speaking of Apollo 13, that film’s star Tom Hanks also made the news this week because he will have a “brief role” with frequent costar Meg Ryan in her directorial debut, called Ithaca.

The argument can certainly be made that the success of the Marvel movies is establishing artistic relationships that Disney is then able to apply to their other films. Take, for instance, the studio’s live action/CGI animated update of Rudyard Kipling’s The Jungle Book. We already knew that The Jungle Book was going to be directed by Jon Favreau (Iron Man and Iron Man 2), and that Kaa the python would be voiced by Black Widow herself, Scarlett Johansson. This week, we also learned that a third Iron Man alumnus, Sir Ben Kingsley, will be providing the voice of the black panther Bagheera. (Or, maybe, he’ll be playing the guy providing the voice of an animated panther. Epic Mandarin burn!)

Obviously, if Warner Bros and DC Comics are serious about building their own cinematic universe to compete with Marvel, they’re going to be doing a lot of casting in the next few years. The argument can also be made that the Batman v Superman: Dawn of Justice cast is getting kind of crazy huge. We’ll just skip listing the other 13 actors by linking to Wikipedia, and focus on announcing that the 14th cast member of the movie will be the awesomely named Scoot McNairy. Although most people don’t know the face or the name yet, McNairy does come to this movie with some interesting connections. He costarred with Ben Affleck in Argo, worked with the competition on Marvel One-Shot: Hail to the King, and starred in Monsters, the first film from Warner Bros’ darling and Godzilla director Gareth Edwards. We don’t know yet who Scoot McNairy will be playing in the DC movies, but top contenders include Green Lantern and the Flash, though for all we know, he might be playing Elongated Man, the Atom, The Creeper, Blue Beetle, or Booster Gold. And that’s why this is a borderline Rotten Idea… Batman v Superman: Dawn of Justice nearly has more characters than would fit in three movies, much less one.

#3 THE HUNTSMAN GETS HIS OWN SPINOFF MOVIE, SANS-SNOW WHITE

There was so much scandal about what was going on away from the cameras that the actual release of Snow White and the Huntsman almost seemed to be an afterthought. Of course, the movie brought in almost $400 million worldwide, so maybe the controversy helped, too. Universal was definitely left with some conundrums about how to carry on as if Snow White and the Huntsman was the start of a franchise. Their solution appears to be to drop the director, drop the Snow White, and give the world Frank Darabont’s The Huntsman. Frank Darabont is, of course, a well known genre figure because of his work on Stephen King adaptations like The Green Mile, The Shawshank Redemption, and The Mist, and also for being the original showrunner on AMC’s The Walking Dead. Darabont’s not the reason this is a “Rotten Idea;” it’s because Snow White and the Huntsman had a Tomatometer rating of 48% (Rotten). Chris Hemsworth and Charlize Theron are expected to return in lead roles, but Kristen Stewart is not (though she may still have a very small cameo).

This week, the Michigan Film Office announced (and confirmed) that the fourth Beverly Hills Cop movie (which has the same title as the first film) will be filmed and set entirely in Detroit and Michigan. The premise is that, after decades of living and working in Beverly Hills, Axel Foley will have to return to the mean streets of Detroit. Paramount has scheduled Beverly Hills Cop for March 26, 2016, against the disaster movie Geostorm. Director Brett Ratner’s Tomatometer is the reason Beverly Hills Cop is one of the week’s Rotten Ideas.

#1 THIS WEEK IN MARVEL: THE FANTASTIC FOUR TO BE… A FOUND FOOTAGE MOVIE?

Obviously, if superhero movies are going to continue to dominate Hollywood, there is going to need to be evolution and experimentation, including new genres and approaches. And maybe we should have seen this one coming when 20th Century Fox hired Chronicle director Josh Trank for their 6/19/15 reboot of The Fantastic Four. But here we are, as the president of production at Fox has revealed that the film will likely have “found footage elements… It’s Josh, so it can’t not have that feel.” So, just imagine what that means… We’re going to have Reed Richards recording Johnny Storm and the Thing fighting their frustrations out on his GoPro. Yay? In other Marvel news, Edgar Ramirez of Deliver Us from Evil has revealed that he has been talking to Marvel about a role in Doctor Strange (possibly as the villain Baron Mordu, whom he sort of resembles?). And, yes, there was also the news about a Nathan Fillion cameo in Guardians of the Galaxy, but not as who he probably heard he’d be playing. Instead, there’s a rumor that Nathan Fillion might be voicing the Russian space dog Cosmo. Getting back on our Rotten headline for the close, what do the commenters think? Should the adventures of the Fantastic Four be depicted via “found footage”? 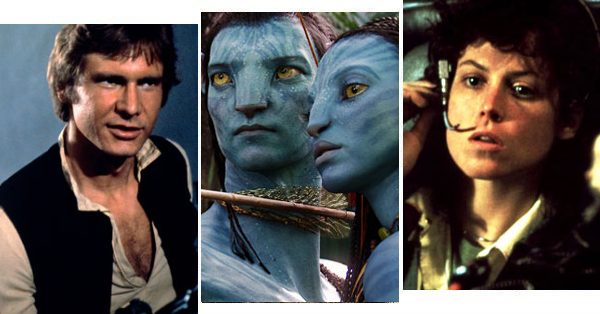