The British actor’s Starz series American Gods returns in March — no small feat after showrunners Bryan Fuller and Michael Green departed the series, delaying its season 2 premiere. And John Wick: Chapter 3 – Parabellum is out in May. HBO’s long-awaited Deadwood movie is coming this spring; McShane won a Golden Globe best actor drama award for his part as foul-mouthed Al Swearengen in the Western series. There’s also McShane’s role in Hellboy, and the jazz biopic Bolden.

First, while the third film in the John Wick series hits theaters in May, Starz is planning a spin-off series called The Continental that would be set at the movies’ hotel for assassins. Though a vital character at the films’ Continental hotel, don’t expect to see McShane’s Winston on the series. That doesn’t mean he won’t be involved at all, however.

“No,” McShane told RT when asked about appearing on the series. “But I may give ’em a voiceover. A series, no. They talked about that.” 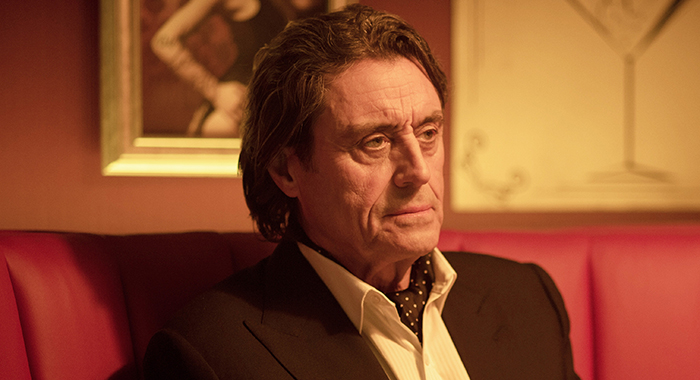 There’s also the matter of finding out where Winston ends up at the end of John Wick 3. When it begins, he’s going to be in a bit of trouble for letting John Wick (Keanu Reeves) get away at the end of Chapter 2.

American Gods casts McShane as Mr. Wednesday, the ancient Norse god Odin living on Earth and trying to lead his fellow old gods — among them goddess of dawn Easter, Slavic god Czernobog, and Ghanaian trickster god Anansi — into battle against the new gods, including Media, Technical Boy, and Mr. World, the god of globalization. Wednesday regularly plays gods, humans, and other entities off each other.

McShane hinted that a similar dynamic exists in the world of John Wick, that we’ve only just begun to see the forces behind the scenes at The Continental, and they could all be coming out to hunt John Wick.

“It all shifts around,” McShane said. “Talk about shifting alliances, it’s the same thing.” 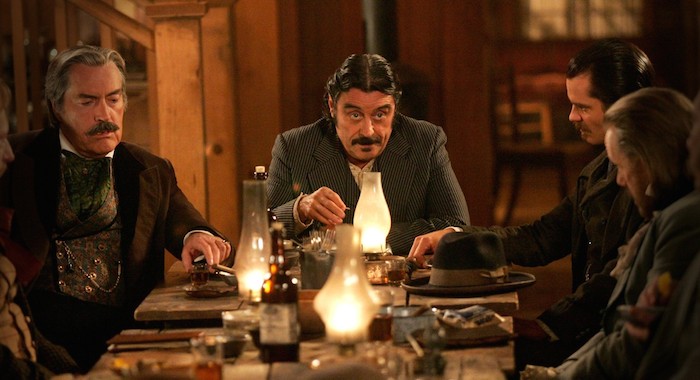 There’s also the matter of HBO’s long-gestating Deadwood movie. Fans have been waiting to see Al Swearengen again since the network canceled Deadwood following its third season in 2006. McShane said that the intervening 13 years have not been kind to his character.

“Al’s a little diminished from what he was,” McShane teased.

This time, because the cast and crew are not hoping for a fourth season, the movie gives the show its long-overdue definitive ending. But, of course, there’s always the possibility of the movie’s unparalleled success.

“It’s a full ending,” McShane said. “I say that, but if it’s a huge success for HBO, they’ll go, ‘Can we get another one? Can we squeeze another one of out of you?’ It’s a two-hour movie so it’s a finite thing.”

Rumors of a Deadwood limited series or movie have persisted for more than a decade, so McShane still can’t quite believe he actually filmed one. And while HBO has yet to confirm a premiere date — only the vague promise of “spring” — McShane might have some intel on that matter.

“Now it’s coming out in May,” he said. Pencil that into your calendar, but wait until the network confirms to set it in pen.

McShane will also appear as Professor Bruttenholm in the 2019 adaptation of Mike Mignola’s graphic novels, Hellboy, which also stars David Harbour (Stranger Things) in the titular role and Milla Jovovich as Nimue the Blood Queen.

John Wick: Chapter 3 – Parabellum is out May 17, Hellboy releases April 12, and American Gods returns for season 2 on Starz on March 10. Deadwood‘s three seasons can be streamed on the HBO Now stand-alone subscription service or the HBO Go streaming service free with your cable subscription.