This week on streaming services, we’ve got a blockbuster action film, an Oscar-winning dramatic thriller, and a bunch of notable indies and Certified Fresh TV. Read on for the full list.

Tommy Lee Jones, Josh Brolin, and Javier Bardem star in the Coen brothers’ Oscar-winning dramatic thriller about a man who discovers a briefcase full of cash, the deadly hitman ordered to retrieve it, and the grizzled local sheriff trying to make sense of it all.

This coming-of-age drama follows a French teenager’s troubled family life and misadventures in the Soviet Union.

Bill Murray plays a curmudgeon with a heart in St. Vincent, about a Vietnam vet who forges an unlikely friendship with a neighborhood boy. Naomi Watts and Melissa McCarthy costar.

In this psychological horror film, a pregnant newlywed couple are terrorized by their invasive new landlord.

This  Turkish horror film tells the terrifying tale of a group of cops who stumble into an otherworldly realm.

Tom Cruise and Rebecca Ferguson star in this widely acclaimed thriller, in which the IMF is on the run from both the government and a shadowy band of bad guys.

Mads Mikkelsen and Alicia Vikander star in this Best Foreign Film nominee, a period drama about a doctor who seduces the soon-to-be queen of Denmark.

This documentary takes a look at the life of Maila Nurmi, the woman who played television horror icon Vampira during the 1950s.

WGN’s Certified Fresh drama centers on a group of slaves living in Georgia during the pre-Civil War plantation era who plot to escape north together with the help of the Underground Railroad.

David Morse and Ryan Hurst lead an ensemble cast in this WGN drama about the power struggles within an Appalachian community living off the grid in rural Kentucky.

Kate Beckinsale and Chloë Sevigny star in Whit Stillman‘s adaptation of the Jane Austen novel about a widow who attracts the attention of three suitors.

This documentary profiles a Ukrainian preacher who made it a personal mission to save local kids from addiction.

This Certified Fresh French drama is the story of an aging factory worker who’s laid off and begins a new job as a supermarket security guard.

Tilda Swinton, Ralph Fiennes. and Dakota Johnson star in this drama about an injured rock star whose recuperation from an injury is interrupted when she’s visited by an old flame.

Craig Robinson stars in this coming-of-age drama about a teen who moves to Germany with his father and learns to adjust to his new life.

As we ramp up into summer, we reflect upon the 2016 winter/spring season, which brought with it a handful of top-notch TV shows worthy of Certified Fresh status. Whether they be series premieres or new seasons of returning shows, we’ve got all of them here in one place for you. Did your favorites make the list? Sound off in the comments below. 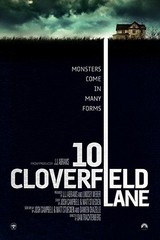 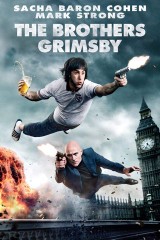 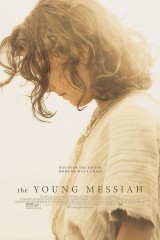 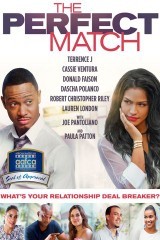 RT talked to Jurnee Smollett-Bell, Aldis Hodge, and Christopher Meloni from Underground, about how, although it’s a show about history, it’s surprisingly modern, and also a rocket ride. And how the cast wants very much to honor the characters and time depicted, and make them real people brought to life. Check it out!

This week in TV news, the next America’s Next Top Model, Xena gets a reboot, casting news, and more! 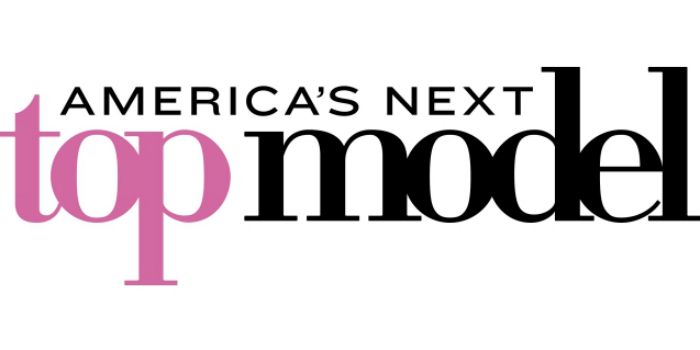 America’s Next Top Model ended its 12-year run on The CW (formerly UPN, formerly The WB) with Cycle 22 last December, but this won’t be the end of ANTM. VH1 is reviving the show for a 14-episode run – sans host Tyra Banks – later this year. This is a natural step for VH1 – the channel has shown reruns of the reality show for years. “We could not be more excited to bring back and breathe new life into one of the greatest unscripted franchises on television,” said chief licensing officer for CBS Corp Scott Koondel,  “VH1 is the perfect partner for this new endeavor and we hope this is the beginning of a long relationship.” While Banks will not be the host of this new ANTM, she will remain on board as an executive producer. The show will move to New York City and will likely have new hosts. We are all rooting for it.

UNDERGROUND SCREENED AT THE WHITE HOUSE 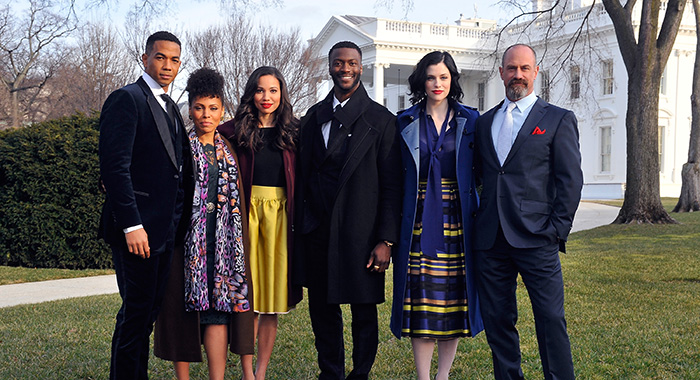 Yesterday, WGN America screened its highly anticipated original series Underground at the White House as part of the White House Office of Public Engagement’s Black History Month event, “These Hallowed Grounds.” Valerie Jarrett, Senior Advisor and Assistant to President Barack Obama, provided opening remarks, and the premiere episode was lauded by attendees at the event. Prior to the screening, the Underground cast and creative team, including executive producers John Legend and Akiva Goldsman and stars Jurnee Smollett-Bell, Aldis Hodge, Christopher Meloni, Alano Miller, Jessica de Gouw and Amirah Vann, participated in panel discussions in which they elaborated on the inspiration behind the escape thriller. Underground premieres Wednesday, March 9th on WGN America. 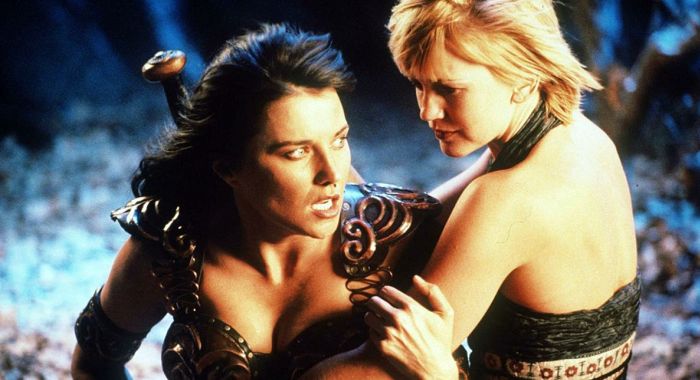 In a recent interview between Javier Grillo-Marxuach (Lost), showrunner of a new Xena: Warrior Princess reboot for NBC, and Genevieve Valentine, writer of the new Xena comic, Grillo-Marxuach spilled some beans about his plans. Changes will include a more serialized story arc than Xena fans are used to and the changing of some character backstories. “Some of their morality will be tweaked,” he explained. But it will still surround legendary characters “in a way that makes sense to the totality of the story.” Will Xena still have a Chakram? Grillo-Marxuach said he usually answers that with, “Of course… What am I, a monster?” But lead actresses Lucy Lawless and Renée O’Connor won’t be recreating their roles. While he loves and will miss the duo, the showrunner said, “The reboot is not a repudiation of the classic show, but rather a compliment to it. I want for Xena to be a cultural icon for longer than my tenure in the entertainment industry, or that of anyone else involved with the project.”

THIS WEEK’S HEAVYWEIGHTS IN CASTING 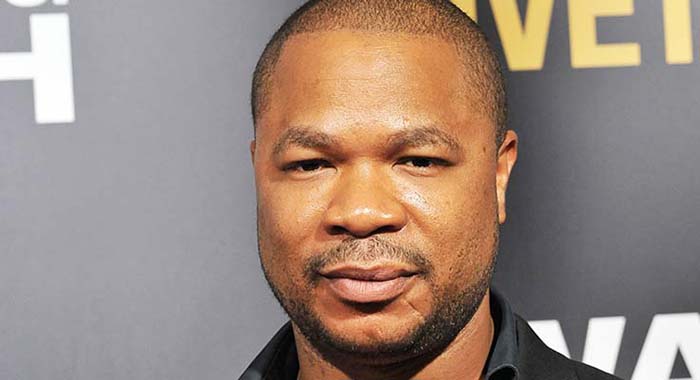 In casting news this week, Actor-producer-rapper Alvin “Xzibit” Joiner has just booked an influential guest starring role on Fox’s Empire. Xzibit is playing Leslie “Shyne” Johnson, who is described as 100% wolf and 100% gangster and it looks like 100% nemesis of Lucious Lyons. And as long as we are talking Cruel Intentions, we have learned Sarah Michelle Gellar will be reprising her role as Kathryn Merteuil in NBC’s revival of the famed 1999 film. Gellar will not be joined by her famous co-stars, but by their fictional son who learns the dark truth of his late father’s family. And all those that have been missing Dr. Mark Greene – E.R. alum Anthony Edwards has been the first cast, and will play Drew’s father, in CBS’s eagerly anticipated Nancy Drew reimagining. CBS has promised a diverse cast and a grown up Nancy, so we shall see where this famed feminist icon will take us next. 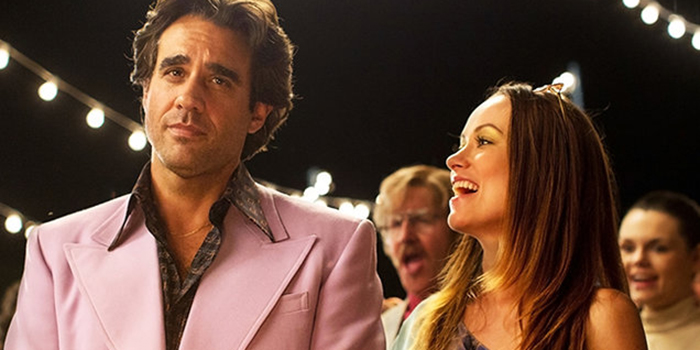 HBO hasn’t had a breakout drama hit since Game of Thrones premiered in 2011, and the pressure has been mounting for the next big hit. Their most recent release, Vinyl, garnered less than impressive ratings and mixed reviews. And after troubles with highly anticipated productions like Westworld, and projects from David Fincher, and Steve McQueen were benched due to production problems, HBO’s drama head Michael Ellenberg found himself out of a job this year. Nevertheless, HBO insists that they are still looking forward to their 2016 slate.