It’s time for our weekly countdown of the Winter TV premieres! Here are the best new shows for the week of Friday, March 4th. See how this week’s shows, Hap and Leonard, The Family, House of Cards, and The Real O’Neals stack up against each other on the Tomatometer!

This week at the movies, we’ve got an urban jungle (Zootopia, with voice performances by Ginnifer Goodwin and Jason Bateman), a city under siege (London Has Fallen, starring Gerard Butler and Aaron Eckhart), and a reporter under fire (Whiskey Tango Foxtrot, starring Tina Fey and Margot Robbie). What do the critics have to say? 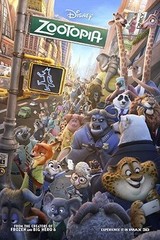 “Talking animals learning how to accept one another’s differences and get along” might sound like a storyline for the worst kind of lowest-common-denominator family-friendly fare, but for Disney’s Zootopia, it’s the springboard into one of the best-reviewed movies of the year — animated or otherwise. Ginnifer Goodwin stars as Judy Hopps, a bunny (don’t call her cute) whose dreams of a fulfilling career on the police force are foiled by a narrow-minded chief (Idris Elba) and an aggravating con artist fox (Jason Bateman). Judy finds herself embroiled in a missing-animals case that sends Zootopia bounding into noir territory, all while imparting an inclusive message in an admirably non-didactic way. The pundits say this Certified Fresh film is worlds deeper than your typical family film, and it’s sure to delight children and adults alike. 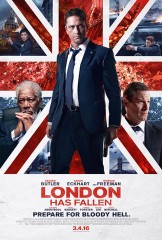 Olympus Has Fallen might not be a masterpiece, but it was a better-than-average president-in-peril action flick with a terrific cast. Well, many of the principal stars — including Gerard Butler, Aaron Eckhart, Angela Bassett, Morgan Freeman, and Melissa Leo — are back for London Has Fallen, but critics say this middling sequel distinguishes itself mostly with absurd plotting and excessive jingoism. This time out, a terrorist group has mounted an attack on Britain’s  landmarks, and it’s up to Secret Service agent Mike Banning (Butler) to protect an assemblage of world leaders. The pundits say London has Fallen is preposterous, cliched, and excessively brutal, but fans of 1980s grade-B action films might find it passable. 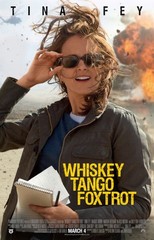 In Whiskey Tango Foxtrot, Tina Fey plays an inexperienced war correspondent embedded in Afghanistan. It’s a setup that promises sharp satire, but critics say that despite a hilarious performance from its star, the film is sometimes a bit too glib for its own good. Loosely based upon a memoir by journalist Kim Barker, the film follows Fey’s misadventures through a war zone, in which she deals with culture shock, sexism, and ever-present danger. The pundits say Fey’s portrait of an intelligent woman dealing with self doubt helps ground a film that too often suffers from tonal uncertainty.

While the plot could be more concise, Hap and Leonard benefits from engaging characters and an absorbing, offbeat atmosphere.

Funny writing and a solid cast save The Real O’Neals from traditional sitcom perils.