This new Golden Age of television allows us to gorge on lavish dramatic renderings of everything from brothel workers to talking animals, drug dealers to intergalactic journeymen — all of which awaits you in this month’s binge guide.


What it is: Set in 1763 London, Hulu’s Harlots charts the lives of sex workers in two warring brothels, one led by Margaret (Samantha Morton) and the other by Lydia (Lesley Manville). The series, from creators Alison Newman and Moira Buffini, is a period drama inspired by the true-life accounts documented in The Covent Garden Ladies by Hallie Rubenhold and is, at its core, a family one. Season 2 premieres July 11.

Why you should watch it: Harlots is so much more than a show about sex — in fact, that subject is met with less titillation and more sterile professionalism. But what it lacks in sex appeal it makes up for with rich and complex characters — mostly women — and a backdrop that allows for explorations of gender and class in 18th century England. Morton and Manville (who was an Oscar nominee last year for Phantom Thread) get the chance to showcase just why they’re both widely considered British acting royalty.

Where to watch: Amazon, Hulu


What it is: Creator Aaron Korsh struck gold in 2011 with this popular legal drama — and it’s still going, eight seasons strong! Its premise is simple: Mike Ross (Patrick J. Adams) is a law school dropout and brilliant fraudster who, upon impressing New York City’s top closer, Harvey Specter (Gabriel Macht), lands a job as Harvey’s associate despite not having a license. Mike proves, however, that he’s up to snuff, and together, he and Harvey work to keep his sordid past and illegitimacy a secret. Season 8 premieres July 18.

Why you should watch it: Suits came into the international spotlight this year thanks to one royal wedding and a co-star named Meghan Markle, but if that wasn’t reason enough for you to catch up on this USA Network affair, we’ve got a few more for you. The series works because it’s in on its own fun, and its high concept rags-to-riches premise rings true thanks to the chemistry of Adams and Macht. It’s a steep order to binge seven seasons, of course, but the show’s two charming leads along with their formidable supporting cast have kept us coming back for more.


What it is: Created by John Singleton, Eric Amadio, and Dave Andron (the latter of whom serves as showrunner), Snowfall follows in the footsteps of other FX dramas like Atlanta in that it tells the story of an ostracized community in ways that we haven’t seen before — this time by dramatizing the rise and breakout of the first crack epidemic in 1984 Los Angeles and its greater impact on American culture at large. Season 2 premieres July 19.

Why you should watch it:  As riveting as it is eye-opening, this street crime series pulls no punches in its portrayal of the drug trade and its implications in both micro and macro spheres. Startling performances from its ensemble of relative newcomers also bring us into a world that until now has been left off narrative television — and they keep a hold on us there.


What it is: Set in a system of four planets known as the Quad, Killjoys kick-starts its fourth season of extraterrestrial adventures July 20 once again with bounty hunters Dutch (Hannah John-Kamen) and brothers John and D’avin Jaqobis (Aaron Ashmore and Luke Macfarlane, respectively). As part of the Reclamation Apprehension Coalition (otherwise known as RAC), this trio spends their days tracking down people, places, and things. But such power doesn’t come easy, and there’s danger lurking around every corner.

Why you should watch it: Killjoys taps into a dramatic vein similar to Netflix’s sci-fi thriller Stranger Things in its self-aware, pure, escapist fun, but this Syfy series does it with a mere fraction of the budget. Thankfully, it boasts performances and rat-a-tat scripts that make it all come together seamlessly.


What it is: Based on the popular comic book series from Robert Kirkman (who gave us a little show called The Walking Dead) and Paul Azaceta, Outcast is a horror series following Kyle Barnes (Patrick Fugit), a shut-in living in his West Virginian hometown who, spurred by a string of events in the town, begins searching for answers to a question of his own: Why is he haunted by supernatural possessions? Season 2 premieres July 20.

Why you should watch it: Fugit is as fine an actor as Kirkman is a creator, but the real juice of Outcast comes from its ability to grapple with the supernatural and demonic possession — exorcisms galore — while also navigating the trials of humanity and the lurking evils and immoralities of the mortal world.


What it is: Co-created and co-starring Peter Stormare of Fargo fame, Swedish Dicks is the story of Ingmar (Stormare), a broke Swede and ex-stuntman who decides to open up a hack detective agency in downtown Los Angeles.

Why you should watch it: Thanks to off-the-beaten-path critical darlings like Schitt’s Creek, Pop has become an aficionado’s destination for smart-but-silly narrative comedy. Similarly cheekily titled Swedish Dicks, whose play on fish-out-of-water detectives (a trope perhaps made most famous by The Pink Panther’s Inspector Clouseau), is fresh and off-kilter in all the right ways.

Orange Is the New Black 90% (Netflix)


What it is: Jenji Kohan’s runaway (but locked-up) Netflix hit is ensemble work at its finest, following the day-to-day lives of the ladies of Litchfield Penitentiary and exploring the diverse crimves that got them there. Season 6 of the series streams in full July 27.

Why you should watch it: Inspired by Piper Kerman’s (here Piper Chapman, played by Taylor Schilling) real-life account of her arrest and imprisonment for drug-related money laundering, this hour-long dramedy opens up to include the equally heartbreaking (and often humorous) biographies of fellow inmates played by Emmy winner Uzo Aduba, Emmy nominee Laverne Cox, Danielle Brooks, Natasha Lyonne, Samira Wiley, Lea DeLaria, and others. From season to season, Orange — revolutionary and acclaimed for its onscreen diversity — becomes more and more timely, tackling everything from trans rights to police brutality to Black Lives Matter.

What it is: A midlife divorce turns into a series of midlife crises for Michaela Watkins’ Valerie and her bachelor brother, Alex (Tommy Dewey). Her sexually enlivened teenage daughter, Laura (Tara Lynne Barr), is forced along for the ride when she and Val move in with Alex. Its fourth and final season premieres July 31.

Why you should watch it: This warm, naturalistic Hulu dramedy from executive producer Jason Reitman quietly hits all the right notes while bringing life’s charming awkwardness and prevailing insecurities to the streaming screen.

Where to watch it: FandangoNOW, Google Play, Hulu, Microsoft, Vudu

What it is: A homicide mystery series that asks whydunit instead of who, The Sinner on USA is based on Petra Hammesfahr’s novel of the same name and reveals from the start that it was Cora Tannetti who murdered Frankie Belmont while at at the beach with her family. It’s Detective Harry Ambrose’s job to find out why. Season 2 premieres Aug. 1.

Why you should watch it: The No. 1 new cable series of 2017 returns in August with a by-popular-demand second season (it was originally intended to be a standalone miniseries), so that may be reason enough to tune into The Sinner. But it helps that it’s a great series, too. Featuring a career-best, Golden Globe-nominated performance from Jessica Biel as Cora and veteran actor Bill Pullman as Det. Ambrose, it’s a thrillingly complex hour of television. Biel won’t be returning for season 2 (she’s still on as executive producer), so catch her while you can with a season 1 binge.

What it is: Have you heard of the HBO comedy series that features the talents of everyone from RuPaul to Jenny Slate to Molly Shannon to Jonah Hill? That might be because they’re just the voices behind this animated series from creators Mike Luciano and Phil Matarese that depicts the lives of animals around us as complex and beguiling.

Why you should watch it: You might never have thought it, but it turns out that animals of the world can be as neurotic, depressive, and self-deprecating as its people. They’re also hilarious. Acerbic, R-rated humor is what grabs your attention here (it is HBO, after all), but it is Animals.’ enormous amount of heart lining each of its frames that will grab you for a two-season binge. Season 3 premieres Aug. 3.

This week, we’re taking a look back at the best TV Premieres so far this fall, including Crazy Ex-Girlfriend, The Grinder, Casual, Red Oaks, The Last Kingdom, Quantico, and Indian Summers (and also a bonus look at Supergirl). Check out the video to see where they rank, and how to get caught up on all of them! 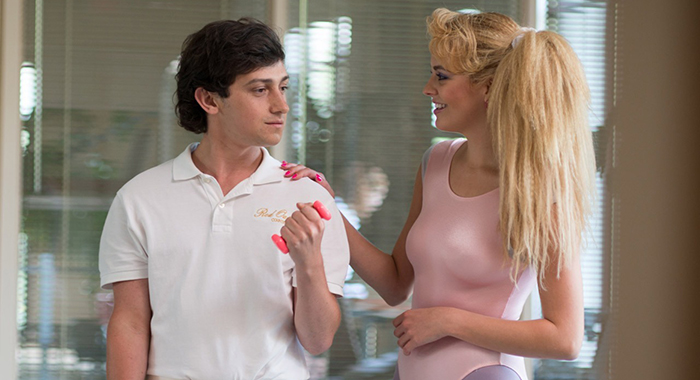 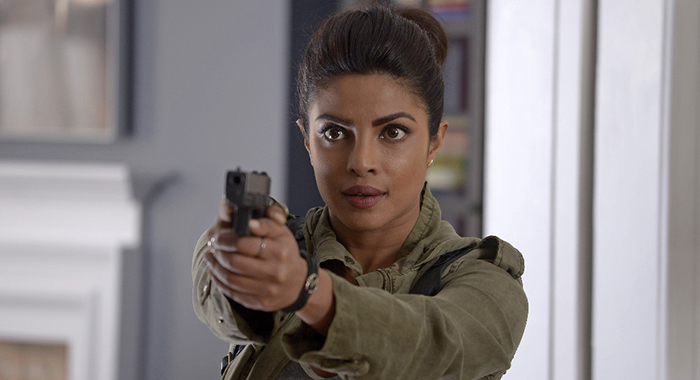 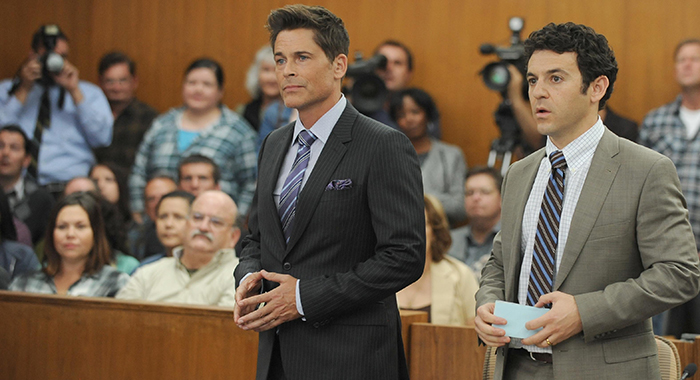 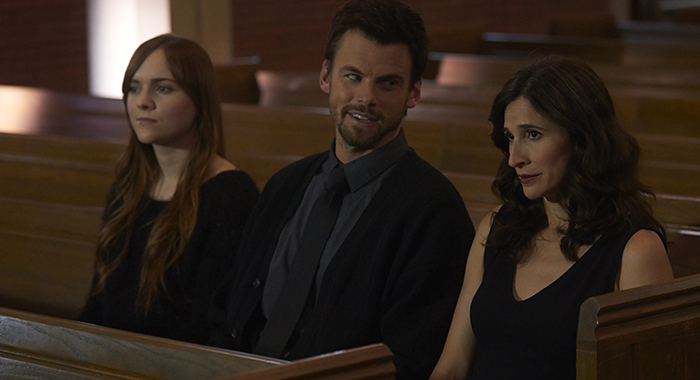 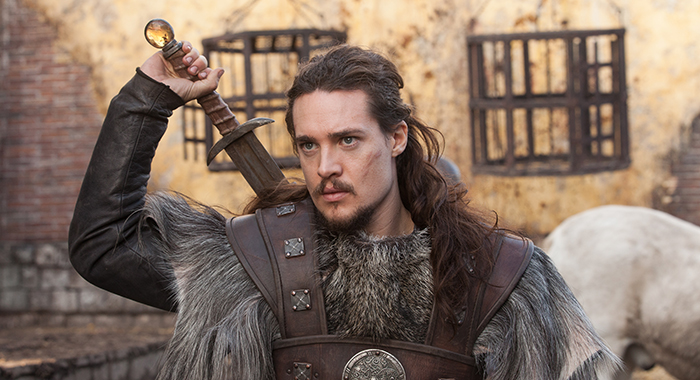 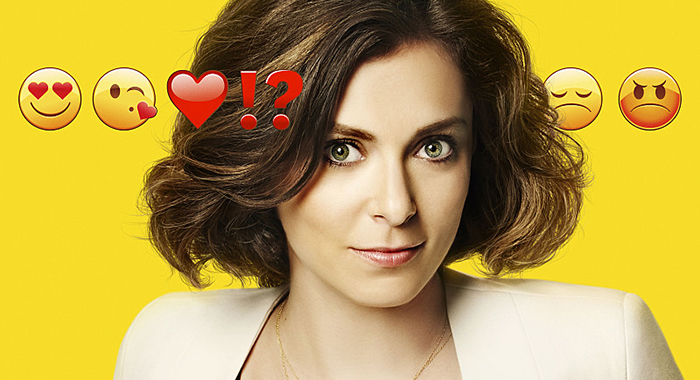 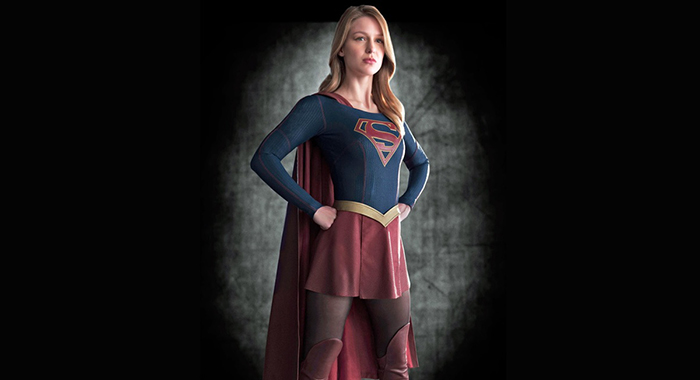 It’s time for our weekly Fall Premieres TV Review Countdown. Here are the best premieres for the week of Friday, Oct. 9. See how this week’s Fresh shows Casual, The Last Kingdom, and Red Oaks stack up against each other on the Tomatometer!

Stay up to date on these scores and more with our Fall TV coverage!