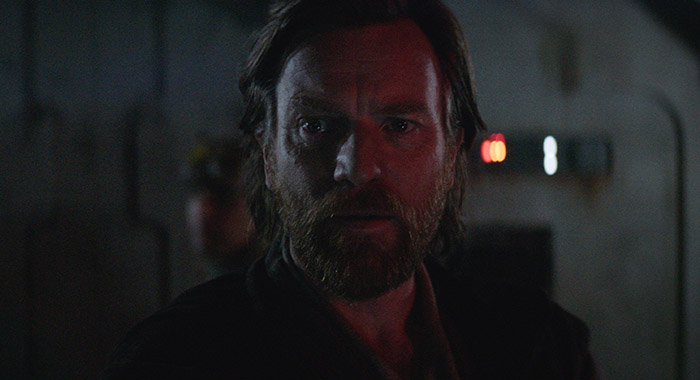 One of the appeals of a prequel series like Obi-Wan Kenobi is the way it can offer new depth to events, conversations, and encounters depicted in films like the original Star Wars. In Obi-Wan’s case, shedding new light on the interactions between Darth Vader (Hayden Christensen) and Ben (Ewan McGregor) before their final meeting on the Death Star. Some worried about it taking the emphasis off their duel on Mustafar (as seen in Star Wars: Episode III – Revenge of the Sith), while others hoped it would rework seeming discontinuities between Episodes III and IV — like nearly everything Ben says in the 1977 film — into something more streamlined and clear.

Did the series, then, illuminate the films or add to the confusion? With the finale now available, let’s take a look at how it informs the Skywalker Saga overall and, of course, what it may offer to Star Wars in the future.

Spoiler alert: The following discusses details from the plot of Obi-Wan Kenobi “Part VI.” Stop reading here if you wish to avoid spoilers. 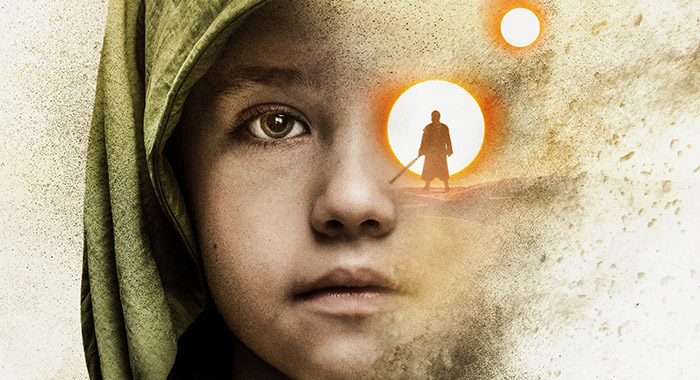 Perhaps the most successful expansion to the lore depicted in the series was establishing a relationship between Ben and Princess Leia Organa (Vivien Lyra Blair). Going back to the original Star Wars, there was always the dichotomy between her formal plea to Obi-Wan, as seen in the holo-recording Luke (Mark Hamill) discovers, and her reaction when he tells her Ben Kenobi is on the Death Star. For one thing, it was always assumed “Ben” was a name he only used on Tatooine — or, perhaps, the name he was born with before becoming a Jedi — and not necessarily something Leia or the Rebellion would recognize.

Then tension between what Leia (Carrie Fisher in the films) did or did not know was further compounded when the Sequel Trilogy revealed she named her son Ben. From the standpoint of those available live-action stories, it seemed strange that she would name him after a man she never really met.

Obi-Wan removes those issues by introducing the idea that they did, in fact, go on an adventure together. Now, her reaction in Star Wars makes more sense, as does her decision to name her child after him. Of course, we’ll admit a lot of its success comes down to the performances. McGregor’s effortless Obi-Wan and Blair distinguishing herself as a 10-year-old Leia is ultimately the dynamic the program soared upon. And, it’s probably no accident that it is the most satisfying of the show’s plots or that both character are now richer for the narrative exercise. In this respect, the series definitely added to the older films.

“The Circle Is Now Complete” 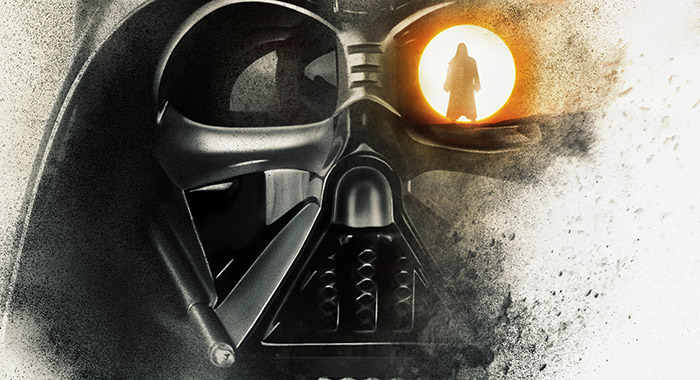 As we mentioned previously, a lot of criticism regarding the series prior to release centered on Vader’s versions of events in the original Star Wars. When he first realized Obi-Wan is on the battle station, he murmurs that he has not felt Obi-Wan’s presence “since …” When the two later meet near the hanger bay, he says when he left Obi-Wan, “I was but the learner, now I am the master.” Add in a comment to Grand Moff Tarkin (Peter Cushing) about the presence of his old master and you get the feeling Vader and Ben’s last encounter was the fiery fight which left the Sith Lord more machine than man. Subsequent media and even Revenge of the Sith made this interpretation more concrete and Obi-Wan, as a concept, lived in the space of Vader’s “since …” to justify its apparent breaking of established lore.

As it turns out, it is easy to re-evaluate Vader’s references as separate incidents. But Obi-Wan seems to resolve the mention of being “a learner” in Part V with Vader admitting he still had something to learn in regards to his need to win and Obi-Wan’s ability to use it as a distraction. Although, in light of the finale and subsequent events, we’ll argue that circle is not actually complete. Vader still needs to win their fight on the Death Star and Obi-Wan uses it effectively to distract his former pupil from noticing Luke and Leia.

It is an interesting way to resolve a potential break in the lore. It also changes the nature of Vader’s verbal sparring in the final Death Star duel. Instead of his boast being a truthful claim, Obi-Wan further underscores the blind spots in Vader’s thinking and, perhaps, the very notion that learning ever ends. Whether this was worth adding these two new encounters to the story is, of course, open to debate.

“The Good Man Who Was Your Father Was Destroyed” 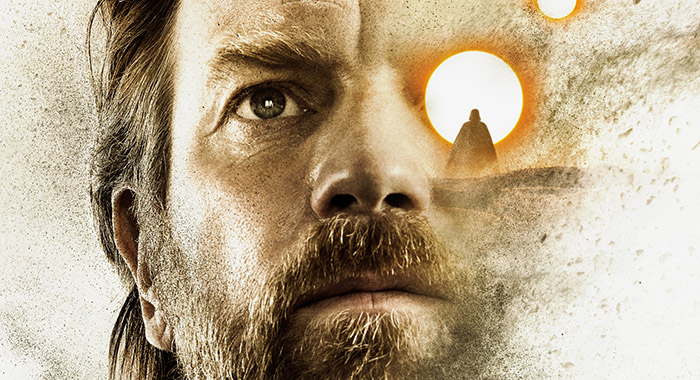 We like to take jabs at Obi-Wan for being a liar. He’s good at it. But one of the Obi-Wan finale’s most compelling moments comes when Vader himself claims he killed Anakin himself. And, as it happens, it reframes much of what Ben tells Luke about the Dark Times into something almost approaching the truth.

OK, sure, he still fibs a bit by implying Vader and Anakin were two separate people. When Luke calls him on it in Return of the Jedi, he still clings to the notion that Vader and Anakin are, in some way, different and separate. We’ll argue his penchant for dad jokes in Rogue One: A Star Wars Story and a continuing weakness for droids say otherwise, but we’ll also give Ben this much after the final episode of Obi-Wan: Vader left him no other option but to accept his friend was truly dead. 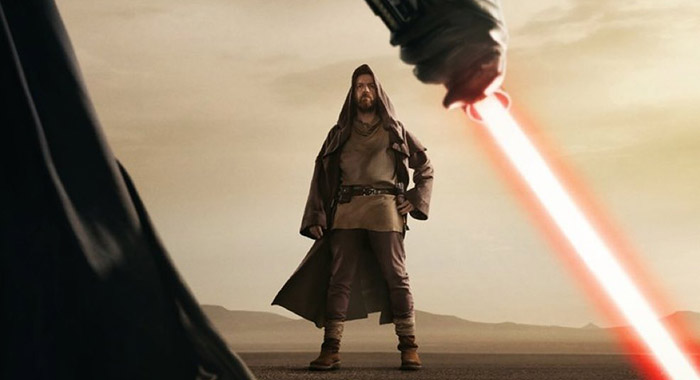 Although underplayed within the context of the story — it is more about Ben reconnecting to the Force and bonding with Leia, after all — it is a powerful shift in how the characters perceive things. As long as Vader or Ben still see recognize Anakin Skywalker as living, then his redemption is possible. But after their muted duel on that unnamed planet, both are now committed to the idea that Anakin is dead. That directly impacts how Ben and Yoda (Frank Oz) regard Luke’s training and Vader’s reaction to Luke when he acknowledges him as his father. Luke was able to redeem him, of course, but even up to that moment, Ben thought such a thing was impossible.

As it happens, that also re-contextualizes the meaning of Ben calling his former padawan “Darth” in the original film. At that time, it was just meant to be the character’s first name, but now, it is absolutely meant as a term of derision. Although, we freely admit that’s a charitable interpretation as Alec Guinness — playing Obi-Wan in the Original Trilogy — absolutely meant “Darth” as a first name.

Curiously, the tension between where Vader starts and Anakin ends has been baked into the character since Star Wars creator George Lucas decided in 1979 (or thereabouts) that Vader and Luke’s father were one-and-the-same. And though Obi-Wan may offer a definitive answer from Ben’s point of view, it is still possible to debate Anakin’s culpability in events — like the massacre at the Jedi Temple. And, perhaps, that ambiguity is for the better. 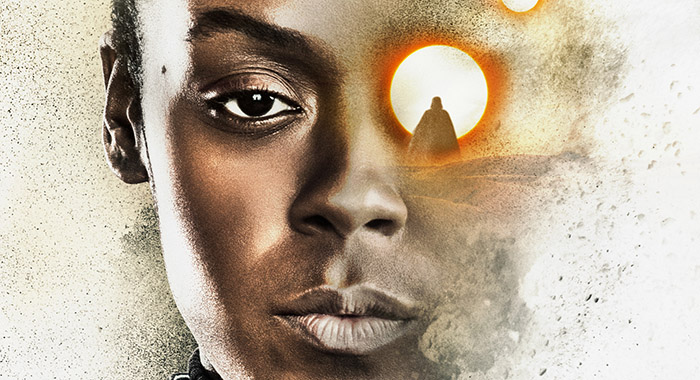 Meanwhile, the series also appears to offer a few new expansions beyond deepening the dynamics of direct players in the Skywalker Saga. Reva’s (Moses Ingram) ability to step back from her rage (by not murdering a child) suggests a possible longevity for the character in subsequent Star Wars outings. As the program always maintained, she was never fully Sith — even if her devotion to revenge could easily lead her to the Dark Side. Redemption was always a possibility and though we’ve only seen one step in that journey back to the light, her attempts to atone could lead in some compelling directions.

Similarly, Roken (O’Shea Jackson Jr.) seems poised to take on a role in either the Rebellion or the continuing effort to keep Force-sensitive children away from the Empire. We also imagine Haja (Kumail Nanjiani) would be along for this ride as he continues his own, quirky redemption. Of course, the sense that they will return comes, in part, from just how under-utilized they ended up throughout the series. Their stories are only hinted at, and if Star Wars loves anything, it is to take those glimpses of characters and spin them into exhaustive stories.

Which isn’t to say any of them will pop up on, say, Andor — we imagine that series already has enough to juggle — but there are many, many stories to tell in the galaxy and only so many actors in our world to center them around.

Or, maybe, their uncertain futures speak to a second season of Obi-Wan? 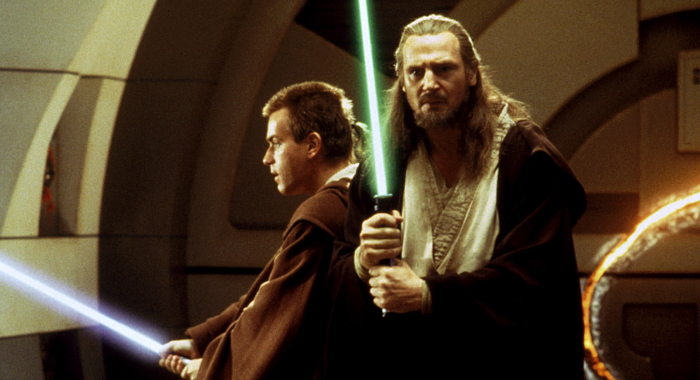 Qui-Gon Jinn (Liam Neeson, pictured above right with McGregor in Star Wars: Episode 1 — The Phantom Menace) shows up in the episode’s final moments to illustrate that Obi-Wan has conquered another step in his own Jedi training — or, at least, that whatever mental block had partially disconnected him from the Force had finally fallen away. Over in the Marvel Cinematic Universe, such an appearance in the program’s final moments would serve as a season 2 announcement. The deceased mentor’s comments, in particular, speak to another adventure. And while it is easy to dismiss that as evidence of Ben’s second apprenticeship under his old master — the one in which he learns how to defy death — it could also lead in some unexpected directions. Beyond a possible reunion with Roken, Haja, and Reva, consider these other plots left hanging:

• Vader tells Emperor Sheev Palpatine (Ian McDiarmid) that probes have been dispatched to pick up Ben’s trail. Since we know the search will be fruitless, did Vader give it up? Or did it lead to some other event which left the Sith Lord believing Obi-Wan would be no further threat? Also, Palpatine’s probing question about Vader’s commitment reintroduces some doubts about Anakin’s “death.” Granted, these ideas could just as easily lead to a limited series focused on Vader.

• In Part III, Ben tells Leia he has distant memories of a brother. This might be the most tantalizing of questions to leave in the air and, quite possibly, a way for Qui-Gon to further instruct his former apprentice. Tracking down Kenobi’s origins — according to accepted continuity, he was born to a human family on Stewjon and quickly taken for training by the Jedi — could offer the character greater depth. Alternatively, the search for the missing Kenobi sibling could lead right back to the Lars homestead. 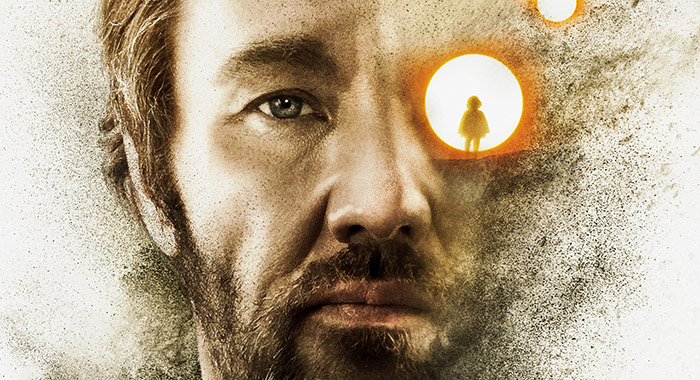 • During Return of the Jedi’s development, Owen Lars (Joel Edgerton in the limited series) was meant to be Obi-Wan’s brother. The idea survived several script revisions, but was cut from the final film. The idea entered public consciousness via that film’s novelization. Lucas finally dropped the idea in the Prequel Era when he made Owen and Anakin step-brothers, but there’s no guarantee the Lars family is in anyway native to Tatooine. Also, various Star Wars stories of more dubious canonicity saw Obi-Wan referring to his forgotten brother as “Owen.” Tying in this old Star Wars idea — and making Anakin and Obi-Wan brothers in yet another way — is a possibility, but there might be more value in going somewhere completely new with Ben and his lost sibling. And considering how he declares himself free, taking up another quest while Luke continues to grow up as “just a boy” seems like the best use of his time.

Or, perhaps, he and Qui-Gon can just spend the next decade building his new home on the other side of the Jundland Wastes.