The Walking Dead’s ‘Worth’ Best Moments: A Fight to the Death, a Vomit Defense, and the Gregory Hail Mary

Daryl and Rosita are outsmarted with a handful of walkers, some spew, and a pile of dust. 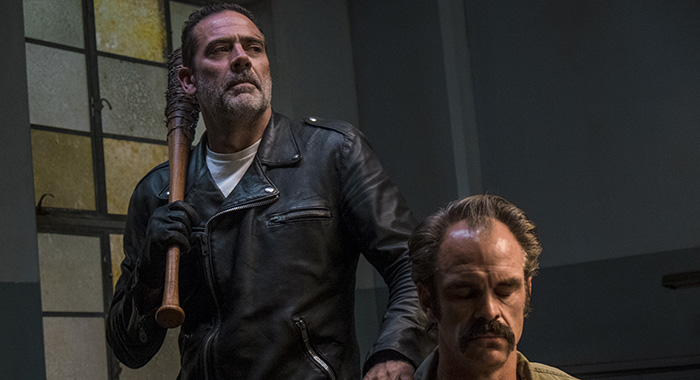 Heading into the season 8 finale, loyalties were put to the test in Sunday’s episode of The Walking Dead. Dwight (Austin Amelio) and Eugene (Josh McDermitt) — two sides of the same traitor-themed coin — show once and for all where their true allegiances lie. And while a trap has been laid for Hilltop, scrutiny falls on Aaron (Ross Marquand) and the Oceanside ladies. Will he finally get the group of women — who have lived in hiding during Negan’s reign — to join Hilltop in their fight for freedom?

SPOILER ALERT: THIS ARTICLE REVEALS DETAILS OF EPISODE 15 OF SEASON 8 OF THE WALKING DEAD.

Carl’s (Chandler Riggs) death has burrowed deep into the fabric of the back-half of the The Walking Dead‘s eighth season. “Worth” found Rick (Andrew Lincoln) and Negan (Jeffrey Dean Morgan) finally receiving the letters Carl left each of them, which was not only a compelling narrative component to the episode, but will surely pave the way for each side’s strategies moving into the finale. And with Negan back in his leadership spot, we see firsthand how the man resolves the internal conflict that has been brewing at the Sanctuary for some time. 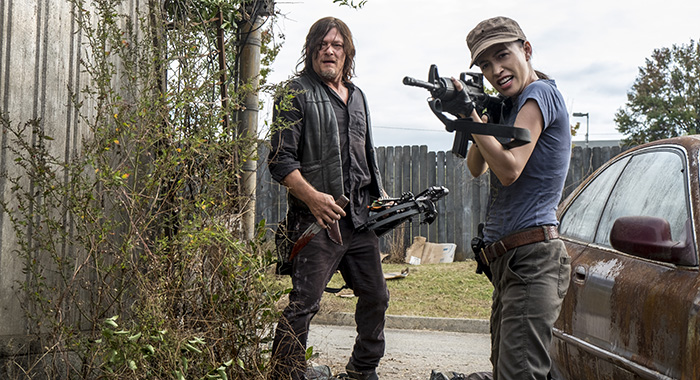 When Daryl (Norman Reedus) and Rosita (Christian Serratos) kidnapped Eugene, his bravado completely disappeared — especially in the face of the venom Rosita spat at her former travel companion. Any expectations of a heartfelt reunion were quickly smashed; she blames Eugene for the many deaths that have plagued Hilltop and channeled her rage into almost blowing the man’s head off. Sure, they took him for his bullet-making skills, but something tells us it won’t be long before Rosita gets some personal justice for Abraham (Michael Cudlitz) and all who have perished.

OUUU!!! I can’t wait for Rosita to get Eugene!! Pisses me off so bad bro…… #twd #thewalkingdead pic.twitter.com/r1eHwmd4xC

Throwback to “Hearts Still Beating” when Rosita shot at Negan and Eugene was captured! #TheWalkingDead pic.twitter.com/z63HGDhNOz 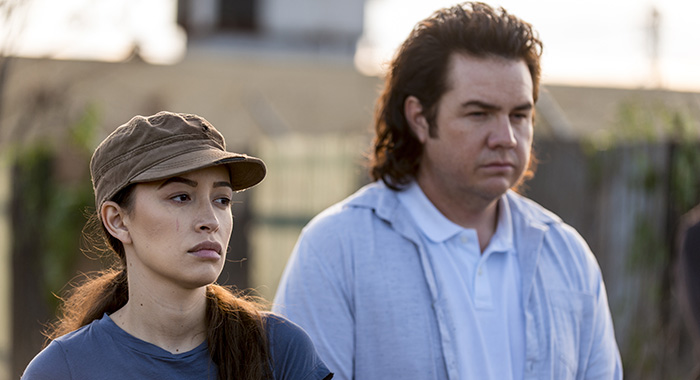 Eugene proved yet again that he’s as resourceful as a cockroach in a hurricane. Shoveling mounds of sardine-laden macaroni and cheese into his mouth had its purpose after all, and during a walker distraction, Eugene projectile vomited into Rosita’s face. When it comes to survival, like an animal in the wild, the traitor used some freshly digested dinner to get out of this dangerous situation. Sniveling, smart, cowardly, and resourceful — when all is said and done, Eugene may be the most “Negan” out of everyone at the Sanctuary.

Eugene puked on her he Deserves to die #TheWalkingDead pic.twitter.com/AQpuZBLqqq 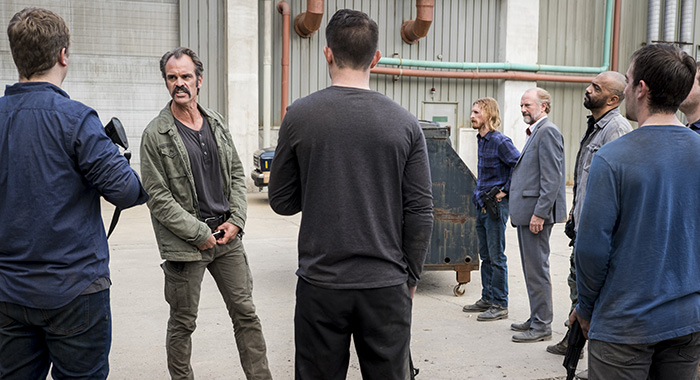 It’s been a long time coming and finally, Negan dealt with Simon (Steven Ogg). Early in the episode, he gave his homicidal right-hand man a pass, but that turned out to be a red herring. As Simon’s attempt at a coup came crashing down around him, he faced his former friend and leader in a battle to the death. Instead of taking Lucille to Simon’s face, the two went mano a mano in front of a packed crowd — ending with Negan choking the life out of the traitor. “To be the man, you’ve got to beat the man,” Negan said to Simon, before their bloody battle. Even in the zombie apocalypse, the epic words of wrestling legend Ric Flair lives on.

Negan after killing Simon in a fight to the death #TheWalkingDead pic.twitter.com/xXU008tV3C

Simon has finally left the show and tonight’s award goes to Negan with the choke out #TheWalkingDead #TalkingDead pic.twitter.com/l0XGlDGaYk 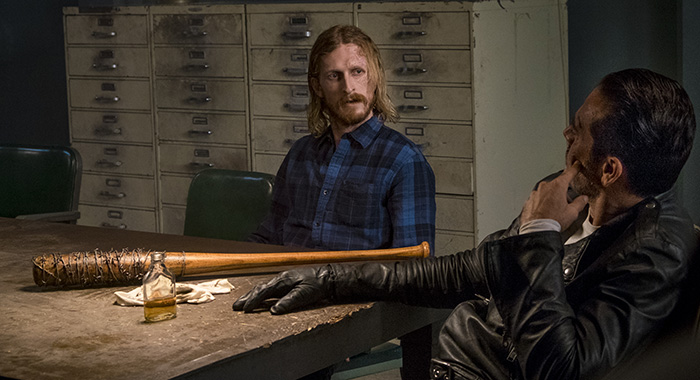 After Negan announced his new plan of attack — conveniently drawn out on a map for all to see — Dwight made his move by copying the details on a duplicate map, with the goal of getting the info to Rick. Of all the people for him to turn to, though, Gregory (Xander Berkeley) felt like a questionable choice. Time and again, Gregory has shown himself to be an opportunist. With turmoil existing within the Sanctuary, taking the details to Rick was probably his most logical move. Pulling this all off during the Negan-Simon battle was so sneaky, it was almost poetic. Almost.

Gregory during the Negan vs. Simon fight #TheWalkingDead pic.twitter.com/Bd1Hw6uGdQ

He gave the plans to Gregory?!?!? Gaaaadamn! #TheWalkingDead #TWD pic.twitter.com/r2LSTvprOJ

After killing Simon, Negan unexpectedly offered Dwight a promotion to be his second in command. But as we predicted last week, he had a trick up his sleeve: Laura (Lindsley Register) was the one he had picked up on the side of the road, and she was back for vengeance. Learning he had two huge traitors under his nose put Negan in a tricky position. But instead of killing Dwight, Negan may assign him a role worse than death. We can’t help but wonder: In the zombie apocalypse, what exactly is worse for a traitor than death?

Dwight every time Negan talks to him the episode #TheWalkingDead pic.twitter.com/P2UnEQtzno

Dwight handling all these different alliances like… #TheWalkingDead #TWD pic.twitter.com/QhFXo3Lsrl

Dwight after seeing who was in that room:
#TheWalkingDead pic.twitter.com/P7ibpid2hk