Fans of The Walking Dead are still mentally masticating the introduction of King Ezekiel (Khary Payton), his tiger Shiva, and the fairy tale–like existence within the Kingdom.

While some fans think Ezekiel and his backstory were a dope way to center the second episode of season 7, titled “The Well,” others grew tired of it rather quickly.

STOP HERE IF YOU HAVEN’T SEEN EPISODE 3, SEASON 7 OF THE WALKING DEAD

Which leads us to the beloved zombie drama’s third episode, “The Cell.” This week, viewers got to see what the zombie apocalypse looks like for Negan (Jeffrey Dean Morgan) and his minion Dwight (Austin Amelio). But in our heart of hearts, we know Andrew Lincoln (who stars as Rick) really just wanted a couple of weeks off, so fans got this installment. Don’t worry — Rick will be back next week with the main group.

Anyway, back to Negan and friends: Turns out, true survival in Negan’s Sanctuary is all about sandwiches. Negan cottons to Dwight now, so he gets fresh sandwiches made with mustard, pickles, tomatoes, and eggs. What is even more intriguing than this unappetizing combination of foods is all the conniving, observing, and stealing Dwight had to do in order to procure each ingredient.

Naked and tired of eating Purina Apocalypse Pockets, Daryl slowly goes insane upon first hearing the song. But over time, once he gets some clothes and a closer look at the walls outside his cell, the song doesn’t bother him as much. Viewers weren’t so lucky.

If I never hear that song again, it will be too soon. That would make anyone want to Lucille themselves. #TalkingDead #TWD

Second, The Walking Dead played that "Easy Street" song so many times it is now stuck in my head. Curses.

We later learn that Dwight is trying to break Daryl with Negan’s blessing and the song and the food are all part of his master plan — or is it? Because Daryl knows Dwight is rocking his vest and using his crossbow, but he doesn’t know Dwight is riding his hog, so perhaps this goes deeper for Dwight.

On one hand he’s trying to break Daryl and on the other hand, he just wants to be him — that or the other Dwight from The Office.

when someone says dwight is on the walking dead #TWD pic.twitter.com/EIIkeyFhx7

So the assistant (to) the sanctuary manager is named Dwight? #TWD

And who can blame Dwight? He kneels to Negan because, as he told the attempted escapee on the road, he doesn’t think there is any other way to survive. So Dwight would rather do horrible things, give up his wife to Negan and even take an iron to the face to be able to stay alive on the only winning team in this zombie-riddled world — at least as far as he knows.

every time i see dwight and his face on my television screen #TheWalkingDead #TWD pic.twitter.com/oB7LOXBWQb

Meanwhile, Daryl won’t break — not completely anyway. He takes a beating from Negan’s men, vomits, and finally has an emotional breakdown when Dwight tosses a photograph of Glenn’s (Steven Yeun) bloody remains into Daryl’s cell and turns on Roy Orbison’s “Crying.”

But Daryl still won’t call himself Negan and join the megalomaniac’s sycophantic ranks — and fans love Daryl for that. Others are worried about him.

Now that Dwight keeps seeing Daryl fight the good fight, one of two things is possible: He will either try and kill Daryl and turn him into a zombie the same way he did with that one dude from the road — so much for mercy — or he will join ranks with Daryl and try to escape again.

Negan did snatch his “hot” wife after all, and all he got in return was Who’s the Boss reruns. In the weeks to come, we will indeed find out who is in charge.

The fact that "who's the boss" is entertainment @ the sanctuary makes it terrifying enough without the reckless murder! #TWD #thewalkingdead

Speaking of Sherry (Christine Evangelista), fans don’t seem to like or trust her very much, which means little to no sympathy.

Dwight and Sherry I do not feel sorry for them at all. They made their bed now they have to lay in it #TWD

Just as Daryl told Dwight, he chose to stay alive because he was thinking of someone else, and that someone was Sherry. They saved each other’s lives by kowtowing to Negan. It’s the very same reason Daryl says he can’t kneel to Negan. But who is Daryl thinking of? Glenn out of guilt, or Carol out of love? Who? Who? Who?

"You were thinking of someone else. That’s why I can’t”
Daryl Dixon, The Cell
*Sobbing* #Thewalkingdead

Lastly, not only did most fans on Twitter hate seeing Daryl get tortured, but they still don’t know what to make of Negan, and that’s torturous in a different way.

I need to meet @JDMorgan and then I'll decide if I want to slap him or kiss him.. ?? @TheWalkingDead @AMCTalkingDead #TWD #FreshBuzz

Negan is like so many men, super hot until he starts talking #TheWalkingDead

The Walking Dead airs Sundays at 9 p.m. ET on AMC

A final thought: How terrifying is next week’s preview? Right?

Got a bigger bastard you’d like to nominate? Tell us in the comments section below. 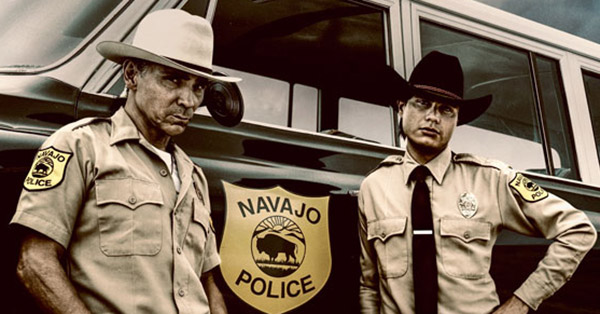