This week’s Ketchup brings you more headlines from the world of film development news, covering such titles as Fantastic Four and Fast X, as well as new projects for Woody Harrelson, Simu Liu, Blake Lively, Jason Momoa, and more. 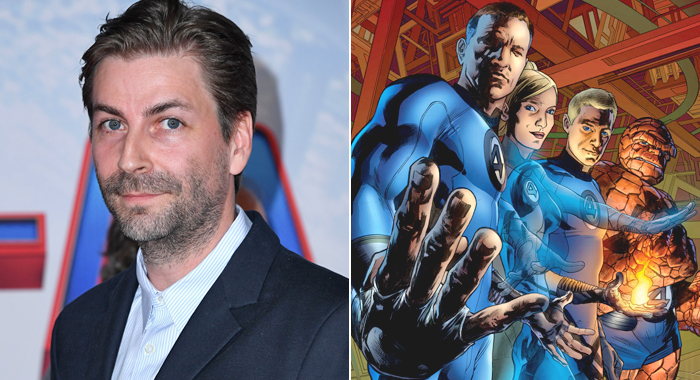 Nearly three years ago in 2019, following the completed acquisition of the 20th Century Fox film and TV rights by Disney, Kevin Feige of Marvel Studios confirmed official plans for a fifth (depending upon how you count them) feature film adaptation of the superheroes known as the Fantastic Four. That announcement was followed in late 2020 by the news that three-time MCU Spider-Man director Jon Watts would be helming that adaptation for Marvel Studios. Despite this relatively steady process through development, we haven’t heard much more about it since, but now we know why Fantastic Four hasn’t started filming or made any big casting announcements yet. After spending seven years working on the three Spider-Man films with Tom Holland (Certified Fresh at 92%, 90%, and 93%, respectively), Jon Watts is going to take a break from superhero movies and has withdrawn from directing Fantastic Four. The departure appears to be amicable, as Watts stated of Kevin Feige and Marvel Studios, “I’m hopeful we’ll work together again.” Marvel Studios is now on the hunt again for a replacement, with fans and pundits online suggesting people like John Krasinski (A Quiet Place), and Brad Bird, whose The Incredibles (Certified Fresh at 97%) was certainly inspired by the superhero family dynamic of Fantastic Four. This year’s San Diego Comic-Con is only about two months away, so that might be when we hear who has landed the Fantastic Four job, as well as possible official casting news for the team and/or the film’s villain(s). Fantastic Four does not yet have a release date.

Just last week, five-time Fast and the Furious franchise director Justin Lin made a surprising departure from Fast X after the sequel had already started filming. With an active set costing hundreds of thousands of collars (if not millions) a day, Universal Pictures was obviously under financial pressure to find a replacement quickly, and that’s exactly what they did. The new director of Fast X will be Louis Leterrier, whose filmography includes the Clash of the Titans remake (Rotten at 27%), Now You See Me (Rotten at 51%), and also for Universal, 2008’s The Incredible Hulk (Fresh at 67%). Leterrier just recently finished his work on the French Netflix action movie The Takedown and hadn’t signed on for his next film yet. It is not yet known if Louis Leterrier’s signing will also include the 11th (and seemingly final) Fast and the Furious film, which is expected to film back-to-back with Fast X, or if Universal is seeking another director for that project. As for why Justin Lin made the drastic decision to leave Fast X after filming had already started, a story by the Hollywood Reporter cited several contributing factors. Fast X, starring Vin Diesel, Brie Larson, Daniela Melchior, Jason Momoa, Michelle Rodriguez, Charlize Theron, and several franchise regulars, is currently scheduled for release by Universal Pictures on May 19, 2023.

A running theme almost every week nowadays in this column involves the sheer volume of actors who have appeared in a Marvel movie, especially if you expand that label to include the films distributed by Fox and Sony. One of the “hot packages” at the Cannes Film Market this month has three stars attached, and all three of them have appeared in Marvel movies (two of which were titular characters, even). Woody Harrelson (Carnage in Venom: Let There Be Carnage), Simu Liu (Shang-Chi in Shang-Chi and the Legend of the Ten Rings), and Djimon Hounsou (Korath the Pursuer in Guardians of the Galaxy) are teaming up for a fact-based thriller called Last Breath, based on the 2019 documentary of the same title. Harrelson will star as a real-life diver whose cord to the surface while diving in the North Sea broke with only five minutes of oxygen left, and Simu Liu will play the diver who goes down trying to save him. Last Breath will be the narrative feature film debut of director Alex Parkinson, who also co-directed the documentary.

Director and screenwriter Nicole Holofcener has been making her own brand of dialogue-driven and indie-flavored comedies for over 25 years now, starting in 1996 with Walking and Talking (Fresh at 88%), and including Lovely & Amazing (Certified Fresh at 86%), Friends with Money (Fresh at 72%), Please Give (Certified Fresh at 87%), and Enough Said (Certified Fresh at 95%), which co-starred Julia Louis-Dreyfus. Holofcener is now reuniting with Louis-Dreyfus for her next film, Beth & Don, in which she will star alongside Tobias Menzies (Edmure Tully from Game of Thrones and Prince Phillip in Seasons 3 and 4 of Netflix’s The Crown) as the two title characters. A24 has acquired the rights to Beth & Don, which will tell the story of a happy couple whose relationship hits a snag when the husband (Menzies) admits that he hasn’t liked his writer wife’s work for a very long time.

4. JOHN KRASINSKI FINDS A DIRECTOR FOR THE BIOPIC THE KING OF OIL

Almost four years ago, John Krasinski made the news for producing a biopic called The King of Oil, which at the time had Matt Damon in early discussions to star (Damon has apparently since dropped out). Despite that period of inactivity, the biopic about the international commodities trader, Glencore founder, and convicted felon (on 65 counts) Marc Rich, is still very much in active development. It’s not known if Krasinski was once considering directing, but the project now has Peter Landesman (Concussion, Kill the Messenger) attached instead. Marc Rich became an international fugitive who fled to Switzerland, but he was pardoned by President Bill Clinton in 2021 before eventually dying in Switzerland in 2013. It’s unknown who will take over the role of Marc Rich (perhaps John Krasinski himself?), now that Matt Damon has apparently moved on.

Following the success of Shaun of the Dead (Certified Fresh at 92%) and Hot Fuzz (Certified Fresh at 91%), director Edgar Wright next gave us the graphic novel adaptation Scott Pilgrim vs the World (Certified Fresh at 82%). Since directing that film, Wright also adapted the screenplay from another graphic novel/comic book by Bryan Lee O’Malley called Seconds. Still attached to Seconds as producer, Wright has instead hired actress Blake Lively (A Simple Favor, The Shallows) to make her feature film directorial debut with Seconds. First published in 2014, Seconds tells the story of a restaurant owner and chef who is granted the magical ability to alter reality, but as she over-uses the power, her choices threaten to unravel the fabrics of time and space. It’s not yet known if Lively plans on also co-starring as the lead character in the film.

6. ELIZABETH BANKS TO TAKE DRAMATIC TURN IN A MISTAKE

In addition to her career as a comedic actress, Elizabeth Banks has also shifted to directing with projects like Pitch Perfect 2 (Fresh at 65%) and next year’s Cocaine Bear (2/24/2023), featuring an ensemble cast that includes Alden Ehrenreich, O’Shea Jackson Jr, Ray Liotta, and Keri Russell. Banks will return to acting for her next film, but in a suspense-driven medical drama (as opposed to a comedy) called A Mistake. The project is being produced by a New Zealand company with a New Zealand director, Christine Jeffs (Sunshine Cleaning). Banks will play a gifted surgeon who becomes the focus of a controversy following a surgery that goes horribly wrong.

Writers have been lamenting the fall of the romantic comedy for years now, as they are made with far less frequency than they used to be. At the genre’s peak in the 1990s and 2000s, there were just a handful of actresses who were most successful doing them (including Julia Roberts, Sandra Bullock, Drew Barrymore, and Jennifer Lopez), but one of the earliest and most prolific was Meg Ryan, whose credits include When Harry Met Sally… (Certified Fresh at 91%), and a trio of films with Tom Hanks (Joe Versus the Volcano, Sleepless in Seattle, and You’ve Got Mail). Meg Ryan is now attached to star in and direct a romantic comedy called What Happens Next, opposite David Duchovny. What Happens Next is based on the play Shooting Star by playwright Steven Dietz, who also co-wrote the film adaptation. Ryan and Duchovny will play a pair of ex-lovers who are reunited by chance decades later while snowed in at an airport. In related news, another romantic comedy in the works is Maybe I Do, which also features a few rom-com veterans like Diane Keaton and Richard Gere, along with William H. Macy, Emma Roberts, and Susan Sarandon.

8. JASON MOMOA TO BE THE EXECUTIONER IN MURDER MYSTERY

Much like the Marvel Cinematic Universe, the Fast and the Furious franchise has had such a large ensemble cast of some of Hollywood’s biggest stars that its alumni frequently show up in columns like this one. This week, the Fast and the Furious franchise accounts for three of our 10 stories. The second such story may surprise some who hadn’t yet heard the news that Jason Momoa will be joining the franchise in Fast X, reportedly as one of (or possibly “the”) new villains. Momoa, who starred in Warner Bros.’ Aquaman and Justice League, will be reuniting with the studio for an “action murder mystery in the spirit of Knives Out meets The Lord of the Rings” called The Executioner, following “an intense bidding war.” Although the premise is being kept secret, we can guess from that LOTR reference that the screenplay by Eternals (Rotten at 47%) co-writers Kaz and Ryan Firpo might have some sort of fantasy element. The Executioner does not yet have a director, and Jason Momoa will be busy for much of 2022 with Fast X (and possibly the 11th film as well), so the film doesn’t yet have a filming start date either. Momoa’s next film, also for Warner Bros., will be the DC Comics sequel Aquaman and the Lost Kingdom (3/17/2023).

9. JASON STATHAM TO BE THE BEEKEEPER FOR SUICIDE SQUAD DIRECTOR

Following “The Slap” involving Will Smith and Chris Rock, one of the projects that has been canceled (although reportedly unrelated to that incident) was Netflix’s sequel to the 2017 fantasy action thriller Bright (Rotten at 27%). Although no start date for Bright 2 had been announced, that decision may have left an opening in the schedule of the first film’s director David Ayer, whose other films include, End of Watch and the first Suicide Squad, also starring Will Smith. Ayer is now attached to direct an action movie called The Beekeeper, starring Jason Statham, which is currently being shopped by Miramax at the Cannes Film Market. The screenplay was written by Kurt Wimmer, who has written or cowritten a fair number of remakes like The Thomas Crown Affair (Fresh at 70%), Total Recall (Rotten at 31%), Point Break (Rotten at 11%), and Children of the Corn, but The Beekeeper is an original concept. It is being described as an action thriller “steeped in the mythology of beekeeping” about “a man’s personal journey of vengeance which takes on national stakes after he is revealed to be a former operative of a powerful and clandestine organization known as the Beekeepers.” Miramax reportedly has hopes that the film might kick off a new action franchise for them.