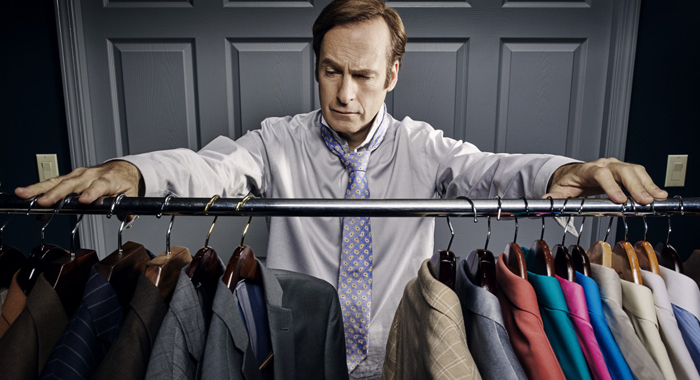 At one point early in its development, Better Call Saul was going to be a half-hour comedy, which is a strange notion. Maybe creators Vince Gilligan and Peter Gould feared they couldn’t catch lightning in a bottle twice with a Breaking Bad spinoff featuring Walter White’s shady attorney and consigliere Saul Goodman, played by Bob Odenkirk. Maybe they thought viewers would only want a season’s worth of Saul, if that.

Eventually Better Call Saul became an hour-long drama — a tragicomedy, in truth — which a melancholy character like Jimmy McGill merits. By the end of season one, we wanted to spend as much time as possible in Jimmy’s kooky, sad existence as possible.

The first two episodes of season two, which kicks off at 10pm Monday on AMC, feel more meticulously paced, which is a good thing. We know Jimmy is due to take a torturous slide into the moral tar pits where Saul operates, and we know he’ll end up hiding out in a Cinnabon purgatory in the Midwest. The second season continues to move the character toward his fate, even if it is a long time coming.

Read on for the list of forces that are moving nice guy Jimmy McGill and his eventual partner Mike Ehrmantraut (Jonathan Banks) toward Breaking Bad. (That is, if you’ve watched season one. If you haven’t, better call up Netflix before venturing any further.)

THE GHOST OF SLIPPIN’ JIMMY 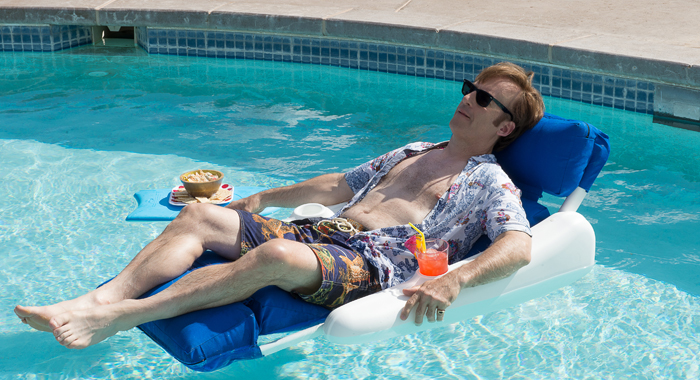 Barely eking out a career as a bumbling public defender in Albuquerque while operating out of a nail salon’s utility closet, Jimmy wore his defiance of his brother Chuck’s (Michael McKean) law partners at the high powered firm of Hamlin, Hamlin & McGill like a medal. Some of that rebelliousness is rooted in Jimmy’s con man past as Slippin’ Jimmy, a guy who preyed on easy marks at his favorite local dive in Cicero, Il. The first season finale took us into that world when a disillusioned Jimmy took a vacation back to the Midwest and reconnected with his old grifting buddy Marco (Mel Rodriguez).

Those scenes illustrated the exuberant thrills Jimmy left behind out of respect for Chuck.

Thus, when a revved-up Jimmy declares in so many words that he’s through doing the right thing, we get it. A part of us may even root for him. Jimmy so badly wants to be successful; more than that, he wants to be respected.  But that con artist’s spirit is what makes Saul Goodman so effective and entertaining.

What Saul doesn’t have is Kim Wexler (Rhea Seehorn), who may end up being a more stabilizing influence on old Jimmy than he had bargained for. As Jimmy rises to a new career level, we get to see more of Seehorn’s portrayal of Kim, a welcome development. 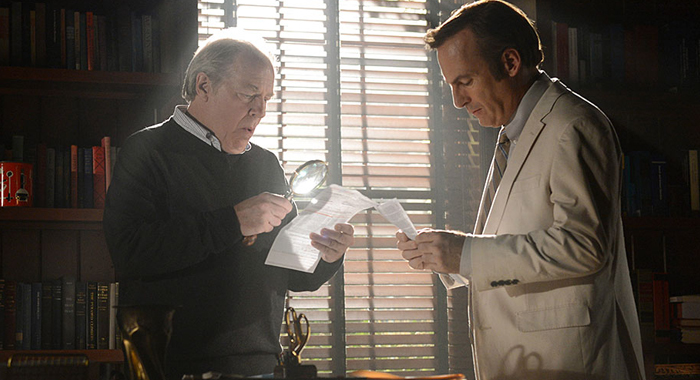 The whole universe seemed to be conspiring against Jimmy at times, and every forward lurch eventually pushed him down to the ground again. But at least he had Chuck’s support, and he repaid that by catering to his brother’s mysterious and likely delusional “electromagnetic hypersensitivity.”

Jimmy’s discovery that Chuck played a role in stalling his career, then, was heartbreaking, made infinitely more poignant by Odenkirk’s performance, as he movingly called upon a variety of emotional tones during the confrontation.

The revelation also marked a shift in Jimmy that pulls us into the new season, informing his attitude about the relative worth of doing the right thing. Because, as his faithless brother points out, Chuck worked his butt off to get where he is… which happens to be cowering under a mylar blanket in a dark house.

Still, Chuck’s view of Jimmy may be morphing from disdain masked by tolerance into a full-blown rivalry. No one gets under a person’s skin like family.

THE QUESTIONABLE SATISFACTION OF A HARD DAY’S WORK 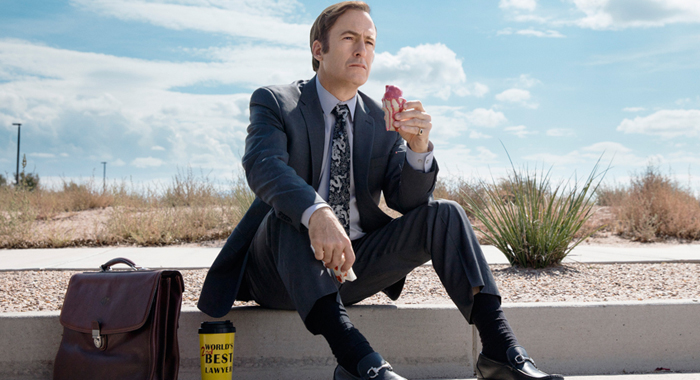 Chuck’s long-held view that Jimmy was little more than a clown lost its power when little brother found a case that turned into a multimillion dollar class action lawsuit. Jimmy laid the foundation for the suit using his intellect, pluck and willpower… and not a bit of hustling. And as the new season starts, that effort earns Jimmy a chance to gain the respect that’s long eluded him.

But what happens when a person appears to have gotten what he’s always desired, only to discover that the reality isn’t nearly as fun as the dream?

This is where Better Call Saul, like its predecessor Breaking Bad, starts to expand its uniqueness as a character study in this universe. Where Breaking was about Walter’s devolution into evil, Better Call Saul is shaping up to be a tale of integration that informs why we were so drawn to Saul Goodman’s nature, even as he facilitated the committing of some truly evil acts. Eventually Slippin’ Jimmy and Jimmy McGill, attorney at law, will meld into one personality.

THE CONCEPT OF BEING A GOOD GUY, AS WELL AS A GREAT CRIMINAL 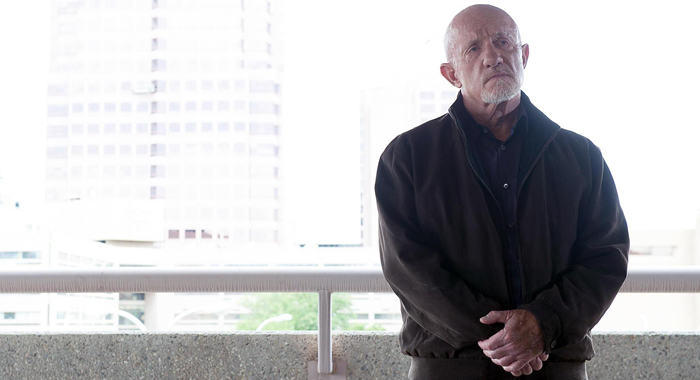 Along with delving into Jimmy’s past, Better Call Saul also gives us a deeper look at Mike, a taciturn fixer who wanted to complete the dirty work he was assigned with the least amount of muss possible. Exploring Mike as part of Saul’s universe is one of the most rewarding aspects of the show, as Gilligan and Gould added a depth and pathos to his character we didn’t get to see in Breaking Bad.

It’s simplistic to assign Mike the role of the devil on Jimmy’s shoulder, but he isn’t, not really. Rather, Mike has a way of drawing out Jimmy’s moral flexibility and using it for his own purposes, resulting in some tremendous comedy in the process.

He’s also crucial to the sculpting of Jimmy’s malleable moral code, serving as the show’s resident pragmatist as well as a mentor in the crime underworld. Mike also illustrates the fine difference between being a criminal and being evil, a key delineation in this world and one that assists that bond that we eventually develop with Saul.

The producers laid this out brilliantly in a speech Mike gave to a bumbling client during season one: “I’ve known good criminals and bad cops. Bad priests, honorable thieves. You can be on one side of the law or the other… You took something that wasn’t yours. And you sold it. You are now a criminal. Good one, bad one, that’s up to you.”

Season two of Better Call Saul is currently Fresh at 100 percent, and it premieres on Monday, Feb. 15 at 10 p.m. on AMC; read reviews here. 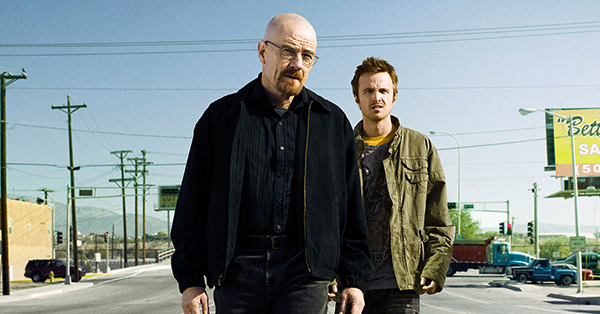 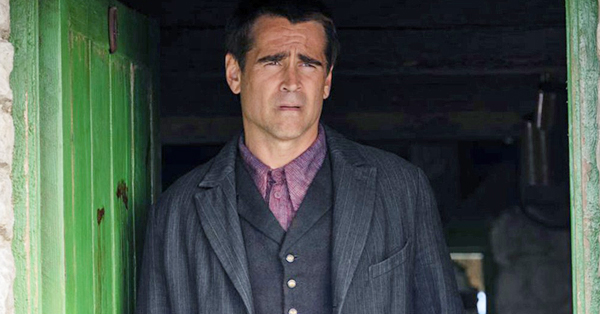 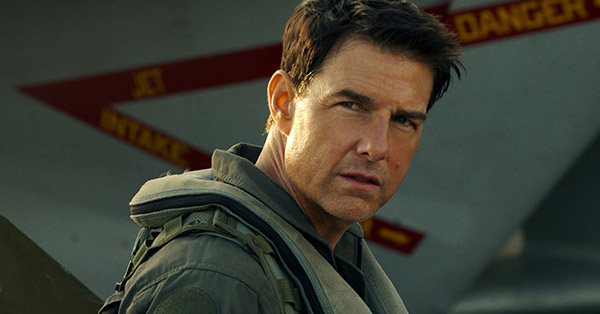