An early glimpse of the Demon Barber of Fleet Street.

Half the fun in any Tim Burton production is seeing pictures of the director’s visions come to life, especially when Johnny Depp is involved — and that’s why you’re excited that we’ve got pictures from December’s Burton/Depp reunion, Sweeney Todd!

Sweeney Todd, if you’re unfamiliar, is the latest adaptation of the classic Sondheim musical about a most unusual barber. From the synopsis:

JOHNNY DEPP and Tim Burton join forces again in a big-screen adaptation of Stephen Sondheim‘s award-winning musical thriller “Sweeney Todd: The Demon Barber of Fleet Street.” DEPP stars in the title role as a man unjustly sent to prison who vows revenge, not only for that cruel punishment, but for the devastating consequences of what happened to his wife and daughter. When he returns to reopen his barber shop, Sweeney Todd becomes the Demon Barber of Fleet Street who “shaved the faces of gentlemen who never thereafter were heard of again.” Joining Depp is HELENA BONHAM CARTER as Mrs. Lovett, Sweeney’s amorous accomplice, who creates diabolical meat pies. The cast also includes ALAN RICKMAN, who portrays the evil Judge Turpin, who sends Sweeney to prison, TIMOTHY SPALL as the Judge’s wicked associate Beadle Bamford and SACHA BARON COHEN as a rival barber, the flamboyant Signor Adolfo Pirelli.

The gallery is still in its infancy, but if you want to see more of the winter’s bloodiest musical, follow the link below! 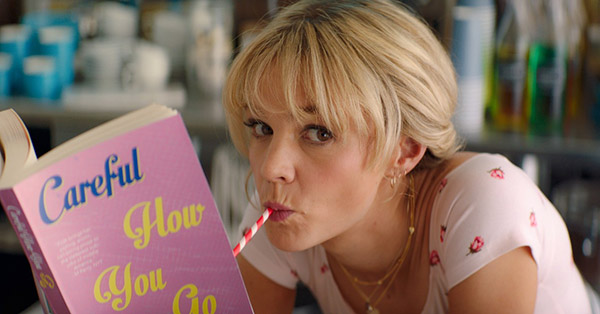