We talk fast-food with the cult director.

In Fast Food Nation Richard Linklater, cult director of Dazed and Confused wields his counter-culture values to side swipe the meat processing industry’s use of contaminated products, coupled with its exploitation of under-waged, Mexican immigrants. Based on Eric Schlosser’s international bestseller, rather than producing a documentary, Linklater cranked up controversy by fictionalizing the book into a character-driven feature film, starring Ethan Hawke, Greg Kinnear, and singer Avril Lavigne. Rotten Tomatoes UK met with the vegetarian Texan to find out what his beef is with slaughterhouse blues…

RT-UK: How did this project get off the ground?

Richard Linklater: It started with a conversation with Eric (Schlosser); I was a fan of the book and he mentioned making it fiction – you know, character based. I’d tried and failed to get films made about industrial low-paid workers before, so this was an opportunity.

I cared about the issues in the book, and thought it would be an interesting life experience. Eric introduced me to cattle ranchers and fast food workers and it just opened up my eyes; you think you know about something, but you don’t and there’s nothing like making a movie to really learn what it’s all about.

RL: Well I think by concentrating just on the characters we told the story through them. But it would be naïve to think that the implications of their stories wouldn’t be bigger on the socio-political platform. So you can’t help but look at this movie when it makes connections and see the bigger ramifications of a cheap, dispensable, quickly-consumed product purchase. I aim for hearts and for stomachs!

RT-UK: Do you feel Fast Food Nation has a direct link with Morgan Spurlock’s shock documentary Super Size Me?

RL: I think Fast Food Nation goes out of its way to concentrate on what’s behind the industry; Morgan Spurlock did a good job of what’s in front of it – the burger. But we were really trying to concentrate on the workers, the conditions, and to acknowledge all that.

But I had to think about like, ‘Well, are we just preaching to the choir? What do you hope to gain from the movie?’ Some of the people in our feature are some of the most demonised in our culture right now – a cut above terrorists. But the movie actually cares about them and humanises them. So I think films can do that well, and books and documentaries can more specifically change the world.

But just the fact that this film got financed and exists, that we’re even here, says there must be something in the air! People are really concerned about the contamination of food – we all have that in common. We care about the health of our food, but the bigger thing to care about is everything behind that: the workers, the environment and everything else.

RT-UK: So what would you say to people who believe that the low-waged eat fast food because it’s cheaper and more convenient?

RL: Yeah, it’s interesting; adverts are targeted at working class, lower income people. I think there’s a big segment of the world population that’s been convinced it’s all they can afford to eat, and that they don’t have time for anything else. I disagree with both because if you breakdown the economics of it you can feed a family for the same amount and they’d be much more healthy.

And the convenience thing – we’re encouraged to think we can watch four or five hours of TV every night but we’re also encouraged to think we don’t have time to prepare a meal! So it’s a huge brain-washing thing, but it’s just called marketing. That industry spends 10 billion dollars a year selling a mindset, a lifestyle, and people are waking up to the fact that there are healthy alternatives.

Rich people are generally pretty healthy – they eat fast food as a kind-of treat every now and then – an indulgence. Unfortunately it’s a real class issue very much targeting and marketing to the lower-income. If you look at cigarette marketing now, a generation later, it’s kinda going the same way.

RL: Well them sponsoring hospitals is frankly apropos! My own paranoia says the ideal citizen doesn’t think about anything, eats a bunch of fast food – so they hit you there, and then they hand you over to the medical industrial complex to treat your symptoms for the rest of your life! I mean there’s a huge obesity epidemic going on in all countries, here too. These are big issues; not only are teenagers’ arteries that of a 40-year-old who smokes, but their outlook and self-image are damaged. But if you’re in the pharmaceutical industry, a light goes on and it’s like, ‘Oh good, here’s someone who’ll be a lifetime buyer of anti-depressants!’

So I think you have to be really paranoid about food, and money, and the forces behind everything. You know, we’re encouraged to be paranoid about a lot of things that aren’t that real to us – ‘there are people out there who wanna kill us’. But there are people who want to kill you…and they’re in your schools already!

RT-UK: No prizes for guessing getting Fast Food Nation green lit was a struggle then?

RL: The film was tricky to get made; we didn’t use the name Fast Food Nation, we had to rely on a technique a friend of mine used many years ago… you have to lie and cheat and steal to get your film made, and so I wasn’t always proud of some of the manipulation that we did. Gaining access to meat processing facilities we knew would always be tricky on this production, but we got access to some plants by just emphasising the story – they liked the story of the immigrants and their plight – it’s a traditional immigration story.

RT-UK: Is it true you used the working title of Coyote to cover your tracks during the shoot?

RL: Yeah, but we got outed of course! It worked for us for a while but then everyone knew we were Fast Food Nation so we lost some locations. 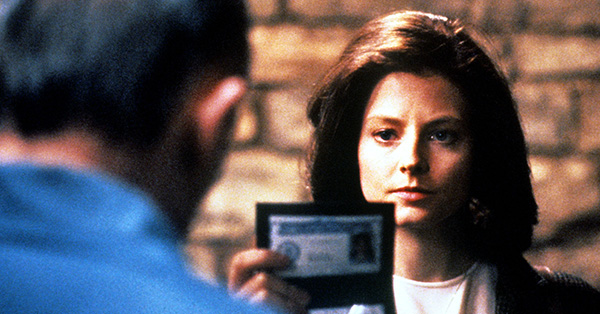 Clarice Starling TV Show in the Works at CBS