Djimon Hounsou’s career needs little introduction. Born in Benin, West Africa, he moved to Paris at the age of 13 and began a career as a male model. He first rose to international prominence, though, with roles in Stargate, Amistad and Gladiator, his performance in 2002’s In America earning him plaudits from all corners of the media.

That role nabbed him an Oscar nomination. His role in Blood Diamond has gained him another, and Rotten Tomatoes UK is introduced to Hounsou on the day of that nomination. As he waited for the news we sat down with him to talk Africa, the illegal trade in conflict diamonds and Edward Zwick.

RT-UK: Was that a real diamond you were using in those scenes where your character finds it?

Djimon Hounsou: [Laughs] No! Are you kidding me? You think I’d be here?! [Laughs] It’s like putting a piece of fish on a table and asking a cat to look after it for you – you don’t do it!

RT-UK: Can you imagine what it’d be like to be in that situation?

DH: I can somewhat imagine but, joking aside, we were making a film that had so much to do with the greed of mankind so it wouldn’t be wise to do it with a stone like that because you’re putting your life in danger. Making this film involved so many people and so many entities that, you know, eventually somebody could get the wrong idea.

RT-UK: Having been away from Africa for so long, is there a certain part of you that did think, “This is Africa,” when you came back to shoot this movie?

DH: Of course, I had teary eyes before we even started shooting. I always hope for the better for the continent and what I know comes from Africa. Living in the West we feel like we’re so removed from the continent that we can somewhat shut off. And the news doesn’t necessarily help shine light on some of the issues that the continent is facing on a daily basis so it was harsh at times; I was all over the place emotionally.

RT-UK: Can you tell us about your relationship with Kagiso, who played your on-screen son? Did you shoot the emotional stuff at the end at the beginning of shooting?

DH: We did because of the location. We started the film in South Africa but a lot of it was taking place in Mozambique which was where my village, Solomon’s village is. So we had to shoot that in South Africa and that was pretty early in filming. I mean, needless to say, it was very difficult to do that and I certainly wanted to make Kagiso quite comfortable and having so many people around… to try and do that scene and tap into the emotions necessary for that particular scene it was very, very challenging to do.

RT-UK: How did you manage to get close to him?

DH: Well he’s a kid, you know. He loves to play, like any kid, and I was once a kid as well so… I spent a lot of time dining with him and just being playful. Not really having to talk about the scenes, necessarily, it was just about making him comfortable around me in a way that is playful in a way that could be about brothers or, indeed, father and son playing together. It wasn’t about going into the scenes at first. I think that did it, essentially, but either way it was a very difficult scene to do. 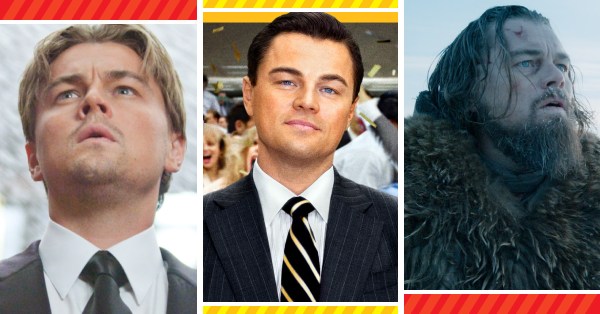 The Path Season 2, Rosemary’s Baby, and More Available to Stream This Week