RT on DVD: Ratatouille, Sicko, and Colbert Are Served!

Plus, what the heck is the Flight of the Conchords??

Pixar rules the roost this week, as Ratatouille rises to the top of our must-have DVDs. But November is the time for getting all political — a perfect time for Michael Moore‘s latest polemic (Sicko) as well as highlights from Comedy Central’s favorite right-leaning pundit (The Best of the Colbert Report). And what’s the deal with that folky alt-pop duo from New Zealand (
Flight of the Conchords)?

You could do much worse this week than pick up Pixar’s latest crowd-pleasing tale, about a foodie rat with culinary ambitions; with a 97 percent Tomatometer rating, Ratatouille is the year’s best-reviewed wide release of the year so far! This animated offering had critics and moviegoers raving for its well-balanced combination of story, visuals, and slapstick — but we always knew the Pixar crew were on top of their game (see more Pixar offerings below). Extra features include an interview with director Brad Bird and top chef Thomas Keller, deleted scenes, the animated short Lifted, and more.

Say what you will about Michael Moore‘s politics (and his filmmaking methods), but the man knows how to craft an argument. This is especially true when it comes to the national healthcare system, which is the focus of his lens in his latest documentary, Sicko. In talking to American citizens with a wide array of complaints directed at our nation’s for-profit health care providers, Moore taps into empathy for the suffering that transcends party lines, with healthy doses of comic irony sprinkled throughout. A wealth of bonus featurettes and interviews accompanying the feature provide supplementary material to shock you into thinking a little bit harder about where your HMO dollars are going.

Tomatometer: 87%Captain EO!), you’re in for a treat…kinda. Although you won’t be able to get the full IMAX 3D effect of the theatrical version in the comfort of your own home — not to mention the awesomeness of seeing space in three dimensions — just let the magic of Tom Hanks‘ soothing narration transport you to another planet in this Moon-stravaganza, a cinematic journey that recreates the experience of traveling to and landing on our closest galactic neighbor!


The Best of the Colbert Report

Stephen Colbert for President supporters may have suffered a major blow this week when South Carolina Democrats nixed the cable news anchor’s bid for office, but there’s a silver lining to be found in this time of political controversy: a Colbert Report DVD highlighting the best of the hard-hitting pundit’s most hard-hitting news segments! Although it’s only one disc of material, that one disc is packed with such popular fare as The Word, Tip of the Hat/Wag of the Finger, and Meta-Free-Phor-All, plus the famed appearance of Colbert‘s own “Papa Bear,” Bill O’Reilly.

Blame it on Fidel
Tomatometer: 93%

Nine-year-old Anna (played by the astonishingly astute Nina Kervel) lives a charmed bourgeois life with her family in 1970s Paris — that is, until her parents become radical activists and turn her cushy home life upside down. Director Julie Gavras (daughter of Costa-Gavras) makes an impressive feature debut with this French-language charmer.

Balance your viewing of Sicko this week with the anti-Michael Moore film, from two Canadian documentarians (and former Moore enthusiasts) who dissect the controversial filmmaker’s storytelling tactics.

Flight of the Conchords
Tomatometer: N/A

If you’re late arriving to the Flight of the Conchords train, now’s the time to hop aboard. The New Zealand folk-digi-pop duo of Bret Mackenzie and Jermaine Clement brought their brand of music-fueled hipster comedy to American television in HBO’s summer schedule, and now you can watch the first season on DVD!

Animation enthusiasts should make a beeline for this release, a collection of various Pixar-crafted shorts, from 1984’s The Adventures of Andre and Wally B. to 2006’s alien abduction story, Lifted.

Knowing is Half the Battle

I Now Pronounce You Chuck and Larry
Tomatometer: 13%

The two Fresh films in Adam Sandler‘s filmography are also, coincidentally, his only attempts at serious human drama; I Now Pronounce You Chuck and Larry, an arguably offensive stab at comedy about firefighters faking a homosexual relationship, is not one of them.

One wonders why it took so long for last year’s insufferable Christmas comedy to hit DVD shelves; were the folks behind the Danny DeVito–Matthew Broderick bomb hoping that a full year’s wait would make audiences forget?

Until next week, we leave you with the following Flight of the Conchords offering: 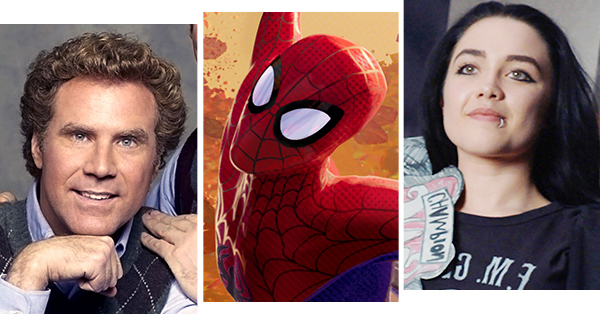