The star of Frozen River talks about finding the perfect role.

Veteran character actress Melissa Leo may not be a household name, but with more than 70 film and television roles to her credit, she’s built an impressive resume of supporting roles. With Frozen River, Leo has hit the big time, snagging a Best Acress Oscar nomination for her lead performance.

In Frozen River (out this week on DVD), Leo plays Ray, a financially insecure woman that finds herself in dire straits after her gambling-addicted husband has run off with a substantial amount of the family’s capital. With two boys to feed, things look bad for Ray, until she finds herself a lucrative (if illicit) gig: transporting illegal workers into the U.S. through Native American land with the help of the equally desperate Lila (Misty Upham) — who has a troubled family life of her own.

Though Frozen River may not sound like a blissful night of escapist cinema, keen observations about the lives of its blue collar characters are especially timely in this new era of economic crisis (writer/director Courtney Hunt is herself up for an Oscar for Best Original Screenplay). And at the center of Frozen River is Leo, whose performance as a woman on the brink was too powerful for the Academy to ignore. We spoke with Leo about her experiences on Frozen River, her search for good roles, and her chances on Oscar night.

Rotten Tomatoes: Frozen River is a pretty grim film, but times are pretty grim right now. Do you think, given the current economic climate, there are going to be more personal or intimate stories like this film?

Melissa Leo: First of all, I want to make sure that we make very clear that Frozen River is anything but a grim film. It’s got some grim subject matter, and people living below the poverty line isn’t exactly fodder for happy stuff. But it is not a grim film. I think it is a truthful and a blatantly honest film, and do I think people want truth in their films? Yes. Absolutely. I think they’ve always wanted it. I think when they fired me from Homicide years ago because I was too real, that the people missed me!

ML: I live in what New York City people would call upstate New York. And I lived in Southeastern Vermont growing up.

Did this film feel true to you, given that you’ve lived in places that share similarities with the setting of Frozen River?

ML: Yes, very, very much so. And I think having gone to school with many kids who grew up in a trailer, and visiting them there in the cold winter afternoons, and keeping our parkas on while we played inside… There was definitely a lot of information that came from that came with me and my life in Ulster County, which is a very diverse — economically speaking — area. Also, I lived many years ago out in Oklahoma, and for some of that time I lived on reservation land in some Caucasian people’s house that they rented from the rez. I saw, side by side, Indians and whites.

Next: Leo talks about inhabiting a character and her chances on Oscar night 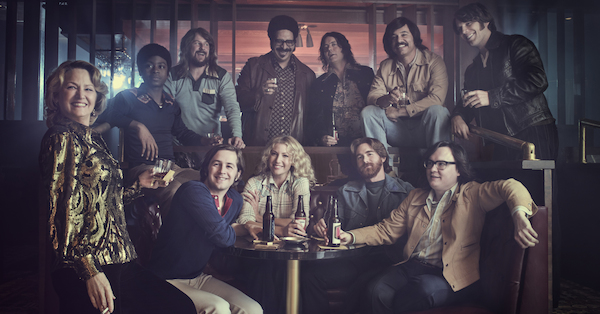