RT Interview: David Duchovny on The X-Files, Californication and Directing

The multi-hyphenate on taking on Mulder one more time.

David Duchovny started playing Special Agent Fox Mulder in The X-Files in 1993. Together with Gillian Anderson as Agent Scully, the duo explored paranormal phenomenon on a weekly basis for nine seasons and a feature film, entertaining audiences the world over and turning the show into a cultural phenomenon.

It’s been six years since we last saw Mulder and Scully together on screen, and with the release of The X-Files: I Want to Believe, David Duchovny sits down to tell us what the agents have been up to in the interrim and tease us on the next season of his other hit show, Californication.

How important were the fans in shaping this project?

I don’t think in shaping it. I think in the ability to get it done in a business sense. I think that Fox would probably look at what the gift of the fan base is in order to make this movie. We didn’t make the movie just for fans, we tried to make a movie that would stand alone and be understandable and enjoyable to fans and non-fans alike, so its really a question of Chris Carter and Frank Spotnitz and how they conceive of a story that might reach out and satisfy the fans at the same time as reaching out to new people.

Did the transition back into playing Mulder happen easily?

Yeah, it did. I would think that it always will. We’ve spent so much time doing it, and have so many days and hours under our belts, that we know how to do it. And we might be a little rusty at times but there’s a baseline of competence and understanding in the characters that we’ll always have.

What was the most important thing you knew you had to get right if you were going to revisit this character?

I didn’t want to do an imitation of something I started in 1993. I don’t think I’d be capable of playing that character the same way. He’s not a comic book character, he’s not James Bond or Indiana Jones, he is supposed to change like a human being changes.

The decision was made by Chris and Frank to pick up the story six years after the show had ended, so six years had passed for Mulder as well. That became a very interesting thing for me to try to play: What has the six years done? And what has fifteen years done to this guy? So I didn’t have to try to figure out what it was I was doing in 1993.

These characters are very different from the people we saw in the series. They’re in a completely different place now. How did that change your approach on a day to day basis?

These were all kind of instinctual and unconscious choices motivated by feel and trust.

Especially for a guy like Mulder – it’s not good for him not to work, and although he’s trying his best when we see him, it takes a certain kind of life out of him. So for me there was an arc to explore, as he got more involved in his true passion, and then you know there is a sacrifice to be made at the end of the movie, and i think it’s a very romantic one.

The movie doesn’t revisit the show’s mythology. Was that, at all, a decision made to allow more time with the characters and their development?

You know you can’t just assume that even fans are going to remember, all of those details. I don’t remember. I wouldn’t assume that anybody else did either. I mean I’m sure there’s a handful, but you want to reach out.

You’re one of very few actors who can claim one successful American TV show, let alone two. What can we expect from the second season of Californication?

More of the same, you know, I think we struck a really interesting tone with that show, which was partly crass, partly very smart and partly very sentimental, and I can’t think of how we pulled that off. It’s really a testament to Tom Kapinos who’s the showrunner. I think its a very unique kind of show.

It’s a certain magic that you can’t easily write.

Yeah, and I think we did it again this year. I think we now understand what we’re doing. At first, when we did the first twelve, you’re just finding your way, and there’s a certain kind of energy to that. It’s just great and it can work. But we just finished this season on Wednesday, and I think we knew better what we were doing in terms of this show, and I think we just get better. I got one of my co-stars from the X-Files movie, Callum Rennie, to guest star in ten out of the twelve episodes, as a legendary record producer. He’s a really good actor.

What do you think Fox Mulder and Hank Moody would make of each other?

I don’t know, I guess they’d be really surprised at how similar they look! I think Mulder would say “It’s like looking in the mirror, look at you.”

That’s all I can do for you, sorry!

Are we going to see any more of you as a director?

I’d love to direct more. I had a great, great time doing that; I think I’ve been happier doing that than almost anything I’ve ever done. If that’s any indication of what you should be doing with your life – your happiness when you’re doing that – then I should. I directed the season opener of Californication, but I would like to do another movie, it’s just a matter of finding the time. 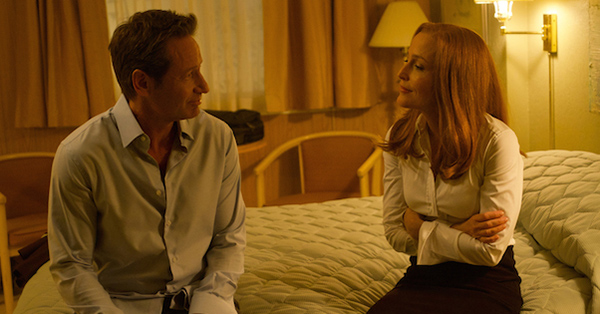 X-Files Stars Gillian Anderson, David Duchovny on Final Season, Including That Episode With Almost No Dialogue 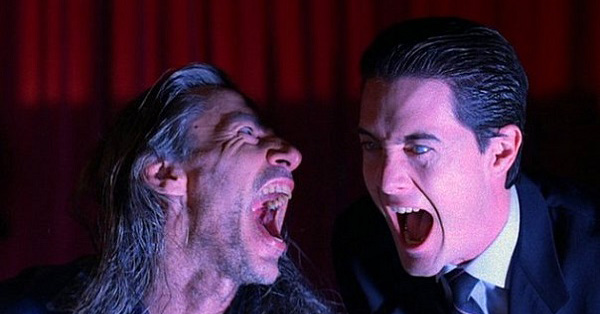