In this week's Total Recall, we count down the best-reviewed work of the Sin City: A Dame to Kill For director.

Since breaking into Hollywood in 1992 with his low-budget masterpiece El Mariachi, Robert Rodriguez has done it all — and not only in terms of his eclectic filmography, which includes action, sci-fi, horror, comedy, and family-friendly thrills. He’s also one of the most hands-on filmmakers in the studio system, assuming editing, composing, and cinematography duties on top of directing, writing, and production. Given all that, we felt it was only right that we honor Rodriguez’s work on the long-awaited Sin City sequel A Dame to Kill For by taking a look back at some of the brightest critical highlights from his career. It’s time for Total Recall! 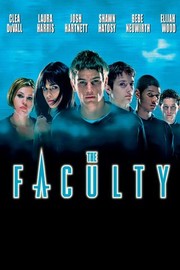 With Robert Rodriguez behind the cameras and a script from Scream‘s Kevin Williamson about a high school faculty taken over by alien parasites — not to mention an attractive cast that included Jordana Brewster, Josh Hartnett, Salma Hayek, and Famke Janssen — 1998’s The Faculty should have been an instant genre classic. Alas, the movie sort of sputtered out at the box office, where it earned a mere $40 million, and a sizable percentage of critics found it lacking. But the Austin Chronicle’s Marc Savlov was entertained: “No one around these days edits with such sublime accuracy as Rodriguez. A master of the smash-cut, The Faculty is overflowing with the director’s ‘I’ll try anything once’ spirit, and that’s what makes the film such witty, freaky fun.” 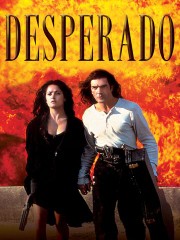 El Mariachi (Antonio Banderas) returned — with a beefed-up budget — in this 1995 sequel, which finds the guitar (and gun)-toting vigilante on a mission to purge Mexico of its drug lords. But Desperado isn’t just a Nancy Reagan pipe dream — it’s also a taut and bloody (albeit somewhat uneven) tale of love, loss, and deeply satisfying revenge. Jeanne Aufmuth of the Palo Alto Weekly approved, calling it “A zesty action thriller that recycles the best of the B genres and rolls them into a big-budget, pistol-packing extravaganza that in its best moments leaves you breathless with wonder.”

Rodriguez picked up a Tarantino script for 1996’s From Dusk Till Dawn, a gonzo action thriller/horror hybrid about a pair of ne’er-do-well brothers (played by Tarantino and George Clooney) who flee to Mexico after a bloody bank robbery, only to end up at a strip club where the staff, the bartender, and the star dancer (Salma Hayek) are — hey, guess what? — vampires. An unusual blend, to be certain, and one that wasn’t to everyone’s liking — but it proved irresistible to critics like Phil Villarreal of the Arizona Daily Star, who called it “Like a Cheesecake Blizzard: It’s a pulpy mess loaded with empty calories, but it’s so divine that once you start, you can’t help but shovel it into your mouth until the last drop, brain freeze and diet be damned.” 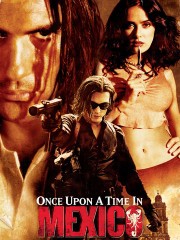 Rodriguez concluded his Mariachi Trilogy on a high note with Once Upon a Time in Mexico, adding an assortment of big names (including Johnny Depp, Mickey Rourke, and Willem Dafoe) and a tangle of subplots to match. Though some critics felt Mexico‘s storyline crowded the Mariachi (Antonio Banderas) to the margins, the movie ultimately made almost $100 million at the box office — and the admiration of critics like Peter Hartlaub of the San Francisco Chronicle, who argued, “Despite the movie’s dark humor, violence and the occasional nonvoluntary facial surgery that will drive away the queasy, Once Upon a Time in Mexico is the most crowd-pleasing film in the series.” 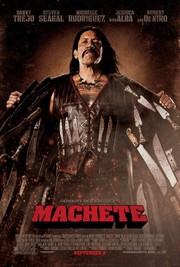 You know, it isn’t supposed to work this way. Characters who get their own explosively violent movies generally don’t come to life as bit players in silly kiddie flicks, then star in fake movie trailers — but Machete (Danny Trejo) doesn’t play by the rules. Aided by an eclectic cast of talented character actors (led by Trejo, of course, along with Don Johnson, Cheech Marin, Jeff Fahey, and Michelle Rodriguez), soaked in the nasty Grindhouse vibe, and blessed with inspired, albeit brief, appearances from Robert De Niro and Steven Seagal, Machete gave fans just about everything they’d been asking for. “It’s a movie that just wants to have fun,” wrote the Washington Post’s Michael O’Sullivan. “To a large degree, it succeeds.” 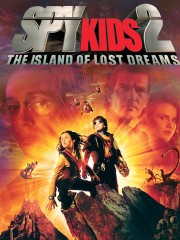 Is it a (probably unnecessary) sequel to a goofy kids’ movie? Yes. But Spy Kids 2: The Island of Lost Dreams has so much going for it — including a stellar supporting cast that included Ricardo Montalban, Antonio Banderas, Carla Gugino, Tony Shalhoub, Danny Trejo, and, as a mad scientist who genetically engineers teeny-tiny animals and an army of flying pigs, Steve Buscemi. While plenty of critics scoffed at — or were, at the very least, sadly perplexed by — Rodriguez’s decision to release back-to-back family films, the sequel earned nearly $120 million at the box office and earned praise from scribes such as Roger Ebert, who argued, “With Spy Kids 2: The Island of Lost Dreams, the Spy Kids franchise establishes itself as a durable part of the movie landscape: a James Bond series for kids.” 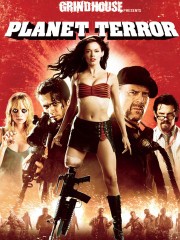 Rodriguez’s half of the Grindhouse double feature found him at his most gleefully bloodthirsty, delving into the zombie genre with loads of gory style and a rock-solid cast that ran the gamut from superstars (Bruce Willis!) to wizened B-movie vets (Jeff Fahey!) Also: Fergie from the Black Eyed Peas gets her brains eaten, and Rose McGowan plays a go-go dancer with a machine gun for a leg. What else can a film fan ask for? Nothing, according to David Edwards of the Daily Mirror, who pronounced it “Insanely violent, ludicrously gory and probably as much fun as you’ll have in a cinema this year.” 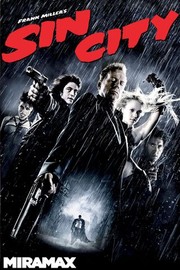 Put together Robert Rodriguez and Frank Miller (plus special guest director Quentin Tarantino, who took the reins for one scene), and what do you have? The great big mess o’ pulpy noir action known as Sin City. Adapted from Miller’s comic series, City blended cutting-edge digital backlot technology with gritty, gleefully violent imagery and a marquee cast that included Bruce Willis, Jessica Alba, Elijah Wood, Clive Owen, Benicio del Toro, and Mickey Rourke. It certainly wasn’t a combination for everyone — the movie provoked accusations of misogyny, and some critics found it an exercise in style over substance — but even a few scribes predisposed to dislike this kind of thing were won over in the end, like the New York Observer’s Andrew Sarris, who admitted, “In the end, I have to say I liked Sin City almost in spite of myself.” 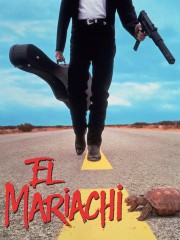 Made for the astonishingly low sum of $7,000, Rodriguez’s debut overshot its intended audience — the Mexican home video market — and became one of the great success stories of modern independent cinema in the process. At bottom, El Mariachi is really just another movie about vengeance, mistaken identity, guns, and a guy named Booger, but hey — when you can use familiar ingredients with this much flair, why get fancy? “It goes without saying,” prophesied the New York Times’ Janet Maslin, “that Mr. Rodriguez, having made such a clever and inventive debut, is prepared for a big future of his own.” 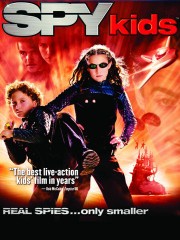 Spy Kids at number one? Look, we’re just as surprised as you. But it makes a certain amount of sense — this big box office hit represented Rodriguez using all his filmmaking gifts (he wrote, directed, edited, and produced) to reach the broadest possible audience. In a way, the over-the-top, family-friendly action of Spy Kids represented the full fruition of the talent that blasted its way onto the screen with El Mariachi almost a decade before — and it’s also, in the words of USA Today’s Andy Seiler, “A good live-action children’s movie — a species so rare that many presumed it extinct.”

In case you were wondering, here are Rodriguez’s top 10 movies according RT users’ scores:

Take a look through Rodriguez’s complete filmography, as well as the rest of our Total Recall archives. And don’t forget to check out the reviews for Sin City: A Dame to Kill For.

Lin-Manuel Miranda Breaks Down His Biggest Songs, From Hamilton‘s “My Shot” to Moana‘s “How Far I’ll Go”