From new rides to data storage, here's what you should consider packing before you hit the open highway this summer.

All of you adventurous wanderlusters, the summer is upon us, and you know what that means: ROAD TRIP! And here at the big Tomato, we’re all about helping you get the most out of your media enjoyment, so this month we’re taking a look at the travel tools that will help make your summer shenanigans extra fun, beginning with the most expensive all the way down to smaller accessories of convenience. We’re going to pack a lot in, so if there’s anything you want in greater detail, I’m letting you know right now, holler at me in the comments. 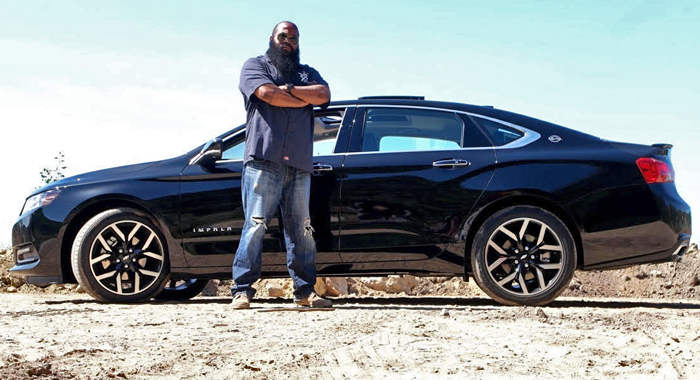 First up is the most expensive option, namely buying or renting a car outfitted with the latest in-car entertainment tech — you were in the market anyway, right? Whether you call it an infotainment system or telematics, things have certainly changed since the advent of in-dash displays and drop-down ceiling screens. I had the chance to test drive Chevy’s 2017 Midnight Edition Impala recently and it had a 4G LTE hotspot built right into the car. Powered by AT&T, that hotspot enables up to 8 devices in the car to be connected to mobile WiFi.

I took my family up the California coastline to put it to the test, knowing that in-car WiFi would have similar strengths and weaknesses as your cell phone. The strengths? Well, it’s mobile. You can access your Netflix, Hulu, or YouTube content anywhere you have a signal. The weakness? The whole “anywhere you have a signal” part. In other words, no signal, no streams. That said, a hotspot built into the car does means more signal strength. Colleague and automotive expert Chris Davies, Editor at Slashgear.com, has the expert take on all things auto tech.

“Since they’re not at the mercy of the same power limitations as a portable device, the car can have a far more powerful antenna. I’ve tested cars where the onboard 4G LTE has been able to get a few bars of signal, whereas my phone couldn’t even find the network,” Chris told me. I asked him whether or not built-in hotspots were gimmicky or actually a useful feature worth their added cost, and he told me, “I think in-car 4G LTE is one of those technologies where, once you’ve lived with it, you won’t want to give it up. I really like GM’s strategy of fitting the hardware as standard to almost all of its cars: it bypasses the ‘Should I pay extra for this?’ uncertainty when you’re first buying the vehicle.” These in-car hotspots have a monthly fee attached to them which will vary by manufacturer and carrier. The good news is that, with some carriers, you can activate them on a month-to-month basis.

What if you really like the idea of in-car WiFi, but you aren’t in the market to purchase or rent? You’re in luck, because many phone carriers have these new dongles that plug into something in your car called an OBD-II port, which is generally found under the dash, below the steering column, and is easily accessible without tools. What this does is read all of the diagnostic information your car’s computer produces and send it back to an app on your phone. Perfect for a road trip, so that if something goes wrong while you’re on the road, you’ll actually know exactly what that warning light means. Some of these dongles (like the one I recently tested, the Verizon HumX) even come with complimentary roadside assistance — another plus for your trek.

But getting back to the WiFi, these dongles are large enough that they’ve built cellular radios into them as well. Verizon’s HumX service not only gives you all of that diagnostic info, but it provides a mobile hotspot and connection for up to 10 devices in your car and can be added to your existing shareable data plan after you buy it for $99 plus activation. If you aren’t a Verizon customer, check with your own carrier, as they may have a similar product. T-Mobile has one called SyncUP, for example. As an added bonus, the apps for these connected car gadgets have some pretty comprehensive feature sets, especially awesome for parents of teens who may be roadtripping. You can set boundary alerts (geo-fencing), see the vehicle’s location, initiate stolen vehicle assistance — your car’s location will be sent to local law enforcement — and more, so it’s really worth looking up. Ultimately, think of Hum like a FitBit for your car that also has WiFi built in.

Ok, so you have the hotspot, but your phone is running dangerously low on juice. What to do? The Impala I tested had one USB port in the dash, two in the center console, and a full-size, three-prong plug for the backseat (no need to bring that converter), but what if you’re driving a late model car with no USB plugs and only one “cigarette lighter” power port? Break out the battery bank!

Power banks come in a multitude of physical sizes and power capacities. For traveling, pick the largest capacity you can afford — anything over 10,000mAh will do. Finding one shouldn’t be a problem because prices have come down quite a bit since their introduction. On top of that, you can often find them on sale at Amazon or elsewhere on the web. My favorite brands, which also do very well on Amazon, are Anker, Limefuel, Mophie, and Jackery. I’ve purchased or reviewed products from all of them, and they’ve all held their charges for years, with the newer ones supporting the current crop of quick charging technologies to get you topped off in a hurry. Mophie will be the most expensive of the bunch, but I include them because they really do make some very thin, high-quality products and some very functional battery cases for iPhones that are worth your consideration, if you’re willing to pay the markup. Jackery, Anker, and Limefuel also make multiport USB travel hubs/chargers that allow you to plug one brick into a wall and have two or more USB ports in them, so that you can charge multiple devices at a time from one outlet. You should be able to find most of these products for well under $100 — except for Mophie.

The other benefit to battery banks is that if you’re road-tripping on a budget and you stay in a room that doesn’t have enough outlets, you can just use your battery bank to to recharge your phone or tablet overnight. It’s especially useful for a road trip with a large family or your crew when there are more of you and your devices than there are outlets.

Now you’ve got WiFi and power, but what if there’s no connectivity, or you’ve run out of digital storage space? In this section, I’ll touch on backup plans for these exact scenarios. Plan #1 is all about having a backup to that streaming content. What if you’re going to be spending some time driving through some seriously rural territory where our previously discussed WiFi may not be poppin’?

Netflix now has you covered with the ability to download some of their content for offline viewing. Make sure you hit ‘em up before you hit the road to be sure the movies and shows you want are actually available for download. In January, Hulu promised they’d be offering the same thing, and though it has yet to materialize, it could possibly happen before you take your trip, so check with them during your travel prep as well. Have some movies or series on YouTube that you want to take with you? Subscribe to YouTube Red for $10 a month and you’ll be able to download that content for offline viewing, as well as gain access to Google Play Music unlimited. Of course, there are always the traditional options, like buying DVDs or Blu-rays that come with digital downloads so you can bring your favorite flicks and TV shows along for the ride, but what if your phone is already full? I mean, you have to delete stuff half the time just to install the latest OS updates, right? I’ve got you covered.

Backup plan #2 is offboard storage. iOS users are notorious for buying iPhones with smaller storage capacities and quickly filling them up with photos and videos, leaving little space for multimedia content. Not a problem any longer! MEEM is a new product, just launched, that allows you to charge AND backup your phone at the same time. So, when you’re on that road trip and taking tons of photos and videos, it will automatically back them all up overnight while you’re charging. Added bonus: you can also plug it into a laptop and download content directly onto it.

A product I tested about a year ago, from PhotoFast.com, solves this problem as well. Take a look at the MemoriesCable GEN3, or if you have content already on microSD, you can pick up their iOS card readers, which includes one with fast enough read/write speeds to handle 4k video. Like MEEM, the MemoriesCable can sync content to its built in storage while it charges your device. They have two options in three different connector types — you can pick up a cable in either micro USB, lightning connector, or USB-C. Of course, you’ll only need these options if your phone doesn’t support microSD cards. Unless you go with the 128GB capacities, you should be able to find one of these for well under $100.

Of course, you may want to listen to that content without disturbing everyone else in the car, so you’re going to want to pick up a decent pair of headphones. We have a whole primer on that here (be sure to hit the comments section for additional suggestions on headphone purchases). If you really want to get fancy with that content consumption on the road, you can pick up a pair of VR Goggles for smartphones. Goggles from Google, Samsung, and Alcatel all enhance your viewing experience by simulating having a large screen TV in front of your face. You may not be at home with your 80-inch, but these options will go a long way toward making you feel like you are.

A couple of other odds and ends that I religiously pack for travel are Belkin’s SurgePlus travel surge protector, a few microfiber cloths to keep those screens smudge free, and an extra cable or two. If you’re a parent of little ones, I suggest a rugged case for tablets, like the TFY Kids Car Headrest Mount Holder, Speck iGuy, or Griffin KaZoo Cases for iPad mini. They really help drop-proof those devices.

And that’s it! You are now ready for that summer road trip. Are there any road trip staples you must have with you in the car? Let us know in the comments below. 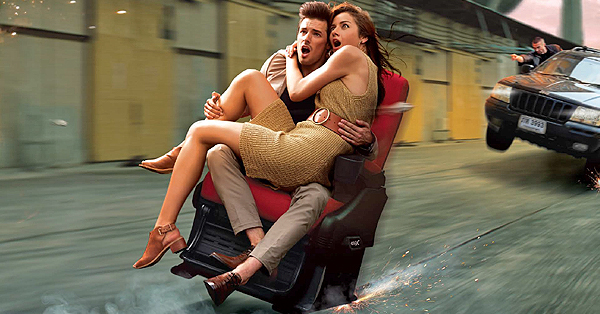 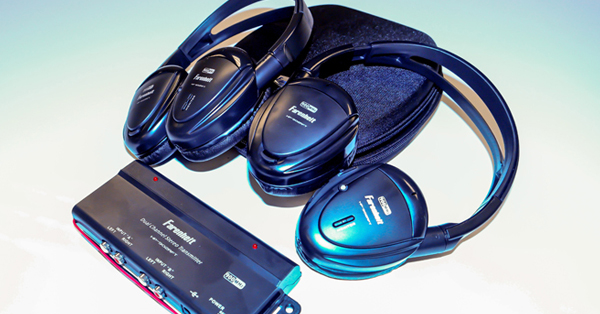 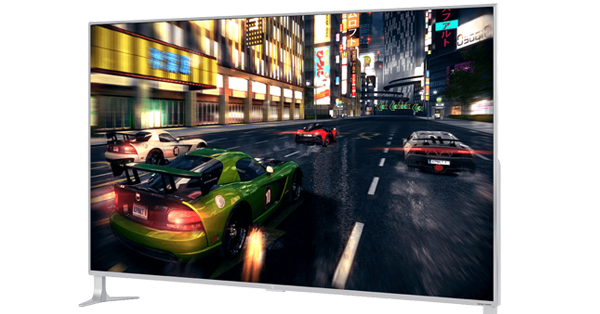