Netflix Geeked Week News Day 2: The Gray Man, The Sea Beast, The School For Good And Evil, And More

Netflix’s week-long virtual convention, Geeked Week, returned Tuesday with its fair share of trailers, teasers, and first looks at some of the platform’s upcoming films. Of course, it’s a lot of information to parse, so we’ve compiled it into a handy list of the day’s events with a few words from participants like Chris Hemsworth, Sofia Wylie, and The Russo Brothers.

And be sure to check in each day as we’ll be adding to our knowledge base as Geeked Week continues.

The Russo Brothers Come To Netflix With The Gray Man

After directing Marvel Studios films for nearly a decade, the Russo Brothers take on a different sort of mission with The Gray Man. The film reunites them with Chris Evans and their Captain America and Avengers scriptwriters Christopher Markus and Stephen McFeely, but it centers on Ryan Gosling‘s Sierra-6, a hardened criminal co-opted by the CIA’s Sierra program. Now trained to do shadowy assassin work for the company, Gosling’s agent goes rogue when he starts to question his own identity. As a consequence, contract killer Lloyd (Evans) is called in to erase Sierra-6. Ana de Armas, Billy Bob Thornton, Alfre Woodard ,and Jessica Henwick also star.

During a discussion about the film, Joe Russo said it started with their love of actions films. “[Anthony and I] watch stuff and dissect stuff,” he explained. “Action films were a constant” in their conversations due to “the high degree of difficulty [in the filmmaking]” and it inspired them to convert Mark Greaney’s novel of the same name into an ambitious action film with nine key set pieces. “What was so compelling about the book is a character on the run — and Lloyd is a savvy hunter of men while Sierra-6 is impossible to catch. How do we push that to its limits and make it a compulsively watchable movie for the audience?” Joe said.

And though it will feature a lot of action — as proven in the trailer and a new clip screened during the panel — Anthony Russo mentioned they still enjoy “being able to shift gears with the audience.” That ability to shift gears was one of the key reasons they wanted to work with Gosling.

“He also has a quirky sense of humor,” Joe added. 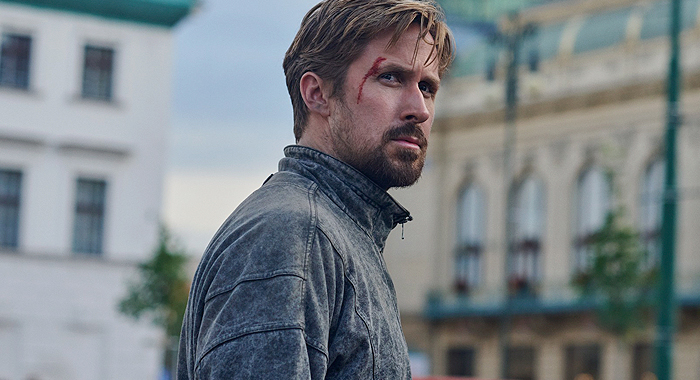 Anthony explained some other reasons Gosling made for a good lead. “Ryan is a master of subtlety. He knows how to convey a complex inner life while doing very little. And that’s what this character needed. He’s a very careful, cloaked character,” he said. “His approach to acting is similar to the Gray Man’s approach to living.”

Meanwhile, Joe appreciated Evans’s willingness to use his persona in the service of a truly villainous role. “It reminds us of [Henry] Fonda in Once Upon a Time in the West, where he took this American West persona and played a child killer,” he explained. That said, the clip — Lloyd and Sierra-6’s first meeting — indicates some of the actor’s humor and charm will still be on display.

The Gray Man debuts on July 22.

The film was the key attraction in a day of previews and announcements. Netflix also released a First Look teaser for director Roar Uthaug’s Troll. Although it was just a brief glimpse, it is clear a stone troll will cause some problems for a hillside Norwegian community. According to Netflix, however, the movie outlines the troll’s journey to Oslo – will he be a friendly monster?

Other trailers and teasers included previews for the Spanish slasher film Killer Book Club, the Norwegian sci-fi action comedy Blasted, and Hemsworth’s upcoming Spiderhead, directed by Top Gun: Maverick director Joseph Kosinski. Based on the George Saunders short story, the latter follows a man running a correctional facility that “allows its inmates to shorten their sentences by participating in drug trials for mind-altering substances.” Miles Teller and Jurnee Smollett also star as prisoners/test subjects. In a clip from the film, Teller’s character interacts with a fellow prisoner after one of the experimental drugs activates their libidos.

Also, August 12 will bring Day Shift to the platform, and in the behind-the-scenes video that aired during the presentation, Jamie Foxx claimed “it’s like nothing you’ve ever seen before.” He stars as a vampire hunter in a world where the profession is not only public, but a good source of fame and fortune. Also setting the project apart is the participation of producer Chad Stahleski and director J.J. Perry – veteran stunt coordinator on the John Wick film series. Indeed, its spin of vampires with car chases feels fresh, as does the use of practical effects and the San Fernando Valley filming locations.

The School for Good And Evil author Soman Chainani and stars Sofia Wylie and Sophia Anne Caruso sat down to discuss the upcoming film adaptation from director Paul Feig. The novel series and film centers on Agatha (Wylie) and Sophie (Caruso), two best friends in a village where one is accused of being a witch while the other is truly aligned with dark powers. But their lives change when they are admitted to a school where heroes learn their virtues and villains learn the subtleties of evil.

Despite the apparent binary of the premise, Caruso noted that nothing is that simple. “Everyone has good and evil in them,” she said.

“We don’t need to be characterized as anything but human beings,” Wylie added.

Chainani said part of his intent in writing the series was to create a “magical school that felt like a Madonna concert.” Nevertheless, he never expected that atmosphere to be reproduced on screen. “You assume it will be this [post-production] pixel-fest, but to see this school brought to life – it’s like an out-of-body experience,” he explained. His other intent with the series was to explore the bonds in female friendships and how they survive cracks and pressures – often caused by a third friend or romantic partner – and yet survive.

“It’s always been difficult for me to have lasting female friendships,” Caruso admitted, although she thinks the bond she formed with Wylie will be lifelong.

“That union [between friends] really is special,” Wylie added. “It’s unbreakable. Even when we fight, there’s always that bond.”

Describing Sophie as his “behavior” and Agatha as his “conscience,” Chainani said the pair of actors ended up being “perfect” and that their friendship is “the pulsing heart” of the story.

Feig made a brief appearance to unveil a teaser for the fantasy film, due out this September.

Sneak Peeks at The Sea Beast and Wendell & Wild

Although animation will be the focus on Wednesday, director Henry Selick shared a clip from his upcoming stop-motion feature, Wendell & Wild. Written by Jordan Peele, it centers on two demons trying to change their lot in life. Peele and compatriot Keegan-Michael Key lead a voice cast that includes Lyric Ross, Angela Bassett, Ving Rhames, and James Hong. In the clip from the film, a young girl finds a seemingly possessed doll she calls “Bear-zi-bub” — whether or not the possession is the work of the demons remains to be seen.

In the same feature animation vein, Karl Urban unveiled a trailer for his film, The Sea Beast. He stars as a monster hunter who must deal with a child enamored not only by the sea, but the threat of monsters in the murky depths. Oh, and the monsters are absolutely real. “These sea beasts are pretty frickin’ huge,” Urban said in a video message to viewers. The film debuts July 8 on Netflix, and it will also appear in select theaters later this month. 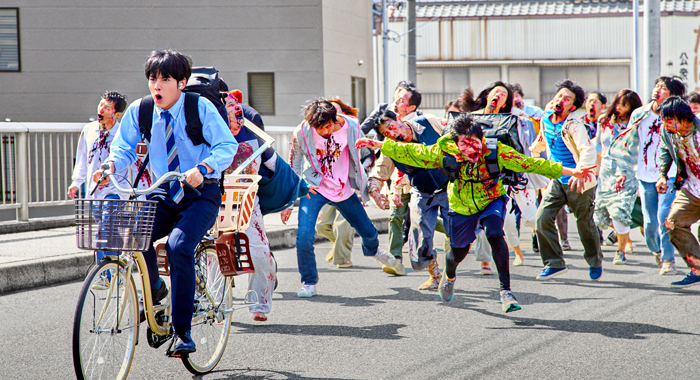 Tuesday was also the setting for a new film announcement. Zom 100: Bucket List Of The Dead is an upcoming Netflix original feature based on the manga series of the same name. Star Eiji Akaso and manga creators Haro Aso and Kotaro Takata introduced themselves while the platform also offered up a First Look photo from the film. Akaso plays an office worker who wakes up to a zombie nightmare, but uses a positive attitude to face the new challenges in his world. “You will laugh and it will brighten up your day,” the star said.

Meanwhile, director Zack Snyder and Sofia Boutella also briefly appeared to discuss their upcoming film, Rebel Moon. In it, Boutella stars as a woman from a colony threatened by an aggressive space power. Leaving home, she searches for warriors on neighboring worlds to mount a defense. Call it Seven Samurai in space – but there is a reason why that story keeps getting retold. The film is currently in production.

Snyder also promised news about his other projects, Army of the Dead: Las Vegas and Twilight of the Gods, is forthcoming.