The star of Vigilante Diaries has a sweet spot for 1980s comedies.

Michael Jai White, known for terrific performances in such diverse projects as Tyson, Why Did I Get Married, Spawn, Black Dynamite and Tyler Perry’s For Better or for Worse has been a busy guy. His latest film, Vigilante Diaries, is playing in limited release, but he made time for Rotten Tomatoes when we asked him what his favorite movies are. Here are five from the top of his list:

I think Princess Bride is my very favorite all time movie. It’s gotta be number one. There is no way that movie comes on without me watching it. It’s funny. It’s sweet. It’s adventurous. I can watch it with my kids. It’s just a delight. I just feel great watching the movie and afterwards. It might be the one movie I’ve seen more than any other movie. I don’t know if that kills my tough guy image. 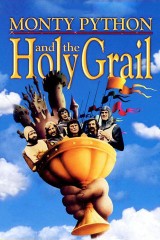 To me, Monty Python and the Holy Grail is the funniest movie ever made. There are influences in this film that caused me to write Black Dynamite. I’m such a Monty Python Fan. I think that the layers of humor go from absurdly silly to very intellectual and then you have the physical humor on top of that. I don’t think I’ve seen a movie as physically and mentally funny with the brilliance of satire and political humor underneath it. This movie is just so layered, and again it is what influenced me in writing Black Dynamite. 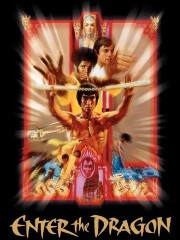 This movie largely influenced me by putting me in the position I am in now. It’s the greatest martial arts movie ever made. 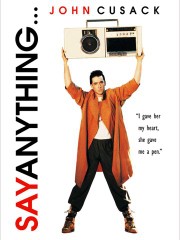 Say Anything is just such a sweet coming-of-age movie. I just love everything about it: the romance, the comedy, the time period, the music, and the chemistry between the two lead characters. This movie was the beginning of a lot of great careers. The image of John Cusack and the Peter Gabriel song “In Your Eyes” is just so iconic. And Cameron Crowe is my favorite director of all time. If there were a sixth favorite film, it would have been Almost Famous. 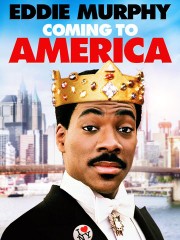 In my opinion, Coming to America is the second funniest movie ever made. And it is one of the most quoted films I’ve ever seen. It’s just a masterpiece.