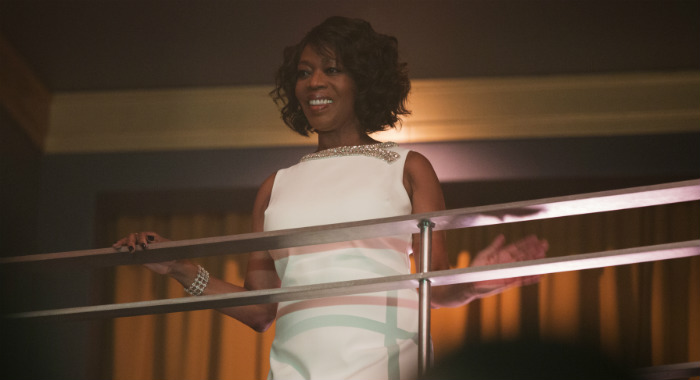 SPOILER WARNING: Don’t read on if you don’t want to know about the events of Luke Cage‘s second season finale!

Ding dong, the witch is dead.

If the first season of Netflix’s Luke Cage saw the transformation of Harlem councilwoman Mariah Dillard (Alfre Woodard) into Harlem villain Mariah Stokes, the second season saw her fully embrace that role — to her own detriment.

Mariah spent the first season trying to avoid her ties to the Stokes crime family, only to claim her No. 1 spot by killing her cousin, Mahershala Ali’s Cornell “Cottonmouth” Stokes, and embracing her criminal heritage (and the example set by her evil aunt, Mama Mabel — who tried to keep her niece out of the family business). In the second season, she leaned into the Stokes family legacy, only to be taken down by her own flesh and blood.

In the final episode of season 2, Mariah was murdered by her own daughter, Tilda (Gabrielle Dennis) — via a poison-laced kiss, no less.

Rotten Tomatoes spoke to Woodard and Dennis about the power dynamic of  the two women, Mariah’s journey this season, and what that final act meant to Tilda. 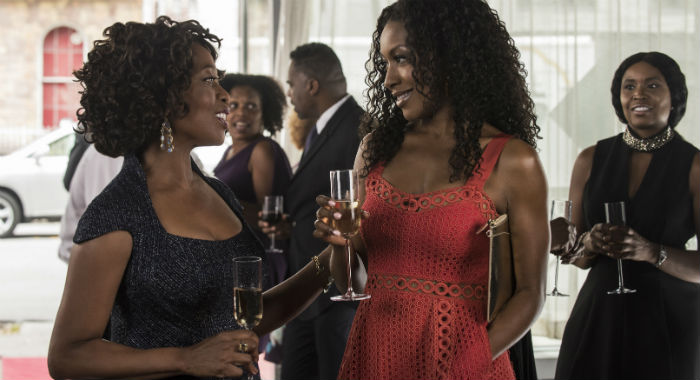 Much like her estranged mother, Tilda has wielded her power in quiet — until now.

“Tilda represents the woman who has a silent strength that’s untapped. There’s usually something that happens in our life that forces us to face the music, if you will, forces us to make a decision,” Dennis said. “You get that crossroads in life. Which path am I going to go down? And the decision that she makes and the road she goes down is a very unexpected one, but I think that unexpected decision also happens from the audiences’ perspective because a lot of times we take for granted or don’t pay attention to those that are silent or those that a little more soft-spoken. But those are the ones you have to watch out for.”

But Tilda’s kiss of death in the finale was the direct result of her own embrace of power, and her making a decision to remove what looked like, to her, a bad seed who has caused chaos and hurt and pain for so many people. She’s embracing her own legacy, Dennis said.

“I think there was a struggle to probably make that decision, but once the decision was made, I don’t think there was much more conflict at that point,” she said. “That’s in her DNA. So as much as she’s tried to run away and redefine and recreate this Tilda that people have seen in this little small scope all in her life up until now, she has to embrace who she is. She has to embrace those last names that she was born into and that’s part of her blood. And then once she realizes that, it’s kind of like, OK, well, I was born to do this.”

That one act — and that embrace of her power — will likely see Tilda bloom into her villainous alter-ego Nightshade in season 3, Dennis teased.

“Her journey was slowly built up … [and] most people is aren’t going to expect Tilda to be part of anything, really. Then to basically pull the trigger and see how she embraces her dark side, I think, is what that journey’s going to be for season 3 — and then eventually seeing this Nightshade everyone speaks of, how that will come into play for that season,” she said.

Speaking of embraces, star Woodard said that one pivotal aspect of the season saw Mariah come into not only her power, but also her sexuality.

“Once you start flexing power, you are going to be flexing your sexuality,” she explained. “She is as full of testosterone as — not quite Luke, but certainly any other man she can go toe to toe with. I think women of a certain age are going to feel really good about seeing their reality played out in terms of their sexuality, their sensuality.”

To be frank, Woodard said: “The truth is, we all know that we have been hitting that G-spot longer than women who are 20, 30, and 40, but they don’t know it. So I think that’s a triumph is that you see a grown woman [embracing her sexuality]. We don’t even want to think about our mothers as sensual, sexual beings, but you know what? We’ve been at it longer than you have.”

Luke Cage  season two is available to stream on Netflix.