The League of Extraordinary Gentlemen gets a reboot, Channing Tatum stars in adaptation of his children's book, and new projects for Ariana DeBose, Robert De Niro, Julianne Moore, and More.

This week’s Ketchup brings you more headlines from the world of film development news, covering such titles as Barbie, the Hunger Games prequel, and a new Ocean’s Eleven. 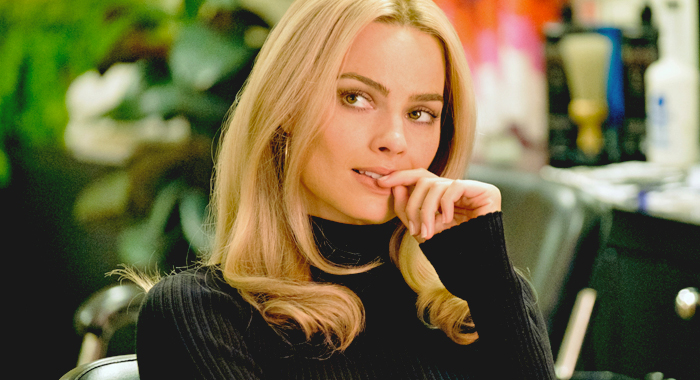 Back in 1960, when Frank Sinatra, Dean Martin, Sammy Davis Jr, and other Rat Pack associates starred in the original Ocean’s Eleven (Rotten at 48%), there was probably no inkling among those involved that the film would someday inspire a whole franchise. Of course, Warner Bros. didn’t immediately jump to a sequel, because first, there had to be Steven Soderbergh’s remake (Certified Fresh at 83%), which did get two direct sequels, and then in 2018, the spinoff Ocean’s 8 (Fresh at 68%), starring Sandra Bullock, Cate Blanchett, and others. All told, the Ocean’s Eleven franchise currently has five films, but that number will soon expand to movie number six, with Margot Robbie now attached to produce and star in the next Ocean’s Eleven film. We know that the film will be set in the 1960s (like the original film) and in Europe (like Ocean’s Twelve), but other details, like the number of criminals or whether it’s a prequel to the earlier films, are currently unknown. The film might also get its own title, but for now, it’s an untitled Ocean’s Eleven movie that is being written by relative newcomer screenwriter Carrie Solomon for comedy director Jay Roach (Meet the Parents), whose Austin Powers: International Man of Mystery had a “swinging ’60s” vibe that might be suitable for this new film.

1. PIXAR’S NEXT AFTER LIGHTYEAR TO BE MAGICAL ELEMENTAL

Many of the animated Pixar films can be grouped together thematically, including the Toy Story franchise itself, which includes next month’s Lightyear (6/17/2022), and the fantasy family comedies (Coco, Luca, Turning Red). Inside Out (Certified Fresh at 98%) and Soul (Certified Fresh at 95%) have some similar elements as well, as much of the cast and premise entail embodiments of abstract concepts (emotions in Inside Out and souls in Soul). Next year, we’ll be getting another Pixar film with a similar premise called Elemental (6/16/2023), about a magical city where the citizens all represent one of the classical elements of Earth, Wind, Fire, and Water. Specifically, it appears to be a romantic comedy between a “fiery young woman” named Ember, and a “go-with-the-flow” watery guy named Wade (Elemental appears to be very punny). Elemental will be the next Pixar film from director Peter Sohn, who made his feature film debut with Pixar’s The Good Dinosaur (Certified Fresh at 76%) in 2015, but the voice cast has not yet been announced. Elemental currently has its June 16th, 2023 release date to itself, which is one week after Transformers: Rise of the Beasts and the Will Ferrell canine comedy Strays (both of 6/9/2023), and the week before the DC Comics movie The Flash (6/23/2023). Unlike the recent pandemic-era Pixar films (Soul, Luca, and Turning Red), the plan for Elemental appears to be a theatrical exclusive, as June 16th, 2023 is the Friday before Father’s Day.

Although the live-action Barbie (7/21/2023) has been in development for several years now, the premise has been kept quite secret (not counting the previous adaptation, which would have starred Amy Schumer). Until this week, all that we really knew about the movie was that Margot Robbie and Ryan Gosling have the lead roles as Barbie and Ken, and that the comedy features an ensemble cast that includes Michael Cera, America Ferrera, Will Ferrell (as the head of the Barbie toy company), Simu Liu, Kate McKinnon, Issa Rae, and Alexandra Shipp. Thanks to two Tweets (this one about Barbie, and this one about Ken) from a New York Times reporter at Cannes, we now have a bit more of an idea of the nature of some of the Barbie characters. Issa Rae and Hari Nef are reportedly playing other versions of Barbie, and Simu Liu (Marvel’s Shang-Chi) and Ncuti Gatwa (the new Doctor Who) will be playing other versions of Ken. This has led writers online to speculate how exactly all the various versions of Ken and Barbie will exist within the same Barbie movie (including the idea of “a Barbie multiverse”). Whatever the movie is really about, its direct competition on July 21st, 2023 is currently Christopher Nolan’s Oppenheimer.

3. WE NEED TO TALK ABOUT JULIANNE MOORE’S NEXT MOVIE

Scottish director Lynne Ramsay’s films (Morvern Callar, We Need to Talk About Kevin, You Were Never Really Here) have consistently received critical acclaim, nominations, and awards (though no Oscars yet). Ramsay’s next film will be Stone Mattress, an adaptation of a 2011 short story (which you can read right here) by Margaret Atwood, the author of the novel The Handmaid’s Tale (the AMC series adaptation is Fresh at 83%). Julianne Moore and Sandra Oh are both attached to star in Stone Mattress, a revenge thriller about a widow (Moore) on a luxury cruise through the Arctic who meets Oh’s character and a male character (yet to be cast). Amazon has the U.S. rights to Stone Mattress, so it will likely debut on Prime Video. Filming is scheduled to begin on location in Greenland and Iceland in September, 2022.

When Jennifer Lawrence was first cast in The Hunger Games (Certified Fresh at 84%) in 2011, she was mostly known for the award-winning drama Winter’s Bone (Certified Fresh at 94%), as X-Men: First Class (Certified Fresh at 86%) was still a few months away from release. Lionsgate and Francis Lawrence, who directed all of The Hunger Games films (except the first), appear to be striving to discover another rising star actor for the prequel The Hunger Games: The Ballad of Songbirds and Snakes (11/17/2023). The lead role of the young Coriolanus Snow (played in the original films by Donald Sutherland) will be played by the 27 year old British actor Tom Blyth, whose highest profile role currently is as the lead role in the EPIX series Billy the Kid (Rotten at 50%). In the prequel, the 18-year-old Corilolanus Snow will become the mentor of the girl tribute from the impoverished District 12 (the future home of Katniss Everdeen).

5. THE LEAGUE OF EXTRAORDINARY GENTLEMEN TO BE REBOOTED ON HULU

Comic book writer Alan Moore is the author of hundreds of stories which are widely acclaimed, but adaptations of his comics have a spottier track record, ranging from highs like V for Vendetta (Certified Fresh at 73%) and Watchmen (Fresh at 65%) to lows like From Hell (Rotten at 57%) and Constantine (Rotten at 46%). The lowest point for an Alan Moore adaptation to date was probably 2003’s The League of Extraordinary Gentlemen (Rotten at 17%), which was adapted from the first story in Moore’s four-volume series that imagines a highly detailed world in which literary characters like Captain Nemo, the Invisible Man, and Mister Hyde are real and part of a team. (Showtime eventually had much more success with their similar series Penny Dreadful.) Next year will mark the 20th anniversary of that Sean Connery film, and so perhaps with that in mind, Twentieth Century Studios (now part of Disney) is developing a reboot of Alan Moore’s The League of Extraordinary Gentlemen that is intended to be a feature film on Hulu. The screenplay is now being adapted by screenwriter Justin Haythe, whose other credits include Revolutionary Road (Fresh at 67%) and Red Sparrow (Rotten at 45%). It’s not yet known if Hulu’s plan is to potentially follow up the first League of Extraordinary Gentlemen film with sequels covering later volumes, but there is plenty of material.

Frankestein director James Whale chose to set part of the sequel Bride of Frankenstein (Certified Fresh at 98%) in 1816 as author Mary Shelley entertains her husband Percy Bysshe Shelley and friend Lord Byron with her gruesome tale of the undead. That framework established a future Frankenstein trope for other filmmakers to incorporate Mary Shelley into their films, such as the 2017 Elle Fanning film Mary Shelley (Rotten at 41%) and 1988’s Rowing with the Wind, starring Hugh Grant as Lord Byron. The circumstance of Mary Shelley’s conception of Frankenstein will be the focus of the British film Mary’s Monster. Danish actress Clara Rugaard will star as Mary Shelley, with Game of Thrones and Eternals co-star Kit Harington playing “The Monster,” in a drama about how “Mary is seduced by her own inner monster catapulting her into a dangerous, destructive psychological romance. Realising the monster is inextricably linked to her own mental state, her only route to salvation is in bringing him to life.” British television director Farren Blackburn (The Fades) is currently preparing to start filming this summer.

7. CHANNING TATUM TO STAR IN ADAPTATION OF HIS CHILDREN”S BOOK

Last year, actor Channing Tatum expanded into a new field as the author of a bestselling children’s book called The One and Only Sparkella. Now, Tatum is attached to produce and star in an adaptation of the book that is being produced for MGM (which is also now part of Amazon). Tatum will play the father in the book’s story, but the title character of Sparkella hasn’t yet been cast. Channing Tatum is also attached to star in a film called Pussy Island, which will be the feature film directorial debut of The Batman star Zoë Kravitz. Tatum’s co-stars will include Naomi Ackie (Star Wars: The Rise of Skywalker) and Simon Rex (Red Rocket). Ackie will play a Los Angeles waitress who sets her sights on a super wealthy tech industry mogul played by Tatum.

In the months before filming of the next Star Trek (12/22/2023) film begins, Chris Pine will be otherwise busy making his feature film directorial debut with a Los Angeles-set drama called Poolman, which he also co-wrote, and in which he will also star as the title character. Other co-stars will include Danny DeVito, Annette Bening, and as of this week, Academy Award-winning West Side Story (Certified Fresh at 91%) breakout star Ariana DeBose and Jennifer Jason Leigh, who received an Academy Award nomination for her role in Quentin Tarantino’s The Hateful Eight (Certified Fresh at 74%). Filming will start in Los Anglees in June.

Some actors are successful enough on the international film stage that they are regularly represented at the Cannes Film Market (which is going on right now) by more than one film. This year, one of those stars is Robert De Niro, who made the news twice this week with two different new projects that both made headlines within hours of each other on Wednesday. Let’s start with the comedy-drama Inappropriate Behavior, which will feature De Niro and Bobby Cannavale (De Niro’s co-star in The Irishman). Actor-turned-director Tony Goldwyn will direct the film about a late night comedy writer (Cannavale) who attempts a struggling career as a stand-up comedian, which leads him to move in with his eccentric uncle (De Niro), who is a a chef-turned-doorman. De Niro’s other new project yesterday was the action movie Tin Soldier, which will also feature Jamie Foxx, John Leguizamo, and Scott Eastwood, with Brad Furman (The Lincoln Lawyer) directing. Tin Soldier will tell the story of a militaristic cult led by Foxx’s character, “who preaches to hundreds of veterans who have been drawn to the promise of protection and purpose under him.” Robert De Niro will play a military operative who is hired by the government to recruit a former follower (Eastwood) to aid him on a mission to take down the cult. Filming of Tin Soldier is scheduled to start next week in Greece.