Multi-talented Jemaine Clement, known for everything from Flight of the Conchords and What We Do in the Shadows, to Despicable Me and Men in Black III, is now starring in People Places Things. He talked to Rotten Tomatoes recently about his “if not brilliant, I hope at least understandable” Five Favorite Films. Here’s his-more-than-understandable collection: 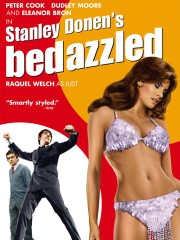 Number one is easy, Bedazzled. The original 1967 piece with Peter Cook and Dudley Moore. It’s pretty simple. It’s really funny, and strange____. It’s like I think it was a big influence on my. I saw it in the ‘80s when I was a kid. I think it was on my grandma had, I mean she has seen it before we did, and she had few, we had video types, and I remember seeing the words all handwritten in ____ “Bedazzled”, and it big effect when I’ve seen it, and even the word interested me. Dudley Moore is a meek man who’s in love with this woman, and he makes a deal with the devil, played by Peter Cook to keep trying to change himself to be the kind of man that she would like, and I don’t know of course none of them are going to work. There’s always something wrong with the situation. 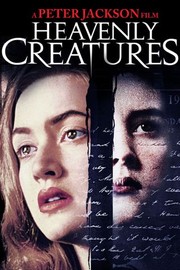 Heavenly Creatures; put a New Zealand one in here, for national pride, but I do think it’s a beautiful and interesting film. It’s the most beautiful film about matricide he ever made. 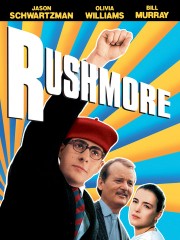 Rushmore. That must come up a lot. But it’s funny, and I know that the movie Harold and Maude is probably a big influence on that; but I hadn’t seen that when I saw Rushmore. I hadn’t seen anything like it. It’s really funny. I think Wes Anderson is really hilarious and most people don’t notice, because of the style of the film. Grand Budapest Hotel, to me, was the funniest film of the year, but people saw it as an art film. I think I related to Max as well, because I grew up poor like he did, and when I went to University I did feel like I was kind of pretending of fitting in this world. I related to Max. 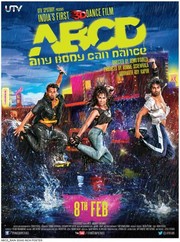 I’m going to put in a strange one now, Any Body Can Dance. This is my favorite movie for the last two years. It’s a Bollywood musical dance movie, and I don’t watch enough Bollywood movies. I watch them on the plane sometime, and you know because I travel a lot from place to place, and this one has been my favorite Bollywood films. It’s nearly unpredictable, you know if you’re coming from a Western point of view, but I _____ the same way Bollywood has a different theater role. So for me it’s always surprising what happens in the story, at least it still is, and this is amazing music and dancing in it. It’s like 20 Indian Michael Jacksons. I’ve seen it twice, and parts of it I’ve seen three times. It’s crazy. It’s unusual for a recent movie for me. Yeah, it’s a weird one. It’s not going to be for everyone, I know. 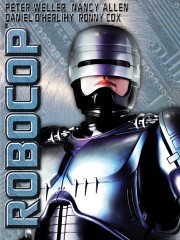 Well the film I’ve seen most in my life is the original RoboCop. So I’m going to put that in. I can’t ignore it. I’ve seen that about 15 times. I think I was too young (to see it in theaters), but I remember being excited about it, and somehow someone had given me these RoboCop stickers. I use to cry if I was out of stickers. Cop, man, part machine, all cop, so you would have had all the stickers on my bedroom that said, “Look out! Protected by RoboCop.” You know it was on my window in the shape of a shield, and you know it was very original at the time. It had a great sense of modern time through it the whole way, which is still appropriate today. The thrill of that, I would want people to value it.