Plus, is Pennywise getting an origin story? We're diving deep on the creepy new trailer.

The first trailer for It: Chapter Two dropped on Thursday morning and… well, thanks yet again for the nightmares, Pennywise, Warner Bros., Andy Muschietti and Co. Really, thanks a bunch.

The bulk of the first trailer is made up of a 2 minute and 15 second scene featuring Jessica Chastain’s adult Beverly coming back to Derry to visit her childhood home and meeting its current occupant – the schvitzing Mrs Kersh who, of course, is not quite as she seems. After some exchanges of pleasantries (“No one who dies here ever really dies”), we start to see that something is amiss. As in moves-around-in-the-background-like-a-dancing-clown amiss. 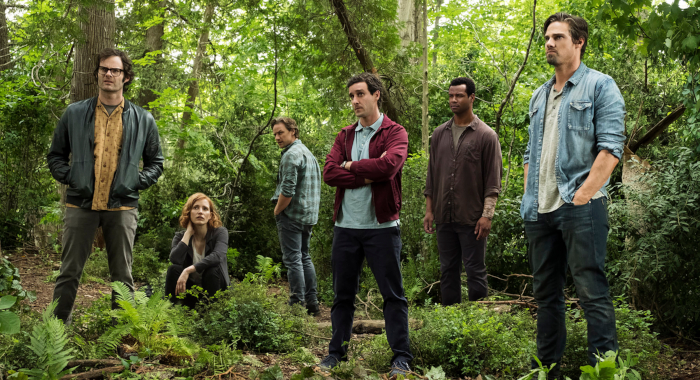 Turns out Kersh is Pennywise’s daughter… or so she says.

The rest of the trailer features a series of quick cuts that reveal the Losers Club is back together, Pennywise is back up to his old tricks (the red balloon budget has increased sizably), romance is in the air, and we will definitely get to see the original film’s younger cast in multiple flashbacks. The flavor of the original, and of Stephen King’s 1986 novel, all looks in place.

There are hints this could be an origin story for Pennywise – there’s Kersh, saying she’s his daughter (though King fans will know Kersh is a form of IT); images of an un-made-up Pennywise with his traveling circus; and, a harrowing little shot of the clown seemingly tearing off his makeup. 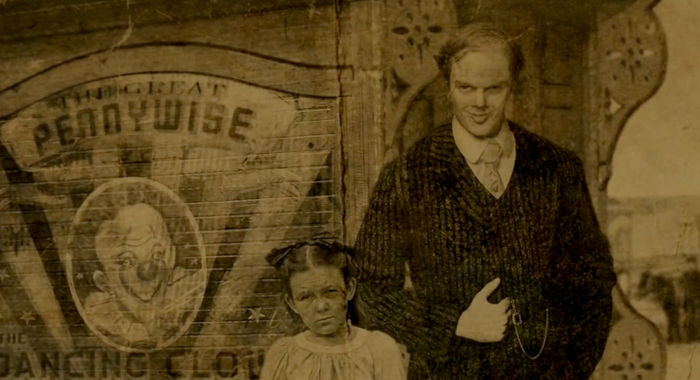 The first It trailer back in March of 2017 was an event, and broke the record for most-watched trailer online in a day with 197 million views across the world. That figure smashed the previous record held by The Fate of the Furious (but has since itself been beaten by The Lion King, Infinity War, and two trailers for Endgame). The 2017 trailer’s set of creepy images – red balloons floating through libraries, clowns appearing suddenly in drains – and that terrifying tagline (“You’ll float too!”) got horror fans hyped for the movie, which would go on to become the highest-grossing horror movie ever, making more than $700 million worldwide.

Will the first trailer for It: Chapter Two have the same impact? The goosebumps on our necks point to yes. But what did you think of the first trailer? Let us know in the comments. In the meantime, check out our picks for the five freakiest moments from the trailer.

“I was always daddy’s little girl.”

Holy hell. The extended sequence of Beverly in her childhood home ends with a bang, with Mrs. Kersh running jaggedly out of the dark towards her prey. The two minutes are a study in slow-building suspense – if this is the direction director Andy Muschietti is taking us in, we’re definitely here for it.

Pennywise Goes Full Carl from Up

Seems that Richie (Bill Hader) has an encounter with our dancing clown at a carnival, and Pennywise has taken that famous sequel directive “bigger is better” to heart, absolutely piling on the balloons. So he can fly now. Great.

We think that’s Beverly in that pool or bathroom that’s filled with blood. The image is giving us Stephen King throwback vibes – it’s the Carrie prom meets The Shining elevator. It’s also giving us serious The Descent vibes, on a non-King–related note.

Thought you were done with that drain? Think again. Looks like Georgie is back to haunt Bill (James McAvoy), and he got his arm back.

The story may be focused on the adults, but that doesn’t mean that Pennywise is leaving Derry’s kids alone. In the trailer’s final moments, he appears to a little girl (we think it’s Victoria, played by Ryan Kiera Armstrong) behind the bleachers.

It: Chapter Two opens in theaters on September 6, 2019